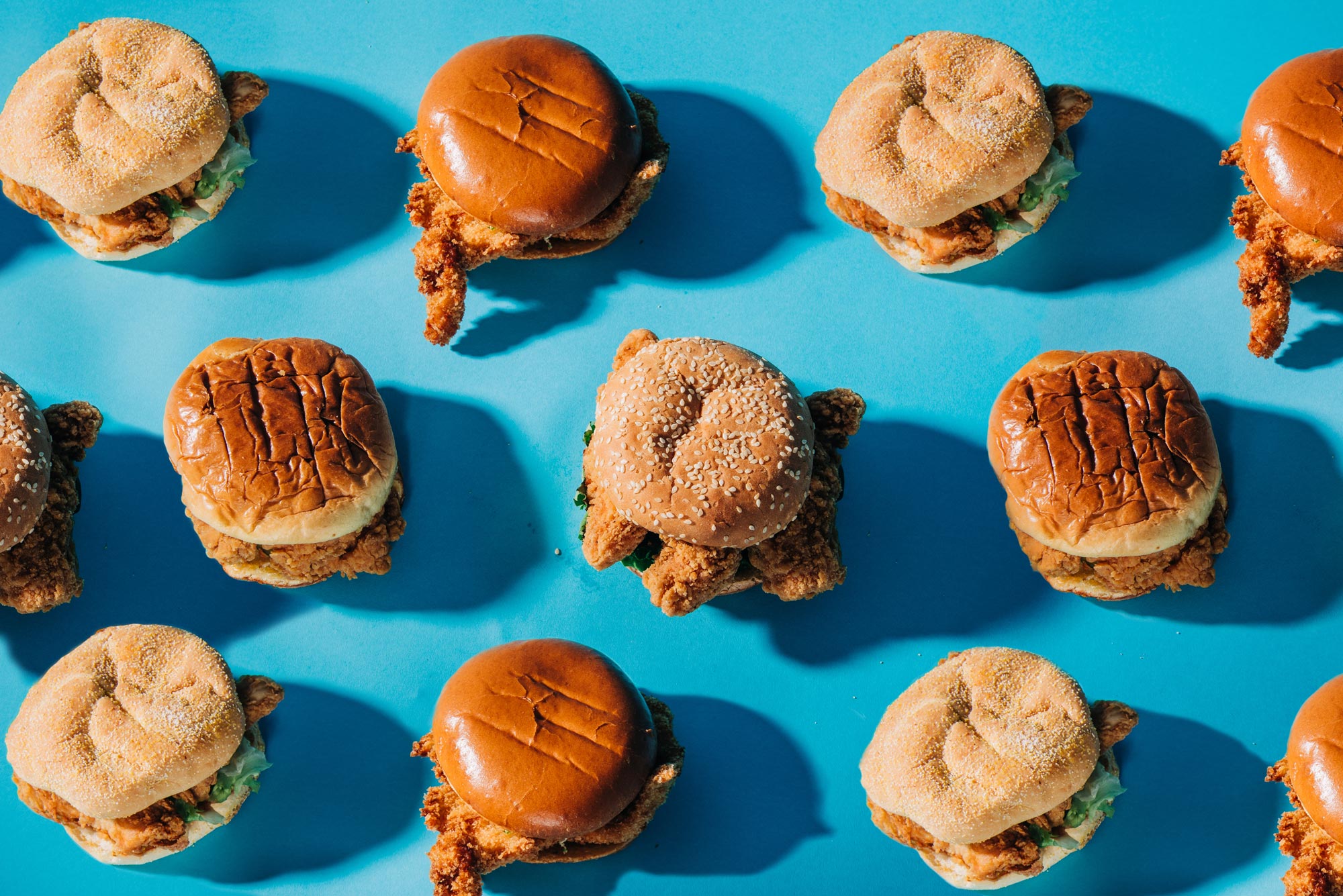 Chick-Fil-A says its founder invented the chicken sandwich in 1946; that claim is unsubstantiated.

Are You Eating the Best Chicken Sandwich?

Our interns tried, and rated, five sandwiches—find out which one tops them all

Last summer saw the launch of an immensely popular sandwich that would take the world by storm. Popeyes locations across the country, including the now defunct Kenmore restaurant, were selling out of its new savory fried chicken sandwich for weeks following its release. Now that the hype has died down, three BU Today interns have taken on the challenge of rating various chicken sandwiches around Boston and on campus. Their mission? To find which fast food chicken sandwich really deserves the accolades.

Our interns (Jacob, Rusty, and Nathan) assessed the essential elements to any great chicken sandwich: the chicken, the bun, and the toppings, and rated each from 1 to 5, with 15 being a perfect score. Once each sandwich had been meticulously tasted and savored, the interns’ individual ratings were averaged to provide an accurate, definitive judgment of the chicken sandwich hierarchy.

Jacob: Not even the spicy mayo or the pickles could salvage this high school cafeteria–esque sandwich. Next, please.

Rusty: Rhett’s spicy mayo provided some extra flavor, but beyond that, it’s guaranteed that you can find a better place to fill your chicken sandwich craving.

Nathan: Three problems. First, its spicy mayo sauce was too concentrated in the middle of the sandwich. Second, it was on an unremarkable bun. And third, it comprised three tenders instead of a patty. This sandwich is one you can skip.

Jacob: The bread was solid and the portion size of the chicken impressed, but the excess of tomato ruined this one for me.

Rusty: The bun stood out and the chicken was a step up from Rhett’s, but the tomato overpowered the other flavors.

Nathan: While this may be a chicken sandwich, the real star of the show here is the bun. The soft, warm texture, matched with the world of flavor it provides, makes up for an otherwise average sandwich.

Jacob: The chicken is juicier than it looks, but at the end of the day, nobody goes to Tasty Burger for the chicken.

Rusty: Really nothing to write home about. The chicken is pretty good, but there are better places to go for a chicken sandwich.

Nathan: I would say more, but quite frankly this one’s best described with one word—average.

Rusty: Something about this sandwich—probably the spices rubbed on the chicken or the flavor of the bun—tasted truly authentic. I rated it the best thanks to that, the perfect amount of mayo on it, and the chicken itself.

Nathan: Those summer ravings hold true for this impressive sandwich. Boasting a chicken patty bursting with flavor and standout pickles, this marvel is still a must-try, even though it’s no longer in the headlines.

Jacob: With the best chicken and the unbeatable Cane’s sauce, this sandwich was an easy winner for me. No contest.

Rusty: Raising Cane’s uses its signature sauce (tangy, spicy, and using a secret recipe) as a crutch, but that crutch has made it into a multinational, billion-dollar corporation. It works well enough here, but the fact it’s three tenders on a bun knocked it down a bit in my personal ratings.

Nathan: All hail the magic Cane’s sauce. With a warm, fluffy kaiser roll and the establishment’s classic chicken tenders as a base, the sheer amount of flavor this sandwich brings stands out amongst the rest. We crown Raising Cane’s the winner.

Are You Eating the Best Chicken Sandwich?

There is 1 comment on Are You Eating the Best Chicken Sandwich?

Are You Eating the Best Chicken Sandwich?
1
share this