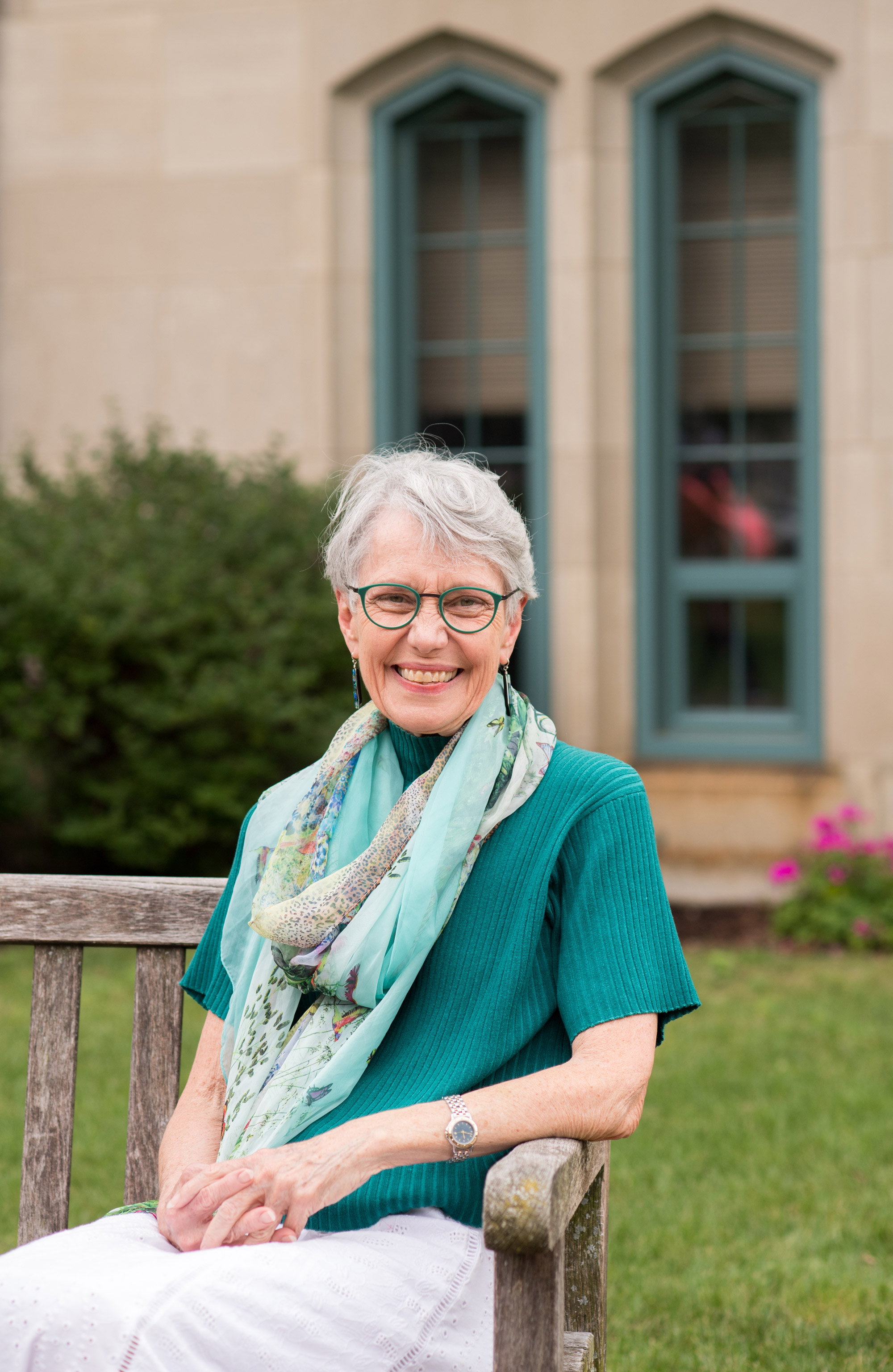 Mary Elizabeth Moore brought more research funding and degree programs to the School of Theology in more than a decade as dean. Photo by Cydney Scott

BU’s oldest school will lose its dean at the end of this academic year when Mary Elizabeth Moore hands off the leadership baton at the School of Theology.

Moore’s 11-plus years as dean saw increased funding for faculty research, reaccreditation of STH by the Association of Theological Schools, and the addition of new degree and certificate programs, including in Latin American and ecological studies and a PhD in theological studies. Moore is also an STH professor of theology and education.

“I will probably sleep for a couple of weeks,” Moore quips when asked about her post-dean plans. “Then, I will have a year’s sabbatical to work on research and writing projects, complete a MOOC [massive open online course] on interfaith leadership, and hang out with family and friends.”

“Dean Moore has provided clear-headed, compassionate, and inspired leadership,” Jean Morrison, BU provost, writes in announcing Moore’s decision. “Her passion for theological education and dedication to building a more just, peaceful, and sustainable world are apparent to all who have interacted with, and been impacted by, Dean Moore during her time at Boston University.”

That sentiment is seconded by the Rev. Robert Allan Hill, dean of Marsh chapel and an STH professor of New Testament and pastoral theology. Hill says that he and his wife, Jan, “are grateful for Dean Moore’s leadership across these years, in the growth of the School of Theology, in the affirmation of Boston University’s traditions and values, and in the life of the United Methodist Church, both in New England and around the globe.”

Dean Moore has been a visionary leader. Her commitment to building community, to inclusivity, and to academic excellence has taken the School of Theology from strength to strength. We will miss her leadership very much.

Moore, an ordained deacon in the United Methodist Church, came to BU from Emory University, where she was a religion professor and director of its Women, Theology, and Ministry program. At the time, the Louisiana native, who had spent most of her career in the warmer climes of Georgia and California, said, “I leave Emory with sadness, but I go to Boston with joy.”

Once ensconced on the Charles River Campus, she oversaw the aforementioned curricular additions; new collaborations with other BU schools—for example, a course on trauma cotaught by faculty from the School of Social Work, the College of General Studies, and STH; and forming stronger relationships with religious denominations and communities in order to create “richer student learning and…to better the larger society,” she says.

“Every important initiative is really the work of our larger community,” Moore says. “Nothing is my work alone. I am sometimes the initiator and sometimes the vision-spinner, plan-developer, cheerleader, or background supporter.”

STH is the nation’s oldest United Methodist Church seminary, having begun its existence in 1839 as Vermont’s Newbury Biblical Institute. The institute relocated to New Hampshire and then in 1867 to Boston, where it was the precursor of Boston University, established two years later. The Methodist seminary became the new university’s first professional graduate school in 1871.

Moore holds bachelor’s and master’s degrees from Southern Methodist University and another master’s and a doctorate from Claremont School of Theology.

An advisory committee will conduct a national search for Moore’s successor, Morrison says, adding that she hopes to have the committee’s recommendations by the end of March.

“Dean Moore has been a visionary leader,” says Dana Robert, STH Truman Collins Professor of World Christianity and History of Mission. “Her commitment to building community, to inclusivity, and to academic excellence has taken the School of Theology from strength to strength. We will miss her leadership very much.”