We vacation in places like Cape Cod to escape the technology that rules our lives, but technology may ultimately help keep the Cape’s beaches safe for swimming and surfing for generations to come.

Last September’s fatal great white shark attack on 26-year-old Arthur Medici in Wellfleet added urgency to the search for ways to protect swimmers and surfers along the Cape Cod National Seashore. And no, it’s not as simple as: get rid of the seals and you get rid of the sharks.

That’s why the towns of Wellfleet and Truro and the Cape Cod National Seashore, among others, banded together to hire a consulting group to create the Shark Mitigation Alternatives Analysis. The Bourne-based international environmental organization Woods Hole Group—not to be confused with the world-famous Woods Hole Oceanographic Institution—will look at ways to keep sharks and humans apart, from shark-repellent technologies to deterrents like nets and electrical zappers.

But because the study won’t be finished until September, some stakeholders are investigating products and ideas that can be used this summer. Several manufacturers claim successes in Australia and South Africa, which have had white shark problems for years, but that’s no guarantee they’ll be as effective in the Cape’s chilly waters.

So what are some options out there?

Tag! You’re it! With the support of the Atlantic White Shark Conservancy, shark expert Greg Skomal, program manager and senior scientist for the Massachusetts Division of Marine Fisheries, has tagged 150 white sharks over the last few years, and about 100 of the acoustic telemetry tags are still active. Receiver buoys set up around the region detect their presence nearby, but the data is collected only every couple of weeks. Officials are looking for a system that works in real time so it can be useful to beachgoers. 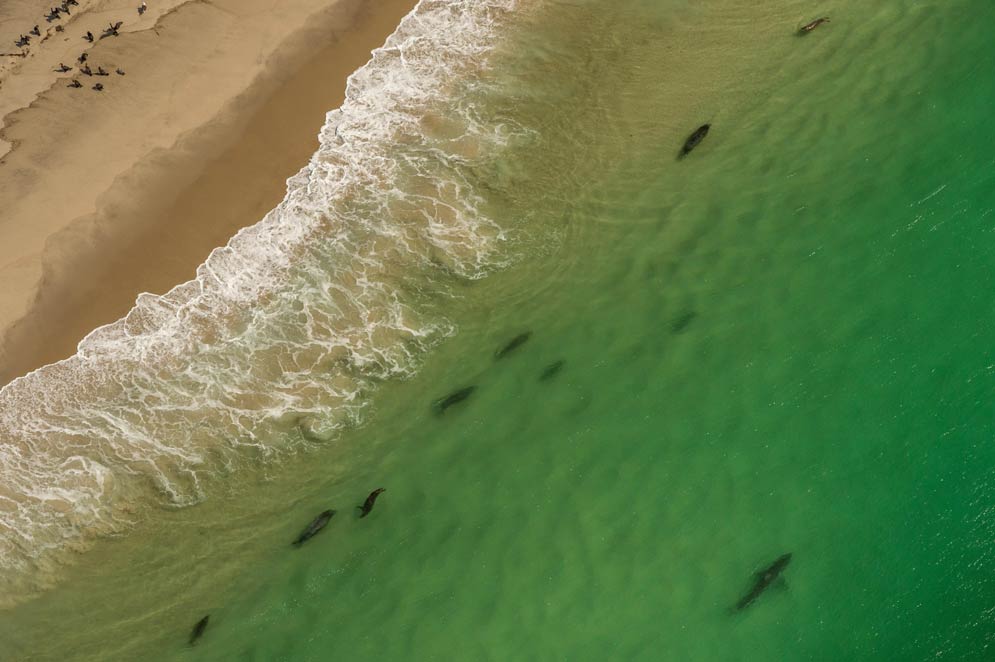 Look, over there. A shark! Camera-equipped drones, spotter planes, and beach towers have been suggested to spot sharks close to shore (and to humans). Aerial surveillance has documented several close encounters that would have gone undetected by the people in the water—one stand-up paddleboarder’s near miss was shown on TV news repeatedly—and warnings from observers in the air and on the beaches have closed beaches on a number of occasions. But it’s unrealistic to expect to be able to provide full surveillance of the entire east side of the Cape and other areas where sharks have been spotted. 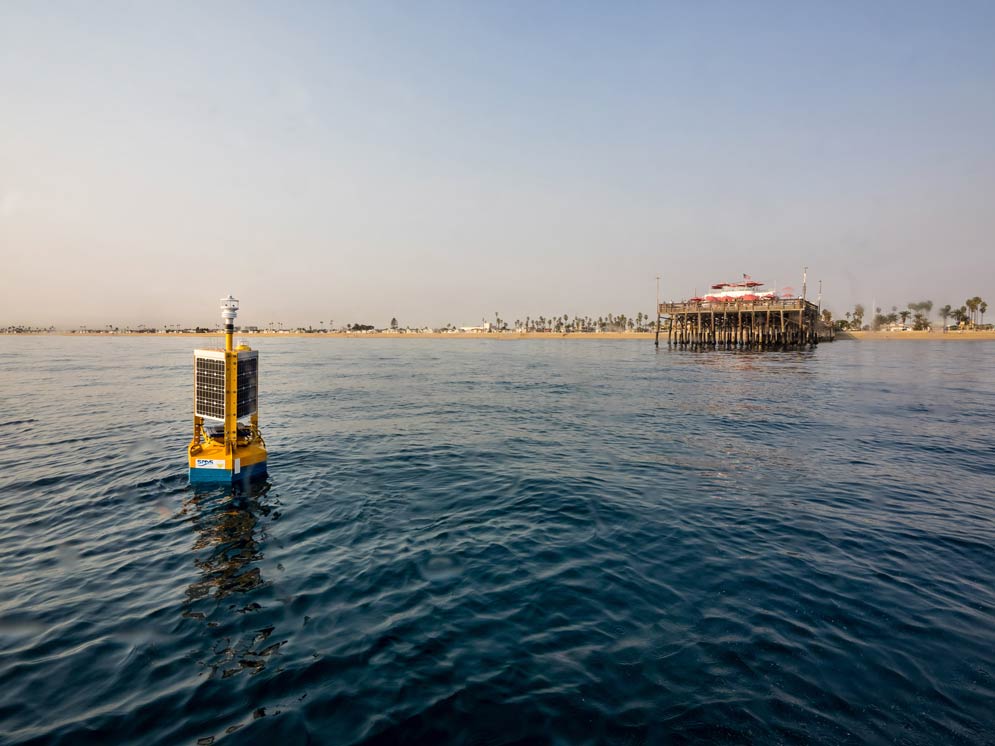 Big, bad buoys: Companies in other sites prone to great white shark attacks, notably Australia and South Africa, are already working on technology to detect the creatures swimming. One with fans on the Cape is Clever Buoy, manufactured by Smart Marine Systems, which uses sonar and an algorithm to identify sharks swimming nearby and notify lifeguards or other officials via smartphone. But the buoys cost $38,000 apiece and cover just 120 yards of shoreline. A fundraising effort is underway by one citizens’ group.

Zap ’em: Amanda Wilson, co-owner and US general manager of Australia-based Ocean Guardian, the maker of Shark Shield electronic repellent equipment, has presented the company’s products to officials on the Cape and Martha’s Vineyard. Sharks have highly sensitive electrical receptors located in their snouts, called the ampullae of Lorenzini, that sense tiny electrical currents from prey less than a meter away. Ocean Guardian’s technology creates a three-dimensional electrical field over a few meters that causes sharks to experience safe but uncomfortable spasms in those receptors, turning them away. The technology is included in handheld and belt-mounted products and devices that can be attached to a surfboard or a fishing boat, although a fixed system that could protect an entire beach is a year or more away, and each device costs at least several hundred dollars.

“We sell the Ocean Guardian product, and it has definitely lowered the stress levels of some of the guys getting in the water at the peak of shark season. That’s an encouraging thing,” says Olaf Valli, owner of the Sickday Surf Shop in Wellfleet. “We’ve already had a couple of people who’ve had encounters in October that think the product made the encounter not as scary. You don’t know how much is storytelling, but both were, ‘You see the fish’s fin, and then it seems to interact with the Shark Shield, and it boogies out of town quickly.’” 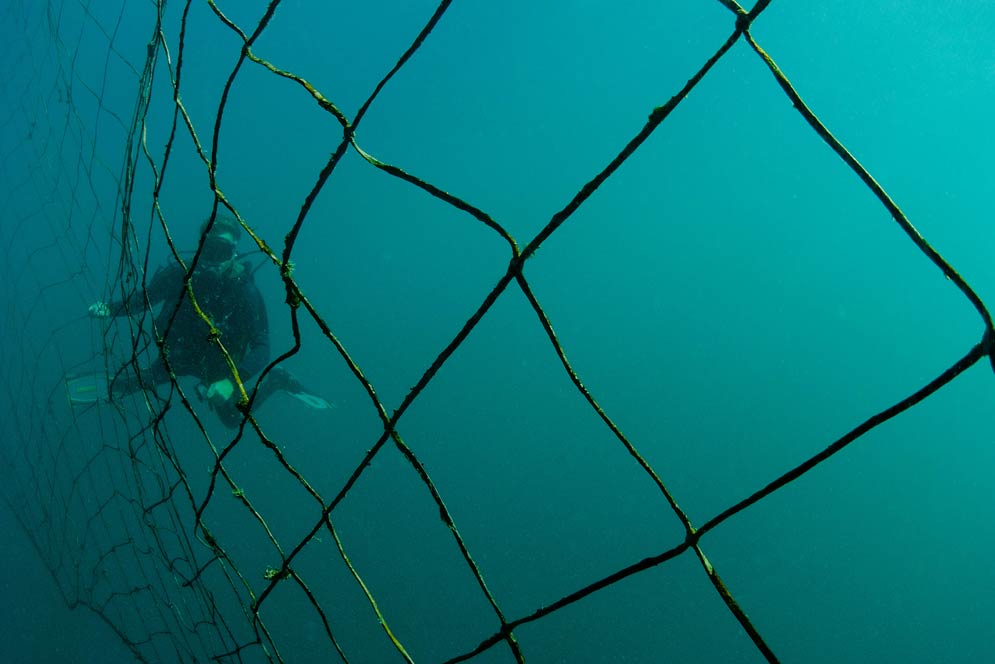 South Africa is one place where anti-shark netting has been widely deployed. Photo by Stuart Philpott / Alamy Stock Photo

Build a wall. No, a different wall. A variety of devices are designed to wall off beaches from sharks, including plastic mesh enclosures and other kinds of netting, simulated kelp forests acting as a sort of underwater curtain, and bubble nets. Chatham sent out a request for proposals for a barrier to protect an estuarine beach where numerous children’s activities are conducted, but received no responses. Installing physical barriers in the protected marine environment is expected to be a difficult regulatory challenge. But Skomal and others say the biggest problem may be the rough surf and changing sands of the east-facing beaches. “A technology that might be effective in deep, clear water might not be effective in Cape Cod,” Skomal says. “I don’t think any of them have been really tested in the challenging conditions of the Cape.” 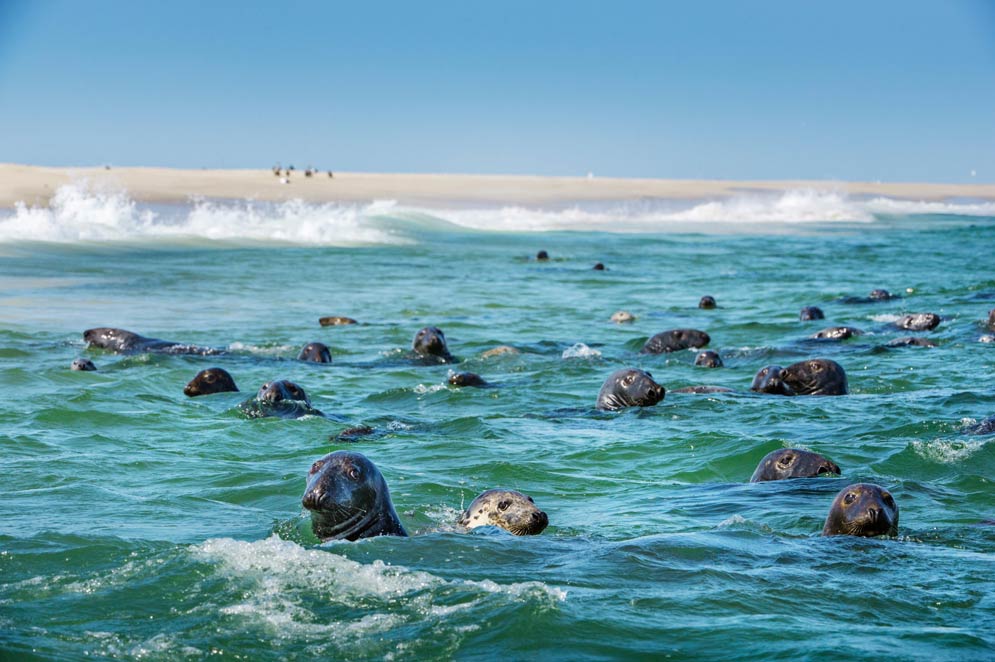 Whose water is it anyway? Reduce the seal population and you reduce the shark activity, right? Not so fast. And besides, weren’t the seals there first?

Barnstable County commissioner Ron Beaty was widely criticized in 2017 when he suggested culling the shark population with baited drum lines, which the Atlantic White Shark Conservancy said was indiscriminate and ineffective. And while he says it won’t happen immediately, he thinks reducing the seal population dramatically through contraception or hunting is the only long-term solution. “We need to somehow be able to amend the Marine Mammal Protection Act so that we can cull the seals,” Beaty says. “This is not sustainable the way it is. We’re victims of our own success with the Marine Mammal Protection Act. The seals have bounced back, and the problem is, they’re on the list indefinitely, unlike the Endangered Species Act, where animals can be delisted.”

But Brian Sharp, director of marine mammal rescue and research for the International Fund for Animal Welfare in Yarmouth, says that approach is neither right nor effective. The 30,000 or so gray seals living in the waters around southeast Massachusetts don’t migrate as far as the great white shark, yet they hardly stay in one place. So culling a local population would be only a very temporary solution, especially as sharks actually eat a wide variety of prey in the fertile waters off the Cape.

“When we have a report of a floating dead whale,” he says, “it’s a race to see who gets to it first, us or the sharks, so we can examine it and determine a cause of death.”

Also, seals have intrinsic value as well, playing an important role in the ecology of area waters and being a tourist attraction themselves. “Where else on the East Coast can tourists, from their car, see gray seals? It gives them an experience they won’t get in any other location,” Sharp says. 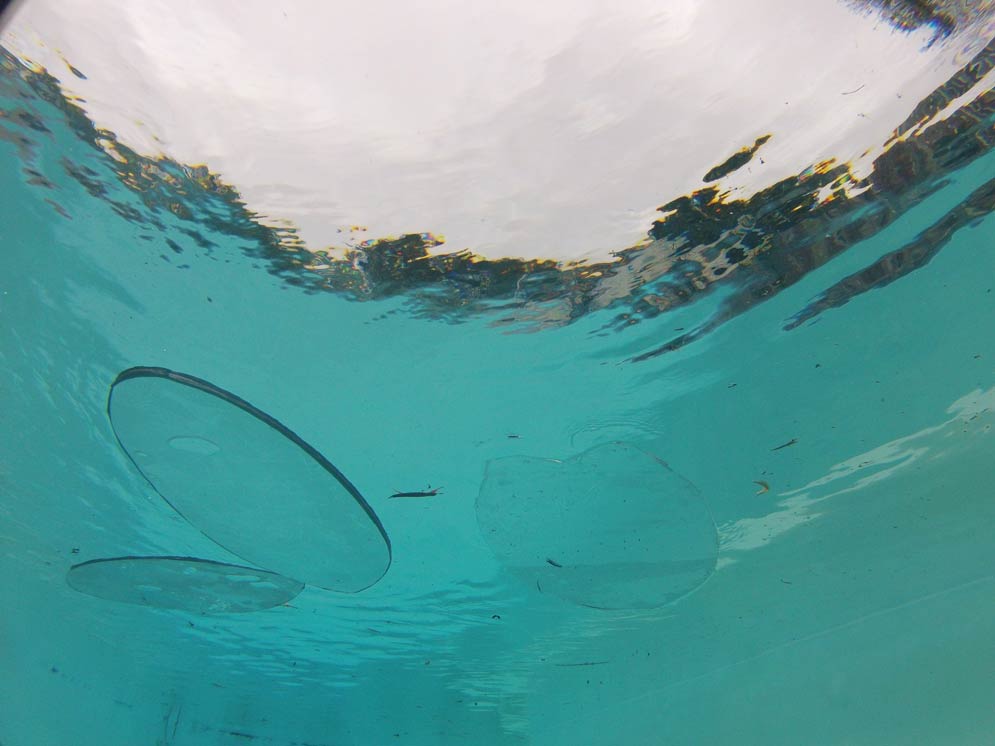 Camouflage wetsuits? Sharkview, another Australian firm, has designed and is testing camouflage wetsuits and surfboards that replicate what silver fish scales do to hide from predators: mirroring changes in light and water color. The effect is created by an optically engineered patterned reflective film applied to surfboards or paddleboards, and by a series of wetsuit overlays designed to match different conditions. Testing is still underway.

Can the smell of a dead shark act as a repellent for sharks in attack mode? Mythbusters’ Jamie Hyneman and Adam Savage hop in the water and put this myth to the test. Video courtesy of Discovery

Ewww. That stinks: A variety of compounds have been developed over decades, some with specific irritant chemical properties that repel sharks and others that mimic the smell of dead sharks to warn them away from an area. But the effects are temporary, not 100 percent effective, and the products may be difficult to use across a wide area or in sufficient quantities.

In the video above, hear the sounds of orcas underwater with actual audio recorded from in-water sessions. Video by Jacques de Vos

Free Willy: Our favorite idea was broadcasting underwater the sounds made by orcas, also known as killer whales, the great white shark’s only true predator. But tests of this idea have been inconclusive at best, and in one unnerving example on a reality TV show, sharks apparently figured out they were being fooled rather quickly.

There are 4 comments on Nets, Smells, Sounds, and Technologies That Might Protect Us from Sharks

Nets, Smells, Sounds, and Technologies That Might Protect Us from Sharks
Cape Cod, Sharks, and a New Reality
4
share this