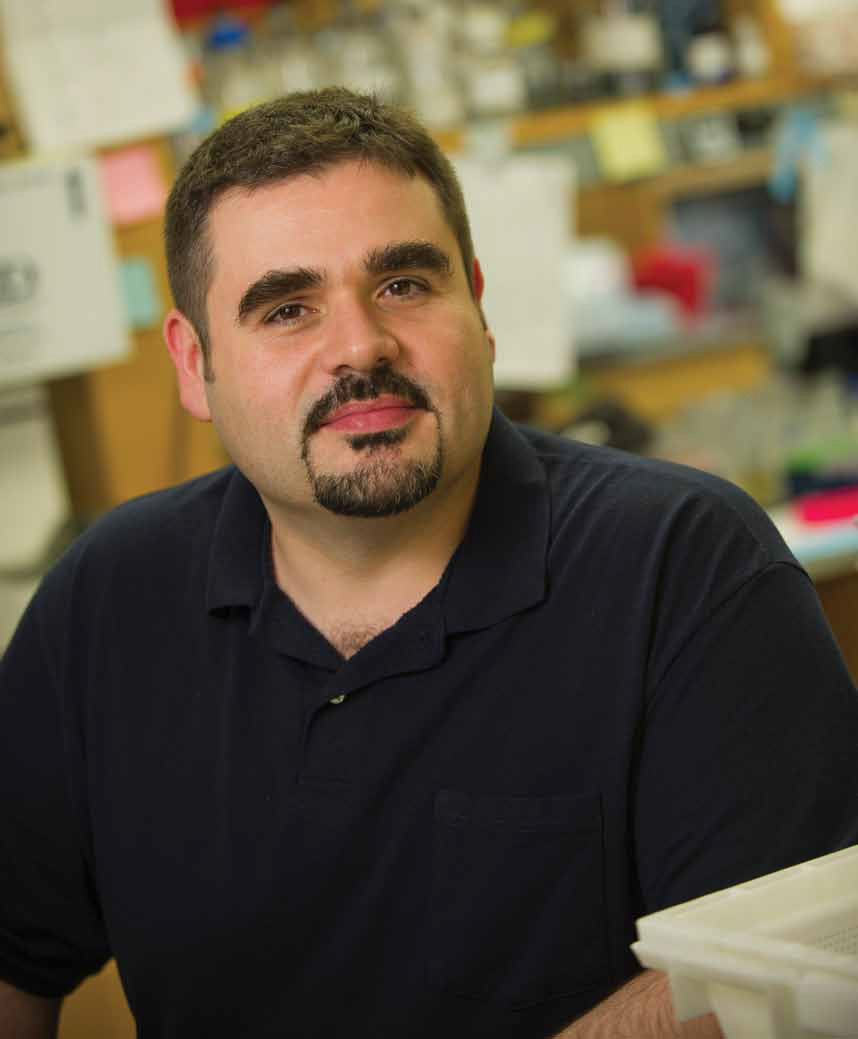 Pietro Cottone, a newly minted US citizen, is a neuroscientist by profession and a musician and activist for marginalized people in his spare time. Photo courtesy of Cottone

Pietro Cottone became a US citizen in July, along with almost 200 others, at Boston’s John F. Kennedy Presidential Library and Museum. Even before taking the citizenship oath, the native of Italy had lent his voice to this country’s tradition of open debate with a rock album that defends immigrants and others facing discrimination.

Fight for Their Rights features 10 songs composed, arranged, and produced by the School of Medicine associate professor of pharmacology and experimental therapeutics. Cottone also played electric and acoustic guitar and keyboards and was backup vocalist, along with four others. Rock singer Chandler Mogel handled lead vocals.

“Music is my passion, an artistic way to express myself,” Cottone says. “Still, my main job remains research and teaching, which I do love.” His book Compulsive Eating Behavior and Food Addiction: Emerging Pathological Constructs (Elsevier 2019), coauthored with three others, was published in July.

Fight for Their Rights is available on Spotify, iTunes, and Amazon. BU Today asked Cottone about the album’s genesis and why he decided to become an American in the age of Trump.

BU Today: How long did you work on Fight for Your Rights?

Cottone: For the last two to three years. It took a while, mainly because I could work on it only during my spare time, which is clearly very limited. I released it on April 22, Earth Day, because one of the recurrent themes in this concept album is the environmental disaster human beings are responsible for.

Is this your first album?

Fight for Their Rights is my debut album as a lyricist, but I had already composed and published an instrumental album in 2015, Inferno, which describes Dante Alighieri’s symbolic and still extraordinarily modern journey into hell and brings the listener through the evilness, weaknesses, and misery of human nature. Although the two albums are very different musically, the underlying themes in the two albums are closer than one may think.

How did you conceive of this album, and why did you want to make it?

I felt compelled by the social and political challenges that the world has been recently facing. I felt the urge to start writing about a world often incapable of accepting people’s differences in their ways of being or living—to start writing about oppression and persecution of men over men.

Fight for Their Rights is a concept album, and as such, all the songs are characterized by recurrent themes. It’s written in defense of the last ones, in defense of those people who often remain voiceless on the margins of society: migrants, war refugees, the homeless. My album is an attempt to give voice to the voiceless.

Given President Trump’s vitriolic rhetoric about immigrants, what made you want to become a US citizen at this time?

Because the United States is a country of immigrants, and the land of opportunities. I worked hard to be part of it. The United States is the country with the largest immigrant population in the world, and such diversity is what has been making and still makes it a great country. Unfortunately, lately, we have been witnessing an escalation in forms of racism. In times where basic human rights are threatened, people need to stand together as one. Today is one of those times.

Can you describe your feelings as you took the oath of citizenship?

Taking the oath is a very touching moment. Hundreds of people from everywhere in the world come together to achieve one of the most important milestones in their lives. Hundreds of people with different skin color and cultural background but with similar stories of separation from their original countries, stories of adaptation to a new language and a new culture, and stories of integration. While you stand and raise your right hand, you feel the pain, the hard work, the hopes, and the success of each of those hundreds of other people.