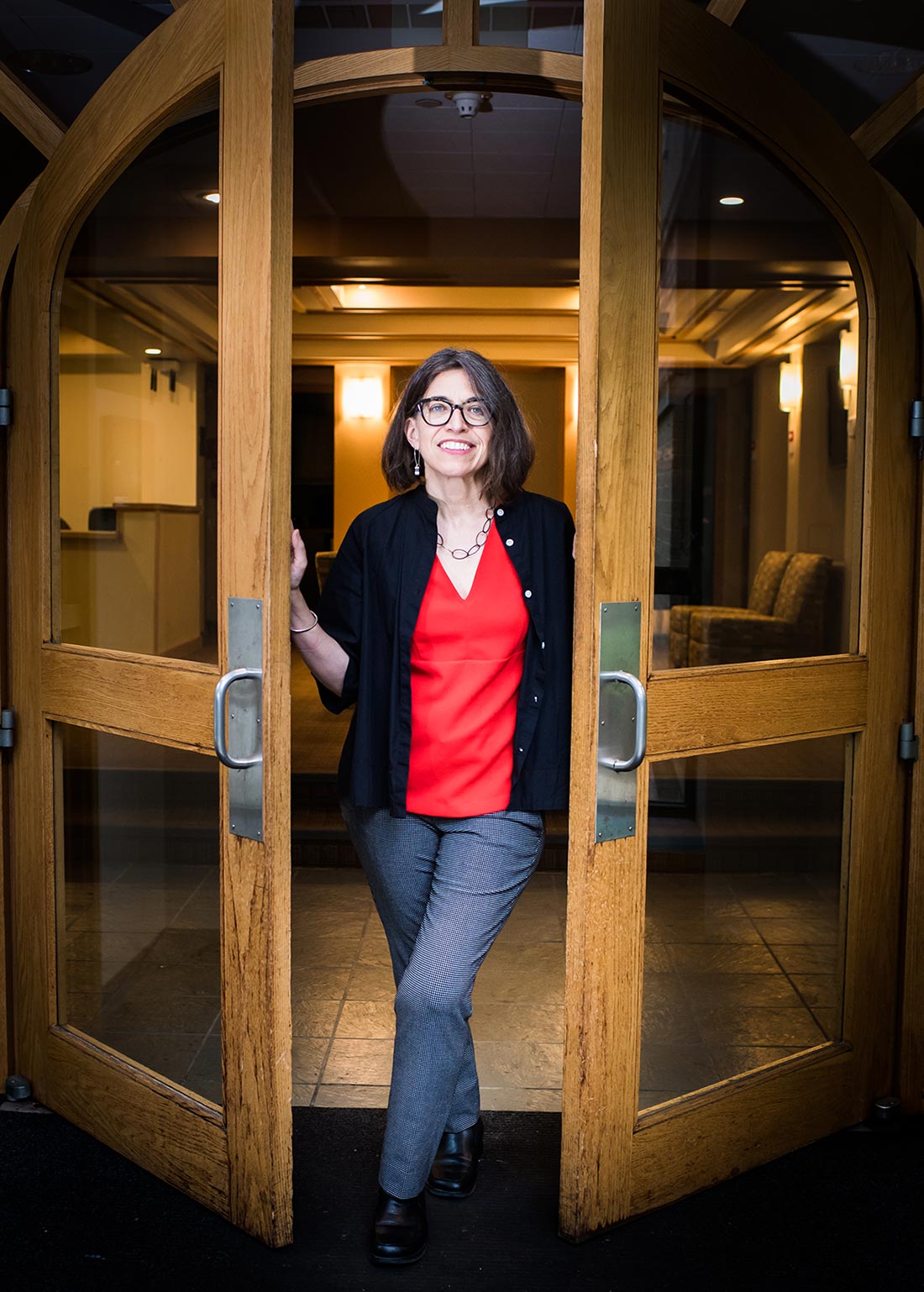 Mary L. Churchill, the former vice president for academic affairs at Wheelock College, says her forthcoming book about the Wheelock/BU merger, coauthored with former Wheelock President David Chard, is a memoir about how college leaders navigated the historic shift. Photo by Jackie Ricciardi

New Book to Delve into the BU/Wheelock Merger

As several small private colleges in Massachusetts shuttered last year, many of them amid controversy and protest, Mary L. Churchill began to realize she had an important, and very different, story to tell.

The former vice president for academic affairs at Wheelock College, she had helped close the 130-year-old college as a standalone institution in 2018 and merge much of its programming with Boston University to create BU’s Wheelock College of Education and Human Development. While it would be impossible to imagine the closing of any century-old college happening without some measure of sadness and even anger, the crisis-free manner in which BU and Wheelock came together left even those closest to the merger somewhat surprised.

“I realized how unique it was,” Churchill says of the process. “I was following the news on local mergers and closures and realized that most were failures—and that this was a success story.”

Now Churchill and former Wheelock College President David J. Chard are coauthoring a book about the merger, describing it as less a “how-to book” but more a memoir for anyone interested in the details of how the historic transition occurred and the broader circumstances that have forced many small liberal arts colleges across the US to merge or fold. Their working title is “The Good Closure: Authentic Leadership in a Time of Crisis,” and it will be published by Johns Hopkins University Press. Churchill and Chard expect to complete their first draft by the end of August, and it’s tentatively scheduled for publication in fall 2020.

Chard, currently the dean ad interim of BU’s Wheelock College, says the tentative title came from a direct comment from a member of the Commission of Higher Education, who said the commission had never been through “a good closure.”

And it’s had plenty of opportunities, as the higher ed landscape shifts. In 2018 alone, Massachusetts saw three colleges shutter: Atlantic Union College, Mount Ida College, and Newbury College. According to Inside Higher Ed, they’re among 20 that have folded outright in the US since 2016, while many more have been the subject of mergers.

Shortly after the BU/Wheelock merger was announced, a proposed merger between Mount Ida and Lasell colleges tanked, causing Mount Ida to abruptly close and leaving its 1,400 students scrambling. Among the colleges that reached out to offer full transfer credit to Mount Ida students was Newbury College in Brookline, which itself shuttered less than a year later.

Small, private colleges have struggled to bring in enough revenue to cover their costs. To attract students, they have increasingly offered steep tuition discounts off their sticker price, as their tuition prices inch upward. Their problems are only expected to grow as the number of college-age students shrinks in the next decade. Chard says that even if Wheelock had retooled its programming or eliminated some offerings, it would not have likely survived a recession.

But Churchill says small colleges are sometimes reluctant to admit problems until it’s too late.

“Looking for a partner doesn’t look like failure,” she says. “So much of the focus has been on saving the institution rather than saving the mission. I think when you partner like this, you save the mission, and ultimately, the mission is far more important than an individual institution.”

Both Churchill and Chard say the theme to their book is leadership in a time of crisis. The book will discuss the need for authentic and pragmatic leadership to balance critical financial decisions with the emotional challenges experienced by alumni, students, parents, and longtime faculty members. All of this is in addition to managing donor expectations, and communicating with regulators, governmental agencies, and financial institutions.

The book opens with a brief history of the college, founded in 1888 as Miss Wheelock’s Kindergarten Training School, that retained its mission to improve the lives of children and families through its teaching and social work programs. Early chapters delve into the events leading up to Chard’s hiring in 2016 (and then his willingness to eliminate his own presidency), as well as the search for a merger partner that would honor Wheelock’s mission, and finally the creation of the BU Wheelock College of Education and Human Development.

Chard says helping students make the transition was a top priority. Even though BU offered students admission at Wheelock rates, for example, Wheelock invited other small, private colleges to recruit its students at transfer fairs. He said it was one way to help students who said they preferred a small college environment.

“Not very many students took that option,” he says. “I think they thought BU was a better choice.”

Churchill, who is a blogger for Inside Higher Ed, says they also trained people to host story circles, a technique used by social workers to help people process emotions. She says the circles allowed students, alumni, and faculty to share their feelings, whether anger or fond memories.

“That’s an important lesson from the work we did,” she says. “You have to understand the culture and the history of your institution in a time like this. Listen to the people who have been there a long time and really honor that.”

The book will also likely touch on issues that remain sensitive to some in the Wheelock community, she says, because not everyone agreed with leadership’s decisions.

“It’s very important we’re sensitive to the multiple stakeholders—faculty, staff, students, alumni, board members,” Churchill says. “We can’t tell their story, and that’s not our story to tell. They all have a different view of the way things happened.”

But she hopes the book will offer a way forward for other leaders who are focused on preventing crises, managing donor and alumni expectations, and supporting a campus through a transition. She says colleagues at small colleges called Wheelock’s leadership team after the BU merger was announced to discuss how they made it happen.

“How do you handle this kind of crisis?” Churchill asks. “For anyone dealing with a leadership challenge, I think it will be a good read.”