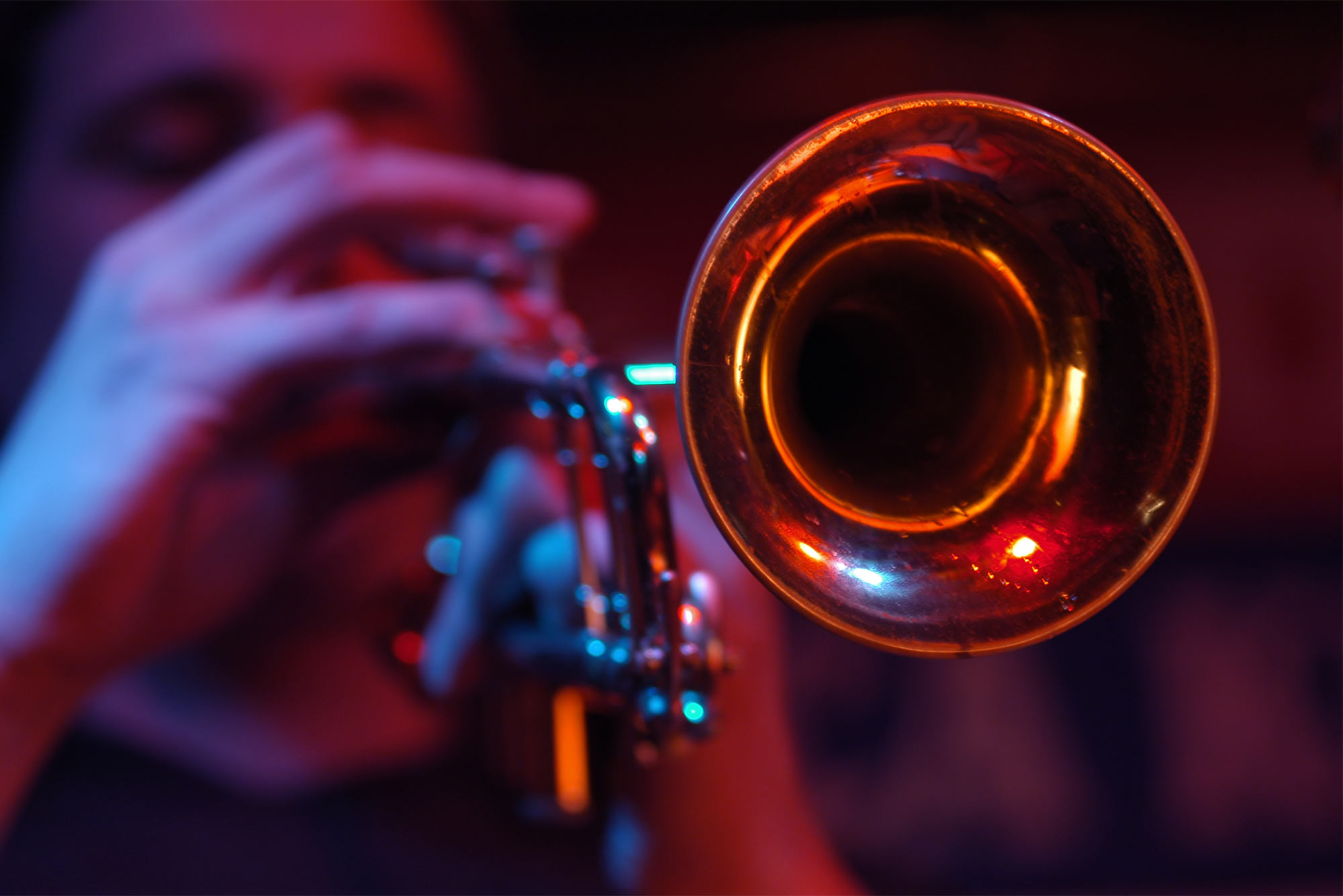 The final day of classes for the fall semester arrives Wednesday, with study days scheduled for Thursday and Friday, and finals set to begin Monday, December 16. Wednesday is also the night of this semester’s JazzFest, featuring performances from BU’s Jazz Combos I and II, under the direction of Warren Levinson, a College of Fine Arts lecturer. They’ll be joined by BU’s Big Bands I and II. The concert starts at 7 pm at BU Central in the GSU basement, and is free and open to the public.

To mark the end of the semester—and to provide some relief from cramming for finals—we reached out to members of the the two Jazz Combos and asked them to create a Spotify playlist of tried-and-true and current jazz hits they’re listening to. You’ll find classics from Ella Fitzgerald’s famous rendition of Les Paul and Mary Ford’s “How High the Moon,” recorded in 1960, to Peter Wolf’s 2016 “Peace of Mind,” by Jacob Banks.

Each BU Jazz Combo comprises six students, who hail from across the University and are all accomplished performers. Auditions are held in the fall and the two combos perform twice a semester as well as at special events. Levinson seeks to create an open environment, he says, where the musicians select the repertoire and create the arrangements together during weekly rehearsals.

“There is so much musical talent throughout the University,” Levinson says, noting that many of the Combos’ musicians are not planning careers in music. “Performing in one of the Jazz Combos gives them a chance to play music at a high level, and for the CFA music students, it’s a chance to move outside the classical repertoire and to gain experience improvising.”

Listen to the Jazz Combos playlist below.

Big Band I & II and Jazz Combos I & II come together to put on an end-of-the-semester jazz experience. The concert is free and open to the public.

BU Beats: Take a Study Break with These Cool Jazz Selections
0
share this