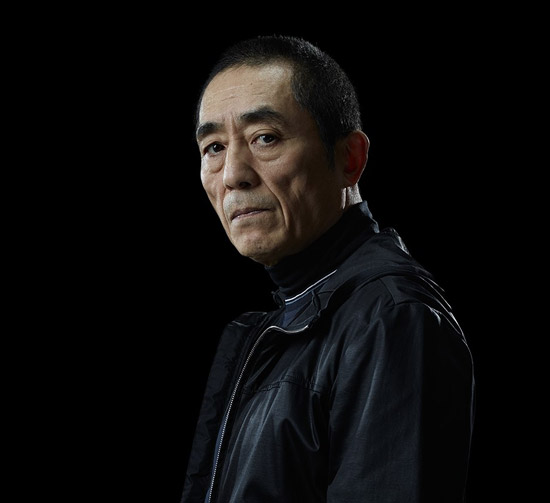 The late film critic Roger Ebert wrote that Zhang Yimou “has made some of the most visually stunning films I’ve seen (Raise the Red Lantern) and others of dramatic everyday realism (To Live).” Photo courtesy of Zhang Yimou

Filmmaker Zhang Yimou’s journey to becoming one of China’s leading directors has been filled with unusual, often dramatic twists. His films, which include Raise the Red Lantern, House of Flying Daggers, and The Great Wall, have won prizes at the Cannes Film Festival, the Venice Film Festival, and the Berlin International Film Festival, and six of his films have been nominated for Academy Awards. And at BU’s 145th Commencement May 20, Zhang will add yet another honor to his résumé when the University bestows on him an honorary Doctor of Humane Letters.

Zhang was forced to leave school at a young age after his father, who fought against the Communists during the country’s civil war, was branded a counterrevolutionary. He first found work as a farmhand, then in a textile factory, all the while dabbling in art and photography. To come up with the $20 needed to buy his first camera, Zhang sold his blood. He was considered too old for admission by the time the Beijing Film Academy reopened after China’s Cultural Revolution. But Zhang persisted and was admitted on the strength of his photography portfolio. He graduated in 1982 among a class of 153 students, who, according to a profile in The Economist, “were labeled the fifth generation of filmmakers to emerge since the birth of Chinese cinema.” The article went on to note that Zhang’s graduating class was “the first to see what the rest of the film world was doing.”

He began his career as an actor and cinematographer, making his directorial debut in 1987 with Red Sorghum, followed three years later by Ju Dou, which was the first Chinese film to be nominated for a Best Foreign Language Film Oscar. Zhang has also directed two operas, Turandot and The First Emperor, as well as a ballet adaptation of his film Raise the Red Lantern.

In his 2004 review of House of Flying Daggers, the late film critic Roger Ebert wrote that Zhang “has made some of the most visually stunning films I’ve seen (Raise the Red Lantern) and others of dramatic everyday realism (To Live).”

BU Today spoke to Zhang recently through a translator. Asked if he sees common themes in his work, he says his films focus on people, and more specifically, women, such as in Raise the Red Lantern, about sexual enslavement, and The Story of Qiu Ji, about a peasant woman seeking justice for her husband.

“Asian movies should definitely continue to develop and expand their influence,” Zhang says. “Compared with those in the United States and Europe, they are still rather weak.” Although China has one of the world’s top movie industries, “its influence is still limited,” he says, in terms of audience and productions.

Zhang has said that he watches two movies a day, but he can no longer maintain that schedule, he says. Among the films he’s watched recently are Three Billboards Outside Ebbing, Missouri, The Shape of Water, and All the Money in the World.

Although he’s directed dozens of films, Zhang may be best known for directing the stunning opening and closing ceremonies of the 2008 Summer Olympics in Beijing. “The scope, precision, and beauty of the production was…astonishing,” Ebert wrote of the opening ceremony, which won a Peabody Award.

“It was a very glorious and demanding task since it had extremely high attention, particularly the intense attention from ordinary Chinese, who placed great expectations and had great pride, as the Olympic Games were held in China for the first time,” Zhang says about the gigs. “In a way, it was a job that only allowed success, but not any failure.”

The filmmaker is looking forward to coming to Boston, which he visited once years ago. “This time I want to see the universities there because my eldest son will go to college next year,” he says. “He is very much interested in movies, perhaps because of my influence.”