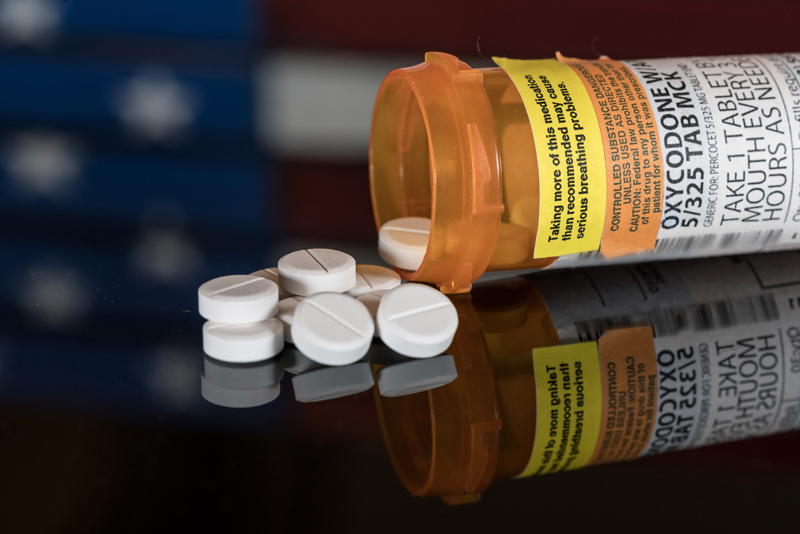 Richard Saitz, a Boston University SPH and MED professor, says Trump’s call for the death penalty for drug dealers is a terrible idea. Photo by istock/BackyardProduction

Give President Trump this much: he’s assertive when presenting plans. Trump’s opioid initiative, announced last week, plugged the death penalty for drug dealers and cutting illegal immigration, which Trump blamed for much of the opioid scourge, but it was light on public health initiatives.

“The current crisis is caused by particularly potent and dangerous drugs that can lead to death immediately after use,” says Richard Saitz (CAS’87, MED’87), a Boston University School of Public Health professor and chair of community health sciences and a School of Medicine professor of medicine. “But even if we eliminate all opioid overdose deaths, we will still have cocaine, alcohol, and other drug-related serious illness and death, which combined exceed opioid overdose deaths. It’s time to do something about the harms of substance use in general, beyond the passing fancy of a societal focus on a specific drug or class of drugs.”

BU Research asked Saitz, who has researched addiction for three decades, to parse the pros and cons in Trump’s plan.

BU Research: What do you think of the president’s plan?

The emphasis was on supply-side and law enforcement approaches, with very little attention to prevention and treatment. But his speech included mention that his administration would remove restrictions on Medicaid payment for treatment, and something about help for inmates to get treatment at release from prison. I certainly agree with those, though the latter lacked specificity about how it would work.

Another action he hinted at was lowering the price for prescription drugs. The fact that a cheap medication to produce, naloxone, an overdose reversal lifesaver, can cost upwards of $3,000 a dose is a huge problem that needs to be addressed. I am skeptical, however, that the former chief executive of one of the world’s largest drug companies [Alex Azar, Trump’s health and human services secretary] will take action that will lower prescription drug prices (his focus seems to be on generics and on redistributing who pays). Furthermore, generic medications for treating addiction already exist, and they are not the main barriers to care. That said, even low prices can be a barrier when addiction treatment program reimbursement for care doesn’t cover them.

The president’s call for commercials targeting youth that “show how bad it [drugs] is” will be ineffective and likely counterproductive (like the Massachusetts US Attorney’s #resisttherisk campaign that further stigmatized people, likely leading them to avoid care and encouraging youth drug use rather than deterring it). He also called for nonaddictive pain medications. That is a great idea, but people have been pursuing that for decades, and because of the way the brain works, it seems unlikely that will be a major solution even if some are found.

The president’s call for the death penalty for drug dealers—a good idea?

It is a terrible idea. Law enforcement has a role when there are crimes being committed. But he actually called for the death penalty for “really bad pushers and abusers.” It would be helpful to reduce the supply of potent synthetic opioids that often lead to fatal overdose. But supply-side efforts historically have not been successful. Working on demand is much more successful.

There is a very strong moral and even effectiveness argument from another perspective. Many who sell drugs use drugs, and selling drugs is not the cause of addiction (though availability and price do play a role in which substances people use). Criminalizing the disease of addiction makes no sense. It doesn’t make it go away. The president said that leaders of other countries have told him they “don’t have much of a drug problem” because they have the death penalty for drug dealers. It is simply not true. There is no country that has no problem with addiction and no evidence that the death penalty reduces the “drug problem.” The death penalty for people with addiction is beyond nonsensical. It is just wrong, plain and simple. People should be horrified.

Is lifting the Medicaid limit on access to drug treatment a good idea, and does it go far enough to expand access?

Sure, it’s a good idea, but it doesn’t go far enough. There is something that did expand treatment—the Affordable Care Act (ACA). The ACA expanded access to treatment by making substance use care part of the essential health benefits insurers had to offer. Lifting the Medicaid limit and the resulting improved access to treatment will be nothing compared to the loss of access resulting from rolling back the ACA.

The Medicaid limit prohibits payment for the care of people, ages 21 to 64, in institutions with more than 16 beds that provide care for mental diseases (which include substance use disorders). The reason for it was so that the states would be primarily responsible for inpatient psychiatric services. So lifting the limit could help some. But much needed treatment does not occur in “beds”; by and large, it is outpatient visits. Which are funded by healthcare coverage in general.

The president says that cutting off funding for so-called sanctuary cities and building his border wall will cut drug trafficking. Is he right?

What should be in the president’s plan that is not?

It should encourage and support all health professionals to know about, and be able to treat, addiction. It should also include funding for prevention efforts, like school-based programs, that strengthen youth self-confidence and resilience and other efforts at public health messaging that are science-based. It should include attention to preventing alcohol, cannabis, and nicotine addiction in youth. It should not demonize people who use drugs or suffer from addiction, and it should not sweep up people who need opioid medications to treat their medical conditions with severe restrictions on prescribing that are not individualized.

It should support the middle class and those in poverty and healthy living for all. As for cost, the $6 billion (that he mentioned) is not even close to being enough to do what is needed. The cost of the opioid epidemic, not to mention the cost of all addiction, ranges from $100 billion or more billions a year. I would expect it to cost therefore somewhere between those two numbers to meaningfully address the issue.