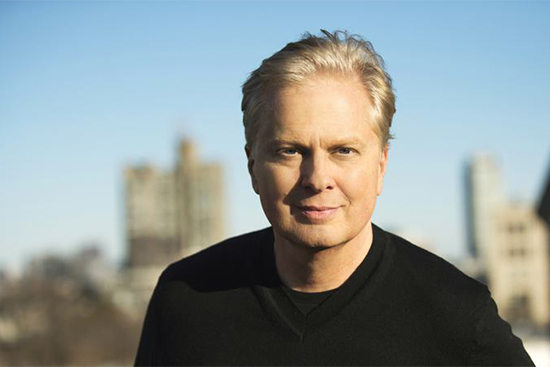 Tom Ashbrook has been on leave during an investigation of claims that he created an abusive work environment. Photo courtesy of WBUR

Tom Ashbrook, the host of WBUR’s call-in radio program On Point, with more than two million listeners through more than 290 National Public Radio stations, will not be returning to WBUR. Boston University, which operates WBUR, reached this decision after an independent review verified claims that he had created an abusive work environment. Ashbrook has been on leave during the inquiry.

That review, conducted by Longpoint Consulting, is one of two inquiries launched by BU after allegations by 11 men and women who previously worked at On Point were brought to the attention of WBUR management and the University in December. On Point staffers alleged that over the course of many years, Ashbrook had created a work environment that included verbal assaults, intimidating actions, consistent bullying, and unwanted touching.

The second investigation, conducted by the law firm of Holland & Knight, was asked to determine if Ashbrook had violated BU’s Sexual Misconduct/Title IX policy by sexually harassing female members of his staff. That inquiry found that Ashbrook’s unwelcome conduct was not sexual in nature, and did not constitute sexual harassment under the school’s Sexual Misconduct/Title IX policy.

The investigators from both firms talked with about 60 people, including those who made complaints, other current or past On Point employees, station management, and Ashbrook himself. And while both teams looked into different complaints—the alleged creation of an abusive work environment and the possible violation of BU’s Sexual Harassment/Title IX policy—both described the deleterious effect that Ashbrook’s conduct had on the On Point staff. Both reports also stated that WBUR management was aware of Mr. Ashbrook’s behavior and repeatedly talked with him about it, but was unsuccessful in changing his behavior.

“We were struck by the common themes that appeared in both reports,” says Gary Nicksa, BU senior vice president for operations. “On Point employees expressed enormous pride in the program and they recognized that along with everyone else, Mr. Ashbrook was under a great deal of pressure to make sure that the two-hour daily program was perfect. But the employees also described ways in which Mr. Ashbrook consistently overstepped reasonable lines and created a dysfunctional workplace in the process.”

The reports also identified the need for the University to more clearly define On Point’s organizational structure, provide stronger management control for the program, and provide the staff with better training on how to raise and pursue grievance procedures. The reports also make clear the need for station management to implement more formal rules within the organization to maintain a positive workplace culture and environment, and to take appropriate disciplinary and remedial steps when those standards are not met.

To that end, Nicksa says, Longpoint Consulting has been asked by the University to take an active role in helping the station’s management team implement needed changes. “Longpoint understands the management issues and dynamics that brought us to this point,” says Nicksa. “They will bring recommendations to us and to the station’s management team, and they will have an open door for any WBUR employee who wants to share their perspective or experience about how to improve or enhance the workplace culture.”

Nicksa says the University is grateful to the On Point staff, both past and present, who spoke with investigators from Longpoint and Holland & Knight. “We were moved by their words and courage in coming forward,” he says. “We are grateful to them for helping to make WBUR a better place to work.”

Charlie Kravetz, general manager of WBUR, says the investigations’ findings suggest that the damage done by Ashbrook cannot be mitigated, and that Ashbrook should not return to the program.

“I recognize that we must do better in the future,” says Kravetz. “Despite the high-pressure nature of so much of our work, we must all be committed to a positive, respectful, and compassionate work environment in every corner of WBUR. We welcome the University’s support and Longpoint’s continuing efforts.”

There are 83 comments on Tom Ashbrook Dismissed from WBUR