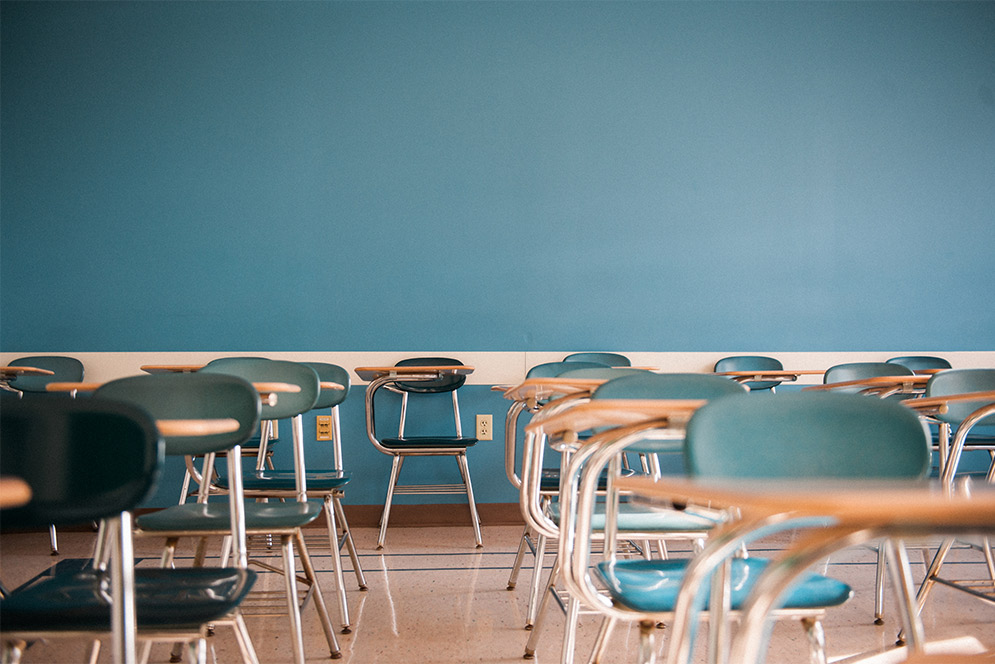 BU and other universities fear seats for needy and graduate students will go unfilled under a House bill that would cut federal aid. Photo by Janice Checchio

The poorest students, those in graduate studies, and some others would suffer under parts of a proposed higher education bill currently in the US House of Representatives, BU and other education institutions are telling the nation’s leaders.

The PROSPER Act (Promoting Real Opportunity, Success, and Prosperity through Education Reform) is the House reauthorization of the Higher Education Act, first passed in 1965. The current reauthorization would scrap federal supports that many University students depend on.

In a letter to US Rep. Michael Capuano (D-Mass.) (Hon.’09), whose district includes the University, Robert A. Brown, BU president, said the University believes a reauthorization of the Higher Education Act should prioritize college access, help students and parents make informed choices about college attendance, and promote affordability in higher education. “Unfortunately,” wrote Brown, “the PROSPER act includes several provisions which are harmful to our undergraduate and graduate students.”

Among the many education groups opposing the bill is the Association of American Universities (AAU), the consortium of research universities that BU has belonged to since 2012. Mary Sue Coleman, AAU president, expressed the association’s concerns, especially about the bill’s potential hits to loans for graduate education, in a December statement.

“At a time when our economy demands a highly skilled and educated workforce, these and other aid programs are more important than ever,” Coleman said in the statement.

Jennifer Grodsky, BU’s vice president for federal relations, says it’s important for students to make their views known to their legislators. “Members of Congress genuinely want to hear what students have to say,” says Grodsky. “People should tell policymakers what they like or dislike about any bill that impacts their access to higher education. It’s a cliché, but it’s true: every voice counts.

“At a time when our economy demands a highly skilled and educated workforce, [federal] aid programs are more important than ever.” —Mary Sue Coleman

BU Today: What would the PROSPER Act do to financial aid programs BU students rely on?

Grodsky: The PROSPER Act would curtail federal student aid, undermining the historic goal of the Higher Education Act: to make college more accessible for all Americans. It would eliminate Supplemental Education Opportunity Grants (SEOG), which are designed to give the neediest students additional tuition support. To give you a sense of the impact that will be felt by Boston University’s students, you should know that more than 16 percent of BU’s entering freshmen received SEOG funds this academic year.

Could you explain what the act would do to graduate study programs and how that would affect the BU student community?

Unfortunately, the bill is harmful to graduate students. The Grad PLUS program, which has more generous approval and repayment terms than private loans, would be eliminated, and federal lending for graduate study would be capped. This means that graduate students might have to rely more heavily on the private loan market, where there’s no guarantee that students would be able to find favorable loan terms or interest rates.

Right now, students can have their loans forgiven after 10 years of working in public service in fields such as public health, law, and social work. That option would disappear under the PROSPER Act, changing the financial implications for both BU graduate students and undergraduates who plan to serve the public after they complete their degree.

Does the University support any provisions of the act?

We like that the bill eliminates student loan origination fees, which needlessly increase the cost of loans. Students will also benefit from a new Pell Grant [for poor students] bonus for those who choose to take 15 or more credits in a semester.

We also think students will appreciate the additional employment options that will be permitted in the Federal Work-Study program.

The Senate is working on a significantly different bill. Would BU support that legislation, and what might the final bill look like after both bodies reconcile their differences?

The chairman of the Senate Health, Education, Labor and Pensions Committee has indicated he would like to introduce a bipartisan bill this spring, but the Committee’s Republicans and Democrats have different points of view on key issues. Based on the hearings the committee has held, I think we’ll see a bill that simplifies the financial aid application process, streamlines regulations that haven’t proven to be helpful to students, and promotes campus safety. Those are goals Boston University shares.

There are still questions about how the Senate bill might address federal student aid. Some lawmakers want to consolidate the number of federal grant and loan programs, but we will be closely watching to ensure that consolidation doesn’t lead to a reduction in federal aid for students.

Despite the activity in the Congressional education committees, it’s far from certain that both chambers of Congress will be able to approve a final bill and send it to the president before the end of this year. Bills can take months to get through the Senate, which currently has a serious backlog of other pending bills. The November elections will also constrain the available time for debate.