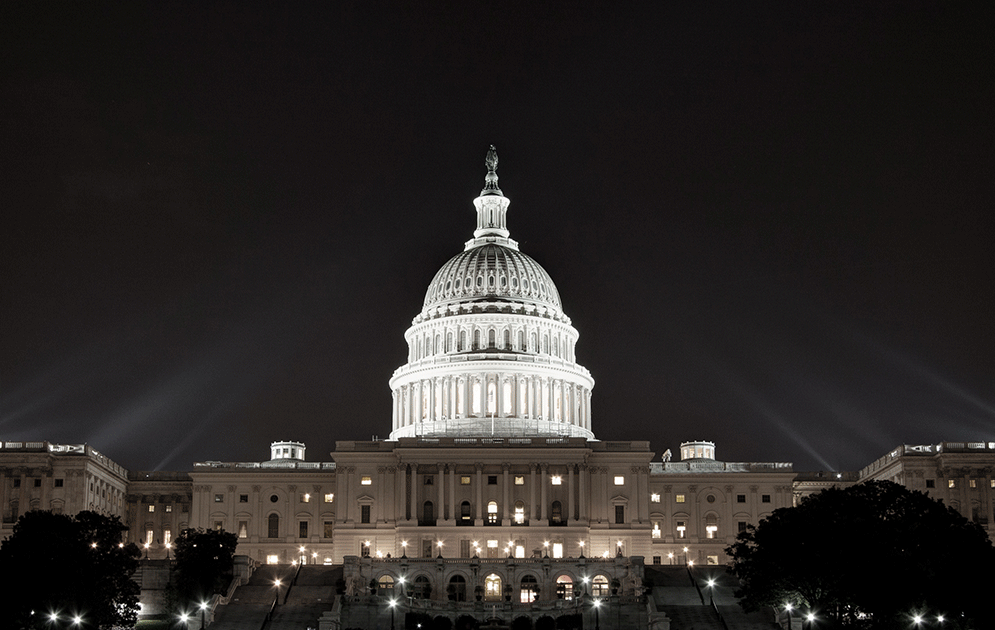 The reasoned debates and shouted arguments at candidate forums and dinner tables are over. American voters decided Tuesday to give Democrats a majority in the House, with at least 27 new seats, hobbling Donald Trump’s presidency (most Republican candidates had rallied to the president). The electorate left the Senate in GOP hands, adding four new seats to what had been a one-seat majority.

A historically high turnout (final numbers won’t be available for a while) sent a record number of women (over 100) to Congress, including the first Massachusetts congresswoman of color, Tennessee’s first female senator, the first two Muslim representatives (from Michigan and Minnesota), and the first two Native American women representatives (Kansas and New Mexico).

What do the results portend for the concerns of everyday Americans over the next two years? Below, BU experts with an array of areas of expertise offer their takes. 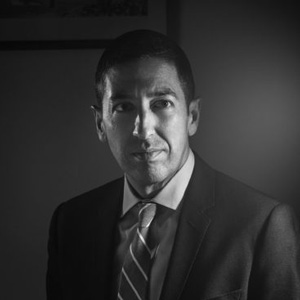 Health won last night. From guns to opioids to healthcare, the issues that shape health were at the core of the midterm campaign.

The remarkable turnout we saw shows the power of these issues to unify people and mobilize them in pursuit of a healthier country. It also reflects dramatic shifts in our national conversation. More and more, we now talk about issues like gun violence, climate change, and economic inequality as health issues. Perhaps the most visible sign of the emergence of health as a core electoral issue has been the widespread acceptance of single-payer healthcare in the United States. Once seen as a prohibitively radical step, the push for single payer was at the heart of many a winning campaign Tuesday.

The diversity of the election—both among voters and candidates—was another positive sign for health. When groups are marginalized—or worse, targeted for poor treatment by those in power—their health suffers. The strong showing of women, racial and ethnic minorities, and LGBTQ people was a note of good news for groups that have too often suffered under this administration. Indeed, this surge in civic engagement was perhaps the central health gain of the midterms. Health is politics and political engagement is a sine qua non of creating a world where all can live healthily.

This makes our work in a university all the more important. By generating knowledge and influencing the public debate, we can inform shifts in our national conversation and the social movements that emerge from them. These movements are what, in turn, drives electoral change, to build a politics that promotes health, rather than one that undermines it. The election was an encouraging step in this direction. 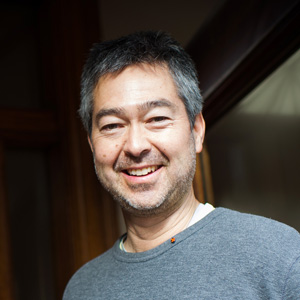 The results can’t be called an unqualified victory for environment and climate, but advocates gained crucial purchase to push for clean air and water and a habitable planet for all.

A Democratic House majority will benefit science, environment, and climate. For over a decade, the influential House Committee on Science, Technology and Space had chairs who doubt the science of climate change. The new House majority will not have that obstacle. Climate and clean energy research will be less stifled going forward.

Across the nation, scores of newly elected officials pledged to not accept funding from the fossil fuel industry, including BU’s own alumna Alexandria Ocasio-Cortez (CAS’11) (New York), and in Massachusetts, the commonwealth’s first African American congresswoman, Ayanna Pressley, and new state representatives Nika Elugardo and Thomas Vitolo (ENG’11). The pledge turns out to be a robust indicator of policy positions on climate: Pressley’s Democratic primary opponent, who didn’t sign the pledge, was a ranking member of the House subcommittee on pipelines, took fossil fuel money, and was silent on expansion of fossil fuel infrastructure. Pressley, among yesterday’s winners from a pool of 1,269 pledge signers nationally, comes into office unencumbered by such entanglements.

DeLeo and reelected Governor Charlie Baker represent the biggest bipartisan obstacle to climate action. Under the influence of the utility and pipeline lobbies, it is likely that a barrage of new proposals to expand fossil fuel pipeline infrastructure throughout the commonwealth will continue with their support. The strategy for climate advocates will be as much to say yes to clean energy legislation as to say no to dirty energy projects. The battle for clean and against dirty energy makes the late US House Speaker Tip O’Neill’s aphorism “All politics is local” never more true than for the foreseeable future in communities from Weymouth to Lawrence. 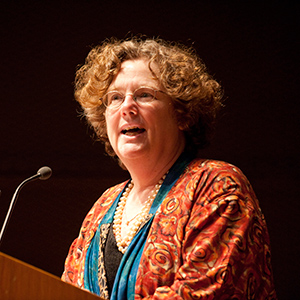 First things first: among people who chose to vote, their party identification was the most important determinant of how they voted. About 95 percent of Democrats voted D, and 94 percent of Republicans voted R, according to CNN exit polls. But more Democrats voted. And Independents—30 percent of those who voted—split for Democrats 54 percent to 42 percent. As always, if we know about turnout patterns and partisanship, we know a lot about what happened.

If we look further into white people’s voting patterns, we see a pretty big education divide, with college-educated folks voting D by 53 percent and white people without degrees voting R by 61 percent. (College education does not divide the voting choices of people who are not white in the same way.) But the interaction of race, education, and gender is very important: while white college-educated men voted R 51-47 percent, white college-educated women voted D 59-39 percent. And while white people without college degrees gave Republicans the majority of their votes, there was a clear gender divide: white women without college degrees voted R 56-42 percent, while white men without college degrees voted R 66-32 percent. Although younger people didn’t vote nearly in the same proportions as older people and although their turnout was up slightly, they did vote Democratic more than their elders did.

These are preliminary findings from exit polls. We will be able to say more of value once the high-quality data being collected can be analyzed in rigorous ways according to scientific standards. But the importance of partisanship and turnout in determining electoral outcomes will not be diminished.

There will now be at least 100 women in the House, beating the previous record of 84, closing in on 23 percent. This wasn’t a coincidence, and it didn’t happen just because Democratic women rose up in anger. Organizations across the country worked diligently to recruit and train women for office, including many highly skilled and accomplished women who hadn’t before given serious thought to running for office. This will make a big difference. 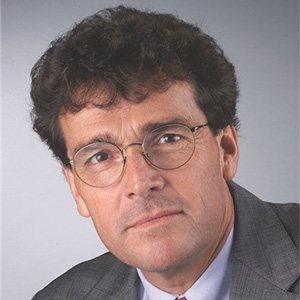 There are many things about the 2018 midterm elections that render it worthy of historic note, among them the reemergence of a Democratic majority in the House (and all that it will portend for President Trump in the next two years); the success of so many female candidates, making this the second “Year of the Woman” in our recent history (the first being in 1992); the engagement of many more under-35 voters than historically turn out for midterm contests, and the strong showings of two African American candidates in the Florida and Georgia gubernatorial races.

But if asked to pick one aspect of this election that will distinguish it from those that came before, I would have to say that it is its unwavering focus on a single issue at every level of the ballot. That issue: Donald Trump. Midterm elections tend to be corrective of the preceding presidential election, which is why it is so rare that the incumbent president’s party holds or gains seats. That was true on Tuesday. And most midterm elections tend to turn on two issues: pocketbook or war. So what is distinctive about 2018 is that in a time of strong prosperity and relative peace, a majority of voters went to the polls because of their anger at, or support for, the president. It was a true referendum. 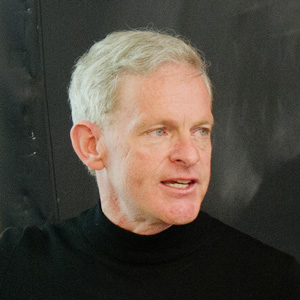 “Tip” O’Neill once famously said, “All politics is local.” I think last night’s midterm results belie that assertion. Whether you were running for governor in Maine or fighting it out for a hotly contested Senate seat in Texas, your campaign more likely than not turned on how you felt about the man with the wild hair and funny New York accent residing at 1600 Pennsylvania Avenue.

If ever there has been a recent leader who has so thoroughly dominated the political discourse and proceedings in our country, one would be hard-pressed to top President Donald J. Trump. He was the alpha and omega of the 2018 midterm campaign season. Hot-button issues concerning taxes, family healthcare, income inequality, LGBTQ rights, and gun violence all took a back seat to the personality quirks of our narcissistic commander in chief. If you liked him, you pulled the lever for the Republican on the ballot. If not, then you more likely went Democratic blue. It was as simple as that. Trump single-handedly managed to make the entire election cycle about himself.

I don’t think that kind of personality-driven referendum has occurred in a modern midterm cycle since Franklin Delano Roosevelt—a man said to have had a first-class temperament, but second-rate intellect—was president during the Great Depression and World War II.

But unlike FDR, who tried to appeal to the better angels of voters’ nature with his soaring rhetoric and folksy fireside chats, Trump has chosen the Sturm und Drang of race-baiting and political division to get his message across. He has no interest in bringing Americans together because, quite frankly, that would be bad politics. He would rather show us controversial campaign ads about how the Democrats and their allies are allegedly trying to sneak cutthroats onto our soil through invading migrant caravans from Central America.

It’s all been so very tawdry and ugly. Voters everywhere deserve better.