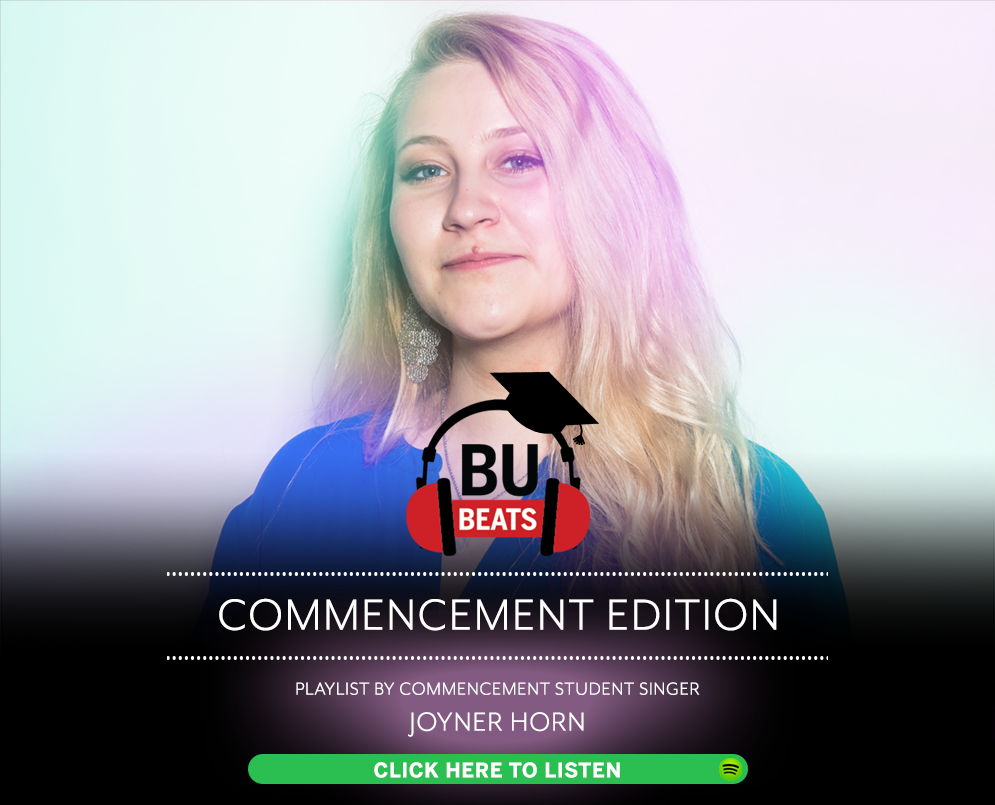 Each year, a CFA senior is chosen to sing “The Star-Spangled Banner” and the BU anthem “Clarissima.” at Commencement. Vocal performance major Joyner Horn (CFA’18), who had a lead role in this semester’s production of Benjamin Britten’s Albert Herring, will perform before her biggest audience yet: an estimated 27,000 at Nickerson Field Sunday.

Music has been part of Horn’s life since she was a baby: from Kindermusik to piano lessons and on to voice lessons. The mezzo soprano will apprentice at the Des Moines Metro Opera this summer, then it’s on to the University of Cincinnati College-Conservatory of Music in the fall for a master’s in vocal performance.

Horn’s eclectic musical interests extend well beyond classical and operatic repertoire. Her playlist includes Mahler and Strauss, music by Ed Sheeran, pieces from Hamilton, even actor-comedian Bill Murray. “My roommate actually found a playlist on Spotify that had him giving study tips, and we thought that was hysterical,” she says. “Then I found out he had an album, so we got really into that and saw him do it in concert.”

Listen to Horn’s playlist below.

What are you listening to? We’d like to know. Email David Bergeron-Keefe at dkeefe@bu.edu if you’d like to create a BU Beats playlist.