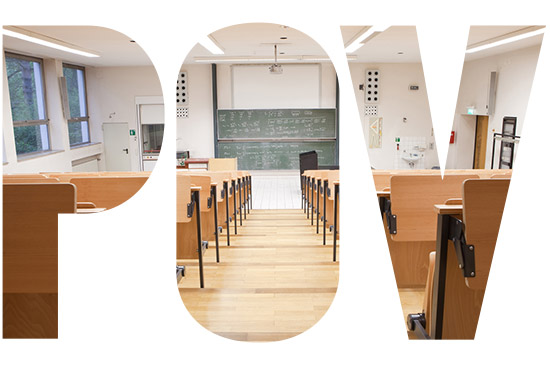 It looks like the Trump administration is getting ready to attack race-based affirmative action in higher education.

Last week, media outlets reported that a memo had been circulated to the Justice Department’s civil rights division soliciting people interested in “investigations and possible litigation related to intentional race-based discrimination in college and university admissions.” It takes no great effort to deduce that the colleges and universities that may be the targets of “investigations and possible litigation” are the ones that alter their admissions criteria so as to admit a meaningful number of black, Latinx, and indigenous students—students from historically disadvantaged racial groups.

Race-based affirmative action has always been controversial in light of the fact that in order to distribute some seats in an incoming class to black, Latinx, and indigenous students, some seats have to be distributed away from students who would otherwise be admitted: white and Asian students. It is for this reason that opponents of such efforts sometimes deride them by calling them instances of reverse racism. Supporters of affirmative action deny this description, defending the programs on the basis of diversity. They say that affirmative action facilitates racial diversity in colleges and universities. And diversity, they say, is good for everyone.

The Civil Rights Movement of the 1950s and 1960s is rightfully understood as the birthplace of affirmative action. While those who participated in this social movement conceptualized intentional racial discrimination as a key mechanism that worked to exclude black people from the life of the nation and to relegate them to the bottom of social, cultural, political, and economic hierarchies, they appreciated that other processes functioned to produce the same results. Indeed, Dr. Martin Luther King, Jr. (GRS’55, Hon.’59) argued that even if intentional racial discrimination was never again practiced in the country, black poverty, the “historic and institutionalized consequences of color,” would persist. Hence, thinkers of the day understood that formal legal equality for black people would not result in substantive equality for this historically disadvantaged group.

Accordingly, activists certainly celebrated the passage of the Civil Rights Act of 1964, which outlawed race-based discrimination (as well as discrimination on the basis of color, religion, sex, and national origin) in significant areas of American life. However, they conceptualized this piece of legislation as a necessary, but not sufficient, step in the fight for racial justice. Also required were efforts to dismantle the race-neutral processes that destroyed black people’s ability to participate themselves as equals into the body politic. They understood that exclusion from job opportunities and educational institutions was as much a function of intentional discrimination as it was of the way that “merit” and “qualifications” had been defined.

The Equal Opportunity Act, which was the legislative piece of President Lyndon B. Johnson’s War on Poverty, complemented the Civil Rights Act inasmuch as it implemented job training and social welfare programs that were designed to help the poor acquire skills that could help them participate in the labor market, and ideally, emerge from poverty. But still, many felt that the programs that the Equal Opportunity Act implemented were insufficient to realize what the civil rights activists demanded: full-throated racial justice. They offered race-based affirmative action programs as the vehicle for making tangible that demand. It was these programs to which President Johnson referred in a speech on Howard University’s campus in June 1965, noting that the country must enter the “next and the more profound stage in the battle for civil rights.”

Thus, affirmative action is not about diversity. It is about remedy. It is about addressing this nation’s sad, sorry, and sustained history of racism against historically disadvantaged racial groups. As prominent legal scholar Charles Lawrence has written: “The original vision of affirmative action proceeded from the perspective of the subordinated. [When the] students and community activists who fought for affirmative action in the 1960s and ’70s demanded affirmative action—when they sat-in and sued and took over buildings and went on hunger strikes and closed down universities—they sought redress for their communities.”

Suffice it to say that we have not redressed the racial wounds that have been inflicted on black, Latinx, and indigenous people (as well as on many Asian communities). The quality of the lives of many people of color is too poor—and their lives too short—to suggest otherwise.

This is not to argue that affirmative action is adequate—is the only thing that we need to do to right our racial wrongs. It is not. We need to make many other interventions to remove the race-based burdens that devastatingly high numbers of black, Latinx, and indigenous people bear. However, the Trump administration is not interested in intervening so as to improve the lives of this country’s truly disadvantaged groups. Instead, it is gearing up to attack one powerful, if ultimately insufficient, effort to produce a nation that reflects the commitments to equality and justice contained in its founding documents.

Khiara M. Bridges, a School of Law professor of law and a College of Arts & Sciences professor of anthropology, can be reached at kmb73@bu.edu. The author of Reproducing Race: An Ethnography of Pregnancy as a Site of Racialization (University of California Press, 2011), she has written widely on the issues of race, class, reproductive rights, and reproductive justice. Her latest book, The Poverty of Privacy Rights (Stanford University Press, 2017), explores the moral construction of poverty and its effects on poor mothers’ privacy rights.

There are 28 comments on POV: Defending Affirmative Action