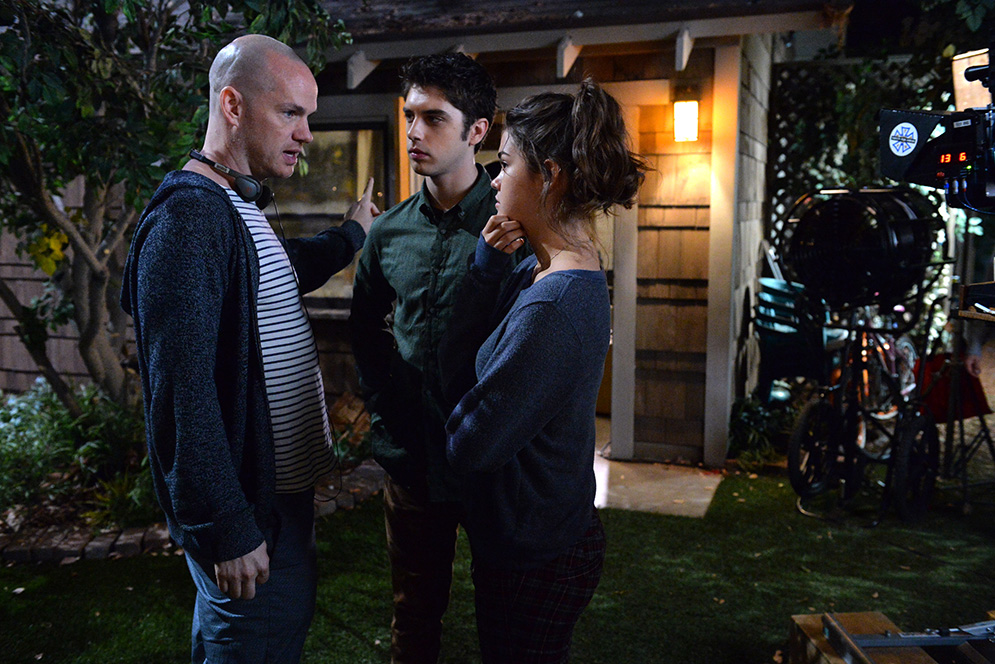 We are a society obsessed with our own reflection, Peter Paige says, “only the mirror we are looking in is the 42-inch plasma in our living rooms. We all want to be reflected there, and when we don’t see ourselves, we feel invisible.”

For much of his Hollywood career, the actor, writer, and director has striven to make gay people more visible on television, first playing Emmett Honeycutt on Showtime’s groundbreaking Queer as Folk and now working as a creator and executive producer of ABC-owned Freeform’s The Fosters, an award-winning series about an interracial lesbian couple and their blended family, which debuted in 2013.

“As a kid I was so desperate to be a part of something, to feel validated by companionship,” says Paige (CFA’91). “I was an only child, and we moved a lot, so I never had that sort of privilege of regional or ethnic identity that a lot of people cling to. Being gay gave me a little bit of that, but it wasn’t something I saw reflected in the world.”

Or on TV. Although gay people occasionally showed up on talk shows like Ricki Lake and Donahue, gay characters on scripted series tended to serve as either comic relief with obvious—but unacknowledged—sexuality (Paul Lynde, Dom DeLuise) or guest stars in so-called message episodes, like Archie Bunker’s linebacker friend Steve on All in the Family.

So as a young actor in Hollywood, Paige knew he was part of a paradigm shift when he auditioned for the out, proud, and often sexually explicit Queer as Folk. Based on a British series, the show about the lives of a group of gay men in Pittsburgh presented a rounded portrait of a gay peer group, dramatizing their romances, disputes, and bedroom behavior as matter-of-factly as if they were the Carringtons on Dynasty or the friends on the eponymous NBC comedy. It was the first time many gay men had seen lives a lot like their own on television, Paige says. 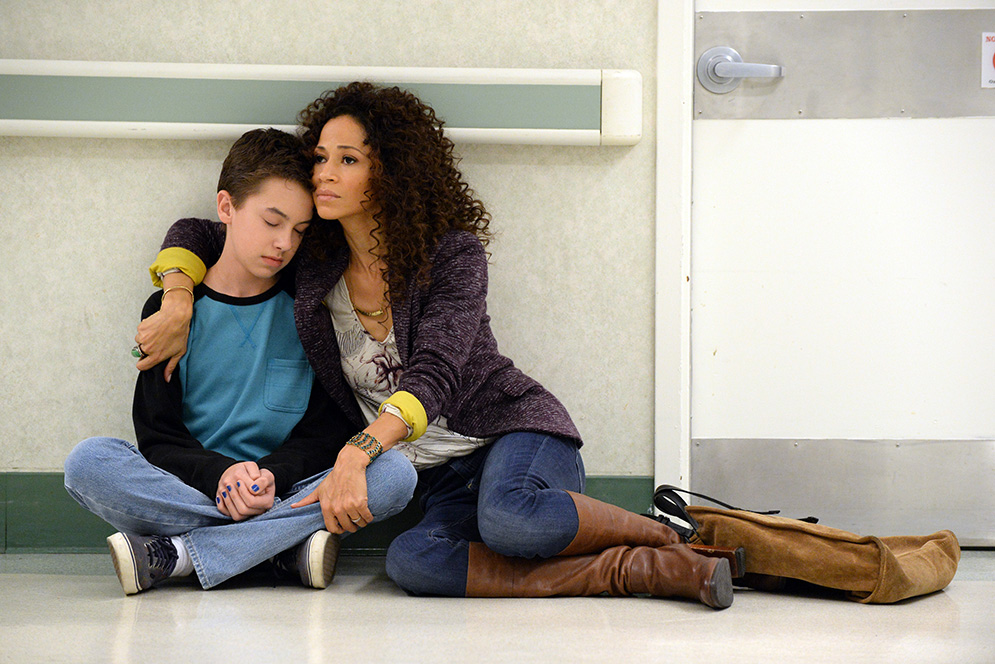 The teenagers bring drama to The Fosters with their romances, identity issues, and acting-out: Hayden Byerly (left) and Saum. Photo courtesy of ABC Family/Eric McCandless

“You are reaching people in their homes—in their underwear—every week and showing them things about the world and themselves that can produce incredible change,” he says. “I absolutely believe that people learn to relate to people different from themselves through storytelling—especially the week-in, week-out familiarizing possible with television. I witnessed it firsthand with Queer as Folk, and I’m lucky enough to be experiencing it again with The Fosters.”

He had change in mind when he and writing partner Brad Bredeweg created the show, which counts Jennifer Lopez among its executive producers. It follows police officer Stef Foster (Teri Polo) and school administrator Lena Adams (Sherri Saum) as they raise their brood of biological, adopted, and foster children, mostly teenagers, whose romances, identity issues, and acting-out provide the drama. While the show doesn’t feature the sex romps that made Queer as Folk a sensation, the milder domestic drama may have an even more significant impact on viewers, Paige says.

“When fans of Queer as Folk see me, they feel like they know me, like I was at the gay bar with them just last week,” Paige says. “Now, with The Fosters, we get stopped by moms saying, ‘Thank you, I never thought I’d see my family on TV,’ and 13-year-old kids saying, ‘I never thought I’d see my parents on TV. Thank you for putting a family that looks like mine out there, because it means so much to me.’

“And that’s been true not just of lesbian households, it’s been true of a lot of different families, families that aren’t one ethnicity, two-gender parents, two-and-a-half children,” Paige says. “There are more and more of them these days. Any family that doesn’t fit the sort of 1950s norm is hungry for representation and visibility. Seeing a lovingly depicted family that doesn’t fall under that traditional sort of umbrella has been exciting for a lot of people.”