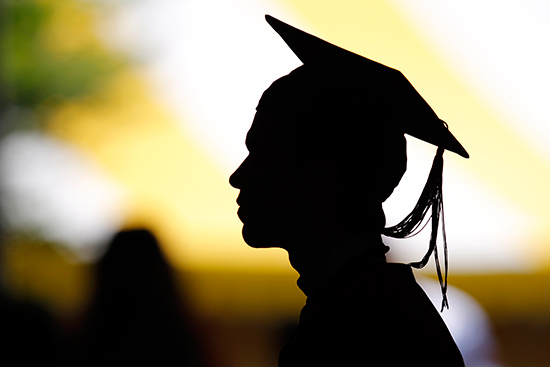 University President Robert A. Brown last week signed an open letter, along with more than 250 higher education leaders, urging the nation to preserve the Deferred Action for Childhood Arrivals (DACA) program, which protects undocumented immigrants who arrived in the country as children. The letter is clearly aimed at the incoming Trump administration, which has promised a crackdown on illegal immigrants.

“To our country’s leaders, we say that DACA should be upheld, continued, and expanded,” states the letter, which was also signed by the presidents of Harvard, MIT, Tufts, and Northeastern locally. “This is both a moral imperative and a national necessity.”

“DACA is a program that provides some security for students who through no fault of their own were brought to the United States as children, so they have no direct responsibility for their status as undocumented immigrants,” says Jean Morrison, University provost and chief academic officer.

“It seems only appropriate that we stand up for these individuals, who are working to educate themselves,” Morrison says. “We believe in the premise that a vibrant community in which students can learn and mature is a community that has broad representation of people from around the United States and around the world.”

Morrison says she believes there is a small number of DACA students at BU, and that the exact number is unknown, because applicants are not required to provide information about their status at any point.

“The reason we care about DACA is that we are a University that is committed to having an open and welcoming atmosphere to students from across the United States and around the globe,” she says, noting that international students comprise about 24 percent of the freshman class. “We think of ourselves as a culturally inclusive University, so it is important to us that the DACA students feel that they are welcome and valued here.”

Trump has vowed to end the four-year-old program, which has protected more than 740,000 young people who were brought to the United States illegally as children from deportation and has issued work permits in exchange for registering with the government. Because President Barack Obama established DACA in 2012 by executive order, it can be reversed by an executive order from Trump.

BU has also provided a statement for administrators at its schools and college to use in communication with prospective students, especially graduate students, which says in part: “We are reaching out to you in the wake of the extraordinary and contentious presidential election that took place earlier this month in the United States. The results, as you are likely aware, have generated serious concern among many of our citizens and communities, because of the divisive and alarming language from the campaign that is still echoing around the country and the world. We want to reassure you that Boston University remains a steadfastly inclusive and safe community. As a student, you will always be welcome here, no matter your race, ethnicity, gender identification, sexuality, disability, religion, or national origin. We will never tolerate nor stand for prejudice, bigotry, or hatred of any kind, subtle or overt.”

The government lists 7,025 DACA approvals for individuals who listed their residence as Massachusetts, which makes the Bay State 19th on the list led by California and Texas. The top country of origin is Mexico, with 579,939 approvals as of June, and El Salvador is second at 26,742. Of the top 10 countries of origin, 8 are in Central or South America; the other 2 are South Korea and the Philippines.

Individuals may request DACA status if they were under the age of 31 as of June 15, 2012, came to the United States before reaching their 16th birthday, and have lived here continuously since June 15, 2007. They must either be in school, have graduated from high school or earned a GED, or be an honorably discharged veteran of the Armed Forces or the Coast Guard. They must not have been convicted of a felony, a significant misdemeanor, or three or more other misdemeanors or otherwise pose a threat to national security or public safety.

Building a border wall and deporting undocumented criminals top Trump’s immigration agenda, and DACA and the DREAM Act, which offers a path to citizenship, were also targeted during the campaign. Postelection talking points issued by the Immigration Legal Resource Center note that it would be costly and difficult for the nation to deport more than 700,000 DACA recipients, but warn that “Trump is more unpredictable than past presidents, so we do not really know what to expect.”

“America needs talent—and these students, who have been raised and educated in the United States, are already part of our national community,” states the open letter, whose circulation was spearheaded by David Oxtoby, president of Pomona College. “They represent what is best about America, and as scholars and leaders they are essential to the future.”