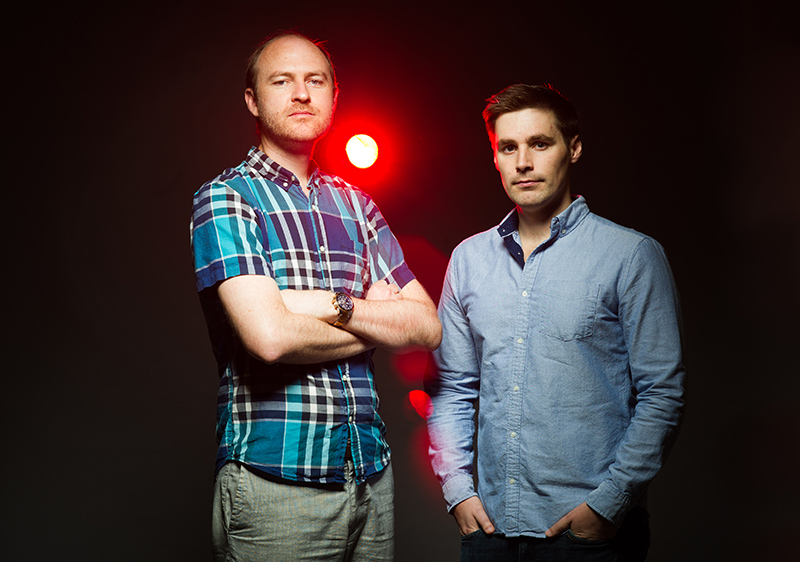 Five hundred miles above the sweep and swirl of Jupiter’s caramel-and-cream clouds lies a mystery. The atmosphere’s top layer, which covers the whole planet like a gigantic orange rind, should be a frigid 200 Kelvin. Instead, it broils away at 850 Kelvin—more than 1,000 degrees Fahrenheit. This hot layer is called the thermosphere, and for 40 years, since observations from NASA’s Voyager spacecraft and ground-based telescopes first revealed its temperature, researchers have tried and failed to understand the source of this extreme heat. They have even given the problem a name: the “energy crisis.” Now, a team of astronomers from Boston University and the University of Leicester in England think they have found the solution to the mystery in Jupiter’s iconic Great Red Spot.

The Red Spot is the greatest storm on the grandest planet in the solar system, a colossal hurricane that makes Earth’s worst gales look positively tranquil. Wider than our whole planet, lashed by 400-miles-per-hour winds, the Great Red Spot has been raging for at least 150 years—possibly centuries longer. Now, James O’Donoghue, a research scientist at the BU Center for Space Physics (CSP), and his colleagues Luke Moore (GRS’04,’08), a CSP research scientist, and Thomas Stallard and Henrik Melin, both of the University of Leicester, have found that the upper atmosphere 500 miles above the Great Red Spot is even hotter than the rest of the thermosphere. At 1600 Kelvin, it’s almost twice as hot as the surrounding atmosphere. In a July 2016 paper in the journal Nature, the researchers argue that energy from the storm is behind the hot spot. They think it is an extreme illustration of how storm turbulence in the lower atmosphere of Jupiter may be heating the upper atmosphere all across the planet.

Explaining how the storm off-loads so much energy in Jupiter’s upper atmosphere—without heating up the layers of gas in between—is a challenge, but O’Donoghue and his colleagues have sketched out a general picture in which the storm churns up the gas around it, sending waves traveling upward. Like ocean waves breaking on the shore, the waves “dump” their stored-up energy in the upper atmosphere. Instead of water waves, though, the Great Red Spot sends up waves of compressed gas that break in a hot froth at the upper atmosphere.

The same process could also be at work on Saturn, Uranus, and Neptune—the solar system’s other gas giant planets—where the upper atmospheres are also hundreds of degrees hotter than astronomers can explain. Previously, researchers had suspected that the extra energy was coming from electrical currents produced by planetary aurorae, pumped-up versions of Earth’s northern and southern lights. In the last few years, though, astronomers have discovered that on fast-rotating planets like the gas giants, heat from the aurora would be deflected back toward the poles, making it impossible for the aurora to bring the upper atmosphere to the extreme temperatures astronomers observe.

To measure the temperature of Jupiter’s upper atmosphere, O’Donoghue and his colleagues took advantage of the unique properties of a molecule called protonated molecular hydrogen, or H3+, which on Jupiter is found mostly in a 200-mile-thick layer of the upper atmosphere. Protonated molecular hydrogen is a positively charged molecule made up of three hydrogen atoms arranged like the points of a triangle. When it gets hot, protonated molecular hydrogen gives off light. The colors that make up that light change as the temperature of the molecule changes. By splitting Jupiter’s light up into its component colors and comparing the results against a computer model, O’Donoghue and his team were able to use H3+ as a kind of “light thermometer” to take the temperature of the upper atmosphere.

O’Donoghue first noticed the startling temperature spike above the Great Red Spot while at his computer, poring over data collected at the NASA Infrared Telescope Facility, a three-meter telescope on Hawaii’s Mauna Kea. He was working on assembling a full-planet temperature map of Jupiter’s upper atmosphere, but the discovery stopped him short. “When I first looked at it, I just didn’t believe it,” says O’Donoghue. “It took a good month of work to convince ourselves. But it’s undeniable, really.”

“This is possibly the smoking gun that tells you that there is some interaction between Jupiter’s lower atmosphere and the upper atmosphere,” says O’Donoghue. “For the first time we’re getting actual evidence of the upward linkages that are possible, and that’s really a major step,” says Michael Mendillo, professor of astronomy, who studies the atmosphere of Earth and other planets but who was not involved in the present research. “This particular study will be landmark.”

The next step, O’Donoghue says, will be to look all over Jupiter for more links between hot spots in the upper atmosphere and violent wind shear below. To do that, the researchers are continuing to piece together the global temperature map and integrating new observations from the 10-meter Keck telescopes, among the largest telescopes in the world, which will reveal even finer details. (The Keck observatory is also located on Mauna Kea.) If they can prove the link between storm activity below and high temperatures above, it will be “case closed” for the 40-year-old mystery, says O’Donoghue.

But the observation has also opened up a new set of puzzles. For one, the hot spot only appears over the north half of the Great Red Spot. Why? Is it always hot, or does it go through cool periods? And how exactly does heat get from the storm to the upper atmosphere? O’Donoghue hopes to take on these questions with help from experts who use computer models to show how different kind of waves travel through the atmosphere. For now, though, O’Donoghue and his team are hopeful that the famous storm will solve the mystery of the “energy crisis” at Jupiter and beyond.