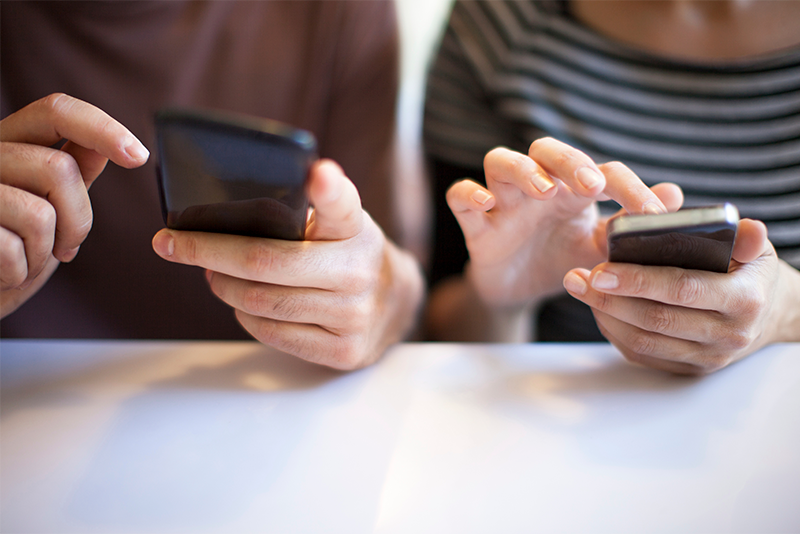 Social media sites like Facebook and Twitter offer users a platform to discuss science with the online community, but it’s easy for facts to become distorted and misinformation can thrive. Photo by Marco_Piunti/iStock

Internet commentators love to shout their opinions, but new research shows that the loudest might not know what they’re talking about. Jacob Groshek, a Boston University College of Communication (COM) assistant professor of emerging media studies, researches online communication and social media. In a June 2016 essay in The Conversation, Groshek wrote about how online discussion can distort facts and disrupt science communication. Specifically, tracking how information about antimicrobial resistance spreads online, Groshek and collaborators James Katz, Feld Professor of Emerging Media at COM, and Kevin Outterson, a BU professor of law, as well as graduate students from the Emerging Media Studies program, found that those who posted about science most online were likely to be the most misinformed.

BU Research asked Groshek how scientists and citizens might be able to combat the troubling spread of science misinformation on social media.

The following interview has been edited and condensed for clarity.

BU Research: Your article in The Conversation discusses how information about science—for example, antimicrobial resistance—spreads on social media. How did you get interested in that topic?

Groshek: Our question there was: what do people know about antimicrobial resistance—AMR—and are there some factors that help explain why some people know more and some people know less? We were particularly interested in social media and the way that using it related positively or negatively to knowledge, and also behavior. Were people reporting using antibiotics in an appropriate or recommended fashion? The idea was not to get into the debates but rather to talk about the experience of how people are communicating science in an online media environment that can at times be contentious. At some times, it can be a little overwhelming as to what really are the facts. AMR is one topic in a larger field of study where we’re trying to push forward a bit more.

Well, that’s the trouble, right? I’m going to talk a bit speculatively here, but…I think there’s a problem that sometimes people will self-select certain kinds of traditional media that may oversimplify things, as in they might focus on outliers. And then the media reports on findings, right? There’s a tension that exists there, in that journalists, of course, want to have the most interesting information to capture a large audience, but in the end that might not be the most important finding. So I think it’s certainly possible that there’s a distortion that can take place in the traditional media creation, but also in the consumption.

How does social media play into that process?

Even if people are exposed to accurate information, there’s a whole psychological processing system where they might choose to reject what they hear or what they read, or they might confuse it. There are many levels here where people can get the facts mixed. Especially when they talk in a cacophonous sort of arena, where you hear many different voices and many different social media users who are perhaps saying different things. It becomes difficult for a non-expert to really decipher what’s correct. I think interpersonal relationships also come into play in terms of what they believe from other people they know directly or personally. That is the level where social media becomes important.

Is the realm of social media just doomed to be full of misinformation?

Like I said in The Conversation, social media is definitely a double-edged sword. It can run the risk of being a source of misinformation, but it can also be an effective way to redirect that information. Making the space more factual instead of cycling or recycling…I think there are a lot of opportunities.

Should scientists step in directly to correct some of the incorrect facts flying around? Do scientists, in your opinion, trust in social media as a good way to talk to their audience?

That’s a very interesting way to think about it. I don’t know if they really trust social media; I mean, it’s just a tool, right? I think they value it and understand it as a way to be directly involved. Most scientists at the very least use it to help disseminate their research to a broader audience beyond just experts in their field. I’ll just speak for myself—I feel that it’s really imperative that, as scholars or scientists, we try to make a contribution to broader public understanding of issues like AMR—and social media is a very direct way of doing that. But, of course, there are pitfalls and risks that come along with that particular area. You can be exposed to some nasty messages and you can get caught up in debates that can be time-consuming and that aren’t always productive. I think that it’s something every scientist has to weigh the pros and cons of and think very carefully about.

Scientists are sometimes stereotyped as sounding condescending or even incomprehensible when trying to talk to a lay audience. Do you have tips for researchers who want to speak directly over social media?

The best thing I can suggest is to stay close to your data. Don’t overreach what your findings really are. And when you have regular followers on Twitter or Facebook, I think it’s really important to respond to their messages. If somebody mentions you on Twitter, take the time to mention back, to answer questions. Reddit is another good forum where scientists can present their work, and there’s some really great moderation that takes place there. It’s always easier to say, ‘well, go read the article!’ But even then, it doesn’t guarantee that a reader of the article will walk away with a correct understanding. So the best advice I can give is be thorough, be direct, be accessible.

Alternately, do you have any advice for a non-expert who is seeking science information online? How they might be able to avoid the pitfalls of misinformation?

Suspend your previous biases if you’re able, and seek out new scholarship. In terms of detecting misinformation, I think there are certain things you can look for, like, ‘does it sound true or is it so over the top?’ Like some of the studies on whether wine and chocolate are good for your health. Or does the information come from an institution that has no legitimacy? That’s a red flag. Always double-check things.

Talking about Science on Social Media

There are 2 comments on Talking about Science on Social Media