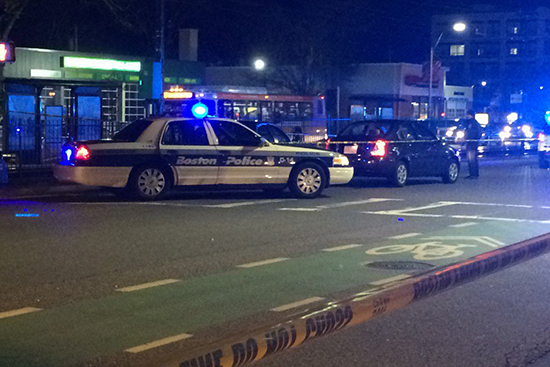 A BU Medical Campus employee remains in critical condition after being hit by a car last night on Comm Ave near Harry Agganis Way. Photo courtesy of Ted Cooper

An investigation of the accident closed the westbound side of Comm Ave from the BU Bridge to Babcock Street for three and a half hours, and briefly suspended service on the B branch of the Green Line from Packard’s Corner to Blandford Street.