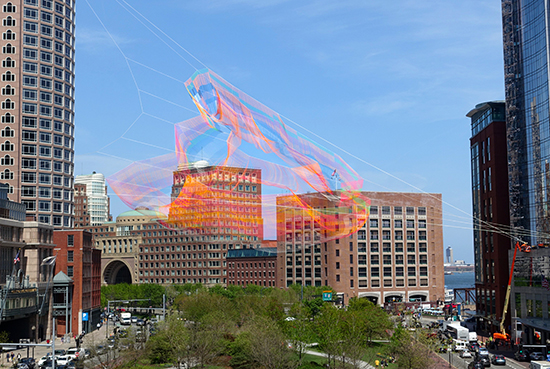 Updated at 12 noon:  Tonight’s event has been sold out and tickets are no longer available.

Boston’s culinary scene is no longer associated only with New England fare like baked beans and clam chowder—the last decade alone has seen an explosion in the number of restaurants specializing in ethnic cuisines. Tonight, you can savor some of that international fare at Get Konnected!’s Second Annual Summer Soiree: A Taste of Ethnic Boston, taking place at the Harborside Inn.

A bi-monthly networking event for urban professionals, Get Konnected! is partnering with the Rose Kennedy Greenway for the “soiree,” which will feature food from around the world while also celebrating the Greenway’s public art.

More than 10 ethnic restaurants are participating, including Cafe Barada, which will offer Lebanese dishes; Merengue, which specializes in Dominican cuisine; and Teranga, noted for its traditional Senegalese fare.

The evening will also include a discussion led by Lucas Cowan, public art curator of the Rose Kennedy Greenway Conservancy,  who will talk about local artist Janet Echelman’s acclaimed, monumental aerial sculpture As If It Were Already Here, which straddles the Greenway. And there will be Caribbean music courtesy of New England–based Pan Loco Steel Band.

Get Konnected!’s Second Annual Summer Soiree: A Taste of Ethnic Boston, will take place tonight, Tuesday, July 28, at the Harborside Inn, 185 State St., Boston, from 5:30 p.m. to 8 p.m. Tickets are $15 if purchased in advance online or $20 at the door. Via public transportation, take an MBTA Blue Line train to the Aquarium station, then walk two minutes to the Harborside Inn.