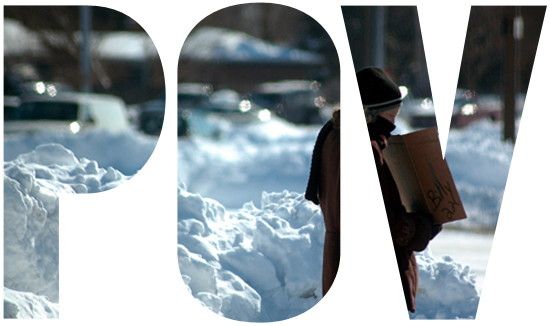 Mr. J sits on the edge of the examination table with a concerned look on his face. He has been staying at the Barbara McInnis House, a medical respite center for homeless individuals, for a month now. Over the course of his stay, we’ve witnessed treatment success; with access to medications, his bipolar disorder and coexisting medical conditions are well controlled. Today, our care team discusses plans for his discharge. However, Mr. J’s future after discharge is uncertain, since he is a recovering heroin addict. While he is motivated to stay clean, there are very few addiction treatment program beds available.

Mr. J is one of many individuals we meet in our experiences as medical students from Tufts, Harvard, and Boston University. As students who want to work with underserved populations, we have the opportunity to engage with patients from all around Boston, including homeless individuals and those suffering from substance use disorders. We’ve learned a lot from this diverse population, and we have a duty to advocate for, and with, these often overlooked and underestimated individuals. It is for this reason that we call on the city of Boston for an expansion of addiction treatment services for our most vulnerable patients.

On October 9, 2014, 265 addiction treatment beds—more than 50 percent of the entire city’s substance use beds—and 450 shelter beds were lost as a result of the Long Island Bridge closure. Many were left with no alternative program options and forced to battle their addiction issues without professional support. Some found ways to maintain their path to recovery, but others disappeared, their fate unknown by the program staff who worked with them. Treatment for recovering drug users was scarce before the bridge closure; patients like Mr. J may now find themselves with nowhere to go to seek intensive recovery support.

In 2005, the Massachusetts Department of Public Health’s Bureau of Substance Abuse Services found that mortality from unintentional opioid overdose had surpassed mortality from motor vehicle accidents. In fact, between 2000 and 2013, opioid-related overdose deaths in Massachusetts more than doubled. Last year, the Department of Public Health created a task force to “combat overdoses, stop the epidemic from getting worse, [and] help those already addicted to recover.” Despite these promises and a $10 million Substance Abuse Treatment Trust Fund approved for the fiscal 2015 state budget, patients recovering from substance use disorders have found themselves abandoned and cut off from lifesaving treatment programs.

Since late fall, there has been a spike in opiate overdose deaths in Massachusetts, with more than 110 fatalities reported during December. Hospital visits for overdoses have risen in recent weeks, and the problem is compounded by the lack of treatment beds. City officials have promised to repurpose existing buildings, such as Building N, a city-owned facility in Mattapan, to replace lost treatment beds, but as relentless winter weather grips the city, they continue to push back their own deadlines for these changes. Even if Building N is opened soon, the 74 substance use beds it would provide will replace only a small portion of the 265 beds lost to the bridge closure. Each day that we wait for the government to act, patients are at increased risk for homelessness, frostbite, exacerbations of chronic illness, and drug overdose. Mayor Martin Walsh has cited the complexity of the situation as the reason that treatment beds have not been replaced, but we cannot use this as an excuse when lives are at risk.

In ERs, hospitals, and health centers across Boston, we cringe at the overflow of those in need and the shortage of beds. We lament that patients and their families remain devastated by the insidious effects of addiction. We bear witness to the epidemic of substance abuse continuing to expand in Massachusetts, a terrifying and deadly public health emergency. As advocates for our patients, we call on the city and state governments to quickly replace treatment beds that were taken away by the bridge closure. In the long term, we ask that state and city officials ensure that every patient battling substance use disorders can immediately access services when they are ready to take that step. This crisis is an opportunity to create change—now is our chance to not only replace, but even expand the city’s addiction treatment capacity and improve the health of the commonwealth’s citizens.