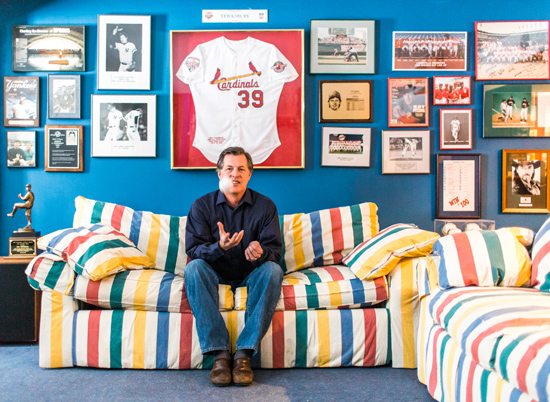 Opening day arrives today, and there will be many familiar faces in new spots across Major League Baseball. In Boston, Grady Sizemore, a free agent veteran who hasn’t played in two years because of injury, has made the Red Sox roster, replacing star center fielder Jacoby Ellsbury, who left Boston for the New York Yankees over the winter.

Also missing from the Red Sox program this year is Bob Tewksbury (SED’04), who is the new (and first) director of player development for the Major League Baseball Players Association. The role is similar to one he held for nine years with the Red Sox—mental skills coach. He will help players deal with the psychological stresses of the game, hoping to improve their on-field performance as well as their lives off the field.

A Concord, N.H., native, Tewksbury is uniquely qualified for the position. He pitched 13 years in the major leagues, posting 110 wins and 102 losses from his debut in 1986 at age 25 to his retirement in 1998 at 37. The tall, crafty right-hander was an All-Star in 1992, when he went 16-5 with a 2.16 ERA for the St. Louis Cardinals, so he is familiar with the peaks and valleys of a major league career. After he retired, he kept close to the game in roles as a consultant and broadcast commentator. He earned a master’s in sports psychology at BU, then signed on as the Red Sox mental skills coach.

Tewksbury is working out of his home in Concord, but he will also be traveling to New York and other major league cities throughout the season. BU Today caught up with him while he was in Arizona, touring MLB facilities and meeting players during spring training.

BU Today: You’ve been on the job for two months. How’s it going so far?

Tewksbury: Things are good. I’m getting to meet a lot of new players and new teams, getting to travel around to see different facilities, and getting an idea of the bigger landscape of baseball, so it’s gone really well.

This is my first year with the players association on this tour. I give a two-minute briefing on my history and what I’ve done, the fact that I played, went back to school, worked with a team, and I give them the ins and outs of how it’s going to work. And that part is new. The players have never heard that speech before, because there hasn’t been anyone in this position.

What are baseball people saying about your new role?

People think it’s good that there’s another resource. They’re saying that this is a position that should have been in place a long time ago. So the response has been favorable from just about everybody I’ve talked to, but that’s spring training and spring training is always nice and fuzzy, because everyone is away from the cold and everyone is happy. When the regular season starts and the issues come more to the forefront, we’ll see if those people still feel like this is a good idea. 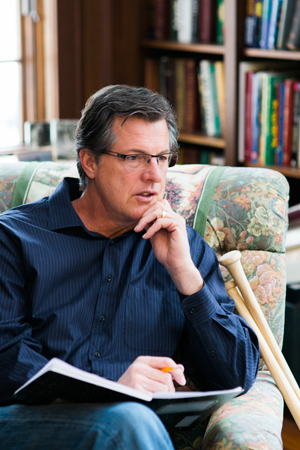 How did the position come about?

The players association came to me. They wanted to create a new position of support for players. Teams have existing employee assistance programs, such as drug and alcohol counseling. Some teams have sports psychologists or mental skills coaches, but not all teams do.

What they found over the years is that sometimes there are issues where players didn’t want to go through the team personnel—whether it was the employee assistance program or the sports psych program—for a variety of reasons, so they wanted to create something in-house that would make sure the players got the support that they needed in the event they needed it.

You spent nine years with the Red Sox as a mental skills coach prior to taking this new position. Why leave the World Series champs?

First of all, to be part of a World Series–winning team is something I had never done before in my 33 years in pro baseball and something I will never forget. The Red Sox are a great organization that values the mental aspects of performance. I was fortunate to be in that position for nine years. That said, the potential to help a greater number of players who may be looking for assistance with some personal or professional issue was a unique and special opportunity, one that was hard to turn down.

What is your vision for the position?

I’m going to introduce myself to the players and let them know what I do, and then the first year is going to be a trial and see-how-it-goes type of year. We’ll see how many players use and call the resource, what type of problems or issues come up, how to provide for the program moving forward to build the support that we need for the players based on how this year goes. This is just an educational and informative type of year for the players, and we’ll see how it plays out over the season.

Do you think you’ll be leaning more on your playing experience or your counseling training in this role?

I think my playing experience will open the door for me to do both. It will be a blend. I think there’s a natural tie-in with playing experience and the relationship with players. But I do think that once trust is made through that experience, players can open up and talk about other areas that might be issues for them. I think it tends to lean more toward playing stuff than other stuff, but we’ll see. We’ll have a better idea after this year for sure.

What are some of the top challenges facing players today?

I think players face a variety of things. Baseball is a difficult game. Stress is omnipresent, because you are playing every day. There are few “off-days.” The cumulative effects of stress present themselves in various ways: injury, changes in sleep patterns, and poor performance. With 81 games on the road, players also have to learn how to manage long-distance relationships and family issues. Also, managing social media can be stressful for players. That’s something I didn’t have to deal with 15 years ago.

Will you use your own experiences—mistakes you made or lessons you learned—to pass those along?

My experiences are what tie me to the players. I was traded. I was released. I’ve had two surgeries. I’ve been through about every experience a player goes through, and I use my stories to give examples and to talk to them about things that I went through, and it normalizes it. Players think that whatever they’re feeling, no one else has felt this before, when in fact everyone who’s played the game has felt the same thing.

How do you plan to address such a wide variety of problems?

It’s pretty simple. They’re either playing-based or performance-based, and I can tell them stories and help with their mental skills, which is what I’ve done for years working with the Red Sox. I have a pretty good idea of how to handle that.

Or the problems are clinically based, where I refer them out. Someone calls and says, “I have anxiety and I’m having panic attacks,” then I say, “You need to call this doctor in Phoenix.” But if a guy calls and says, “I had a bad game yesterday and my confidence is low,” then I can say, “OK, well, let’s talk about it.” I think discerning what to do is fairly cut-and-dried. The bigger issue is if this becomes successful, how do you possibly juggle 200 players. I don’t think at any one time there will be 200 players calling me; it will be spread out over the season and different groups of players. The veteran players handle things differently—they already have experience and know how to handle things. The bigger group of people will be the younger players trying to go through this for the first time. Again, I’m speculating. A year from now I may have a totally different answer and a totally different viewpoint on this. 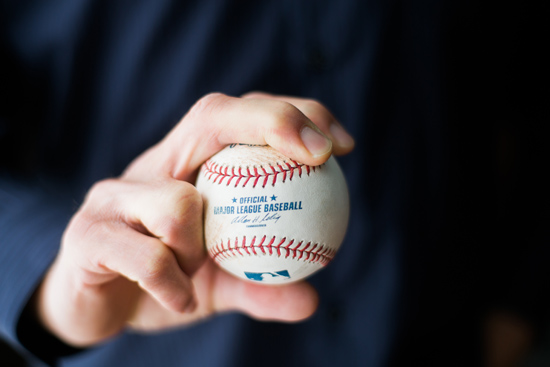 What do you tell a player who’s slumping? We often hear the expression, he’s trying too hard—what does that mean?

I think the biggest thing with players is that baseball is not a linear game, where the harder you try, the better you play. So getting the player to understand how to control his effort level is the first thing. “Why are you trying to do so much?” Get them to talk about their goals and expectations and what’s realistic, and help them to be aware of how their self-talk affects their confidence and why. Then we work to change it. Then the confidence is self-talk—what you say to yourself. What’s the root of that? Is that something that can be adjusted?

What are the attributes of players who make it all the way to the big leagues?

Generally speaking, the players forget their failures and remember their successes. I should say they minimize their failures; they don’t forget them…but they focus on all the things that they’ve done well. They will understand that there are ups and downs. They’re just mentally tougher. They ride things out better. They adapt and respond to things better, for the most part, and that allows them to play more consistently. And consistent play over the course of a baseball season will keep you in the big leagues.

What happens to players who appear to be at the top of their game one year and simply lose it the next, and maybe never get it back?

Put it this way, I don’t know if anyone knows the answer why, but 50 percent of the players who play one year of Major League Baseball never play a second full year. So this game is hard. Sometimes it’s because of injury and sometimes a player can’t sustain the talent level needed to play MLB for any length of time.

Jon Surmacz can be reached at jsurmacz@bu.edu.

There are 3 comments on The Performance Enhancer