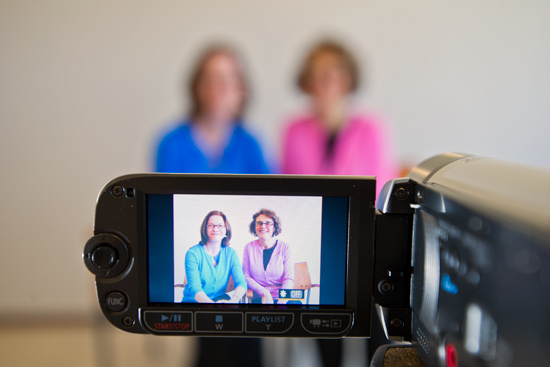 A 14-year-old boy looks into a video camera and reflects on the need for friendship. “I think you want friends because people are social beings, and we’re all born to want to be around other people,” he says. “It’s just how we are.”

On the surface, there’s nothing particularly notable about that statement. But it was made by an adolescent with an autism spectrum disorder (ASD), which gives the words a powerful resonance. Most people with an ASD, regardless of their age, have difficulty developing and maintaining friendships. They want friends, as that 14-year-old attests and research confirms, but generally lack the social skills to create those bonds.

“Much of the research in the autism field has been focused on the social impairments of people with autism,” says Cohn. “But some people with an ASD do have friends, and we thought, rather than focusing on their social communications deficits, why don’t we flip this paradigm on its head and try to understand what adolescents who have autism are doing that works for them. How are they relating to their friends? What do they think about friends?”

A window into autism

In a pilot project, five adolescents on the autism spectrum were given disposable cameras and asked to take pictures of their social experiences, of things that were meaningful to them. Those photos were then used as prompts in the interviews that followed, and they proved effective at eliciting responses. A second BU-funded study used video cameras.

“Adolescents on the autism spectrum generally like technology, and we thought that video cameras might give us a window into their perspectives,” says Orsmond. “We worked with three adolescents and got really interesting data. One of the things we saw is that oftentimes these adolescents do have a good understanding of friendship, but they can’t apply it to their everyday life. We also became aware that the camera seemed to be a facilitator of friendship.”

Excited by the possibility that a video camera had the potential to strengthen and promote friendship among adolescents with an ASD, Cohn and Orsmond decided to try to find out whether an intervention was in fact feasible with adolescents.

With support from the Deborah Munroe Noonan Memorial Research Fund, in September 2012 they began an 18-month study, collecting data from 20 teenagers, ages 12 to 17. Adolescents taking part in the study already had to have a friend, which made recruitment challenging.

The first group consisted of five 13-to-16-year-old boys. (Autism is nearly five times more prevalent in males.) Pre- and postintervention measures were taken, both quantitative and qualitative; Orsmond specializes in quantitative research, Cohn in qualitative. Each boy was given a video camera for three weeks and asked to turn it on when he was doing something with a friend. They also received an instruction book with weekly assignments and suggested questions for interviewing friends, such as, “How did you become friends?” “What do you like to do together?” The other major component of the video was a weekly monologue, in which the adolescents talked directly to the camera and reflected on their friendships, again with specific prompts.

“We do what we call a positive self-review,” says Cohn. “Each week, we edit the video clips and show the adolescents examples of themselves engaging in positive behavior.” One boy jokes and laughs with a friend. Three boys (in separate videos) share memories with friends by talking about something they experienced together. A research assistant meets with the adolescent at home, watches the clips with him, and discusses and reinforces his display of positive behavior. The boy keeps the video clip collection during the week, and is asked to watch it at least three times.

“It’s video self-modeling: if you see yourself doing something well, you’re more likely to do it again,” says Orsmond. “What’s interesting is that some of these kids are surprised when we totally disregard the negative stuff, because so much of their intervention has been people telling them what they’re not doing right.”

Orsmond and Cohn hope that over time video will help improve the quality of life for these adolescents. But first they have to determine whether the intervention is even viable on a larger scale. “We’re looking at its feasibility both logistically and in terms of the research design,” says Cohn. “Is it feasible to recruit people? Is it feasible to send research assistants to their houses? Is this something families and adolescents can do in their daily lives? Are our measures sensitive enough to capture change? And is there change in their self-perception of their social competence? We want to identify characteristics of high-functioning adolescents who will most benefit from the intervention. From a qualitative perspective, we want to try to understand what the friendship experience is about, and the things that they’re doing that are working well.”

The feedback from families has been enthusiastic. “Some of the parents have told us that they’re going to continue the video approach with their kids,” says Orsmond. “They also felt that three weeks was not enough time. We were concerned that it would be burdensome, but the parents said that their kids were just getting into it, and it was done. We had asked them to give us six hours of video in those three weeks, and we learned we were expecting too much. We received anywhere from half an hour total to five hours. So we’re submitting a proposal to change the protocol, to give them up to six weeks to complete the video.”

If the use of video proves to be effective, its potential is limitless. “It could influence service systems and researchers, because it could be replicated and delivered by a range of different professionals in a range of settings,” Cohn says.

“Our eventual goal would be to develop a manual of procedures so that any clinician could do this,” says Orsmond. “This isn’t an approach that needs to be done by a certain discipline. We’re also hoping that clinicians will learn to focus on the positive: what is this child doing well, and how do we increase the frequency with which he does it? We don’t have a good way to capture it yet, but it’s so meaningful to a kid when you say, ‘Look at what a great job you did in this interaction.’ The theory is that it increases self-esteem and self-concept related to social competence. If it works, and we can capture it and measure it, that could be really powerful.”

A version of this article was originally published in the 2013–2014 issue of Inside Sargent.

Talking on Camera Could Help Teens with Autism

Talking on Camera Could Help Teens with Autism
0
share this