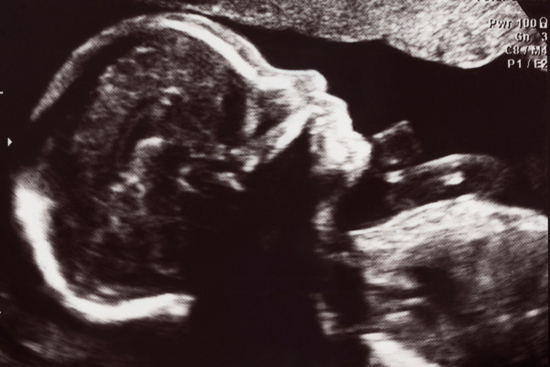 New studies show a growing number of pregnant women are being given opioids, raising concerns about health risks for their babies.

Although potential risks to a developing fetus remain largely unknown, doctors are prescribing opioid painkillers to pregnant women in startling numbers. A recent study published in the journal Obstetrics & Gynecology shows a staggering 23 percent of 1.1 million pregnant women enrolled in Medicaid nationally filled an opioid, or narcotic, prescription in 2007—up from 18.5 percent in 2000. That is the largest usage rate of opioid prescriptions among pregnant women to date.

An earlier study in the journal Anesthesiology found 14 percent of privately insured women received opioid painkillers at least once during pregnancy.

In both studies, the most commonly prescribed opioids were codeine and hydrocodone; oxycodone was among the top four. The drugs were usually dispensed for a week or less, although a small fraction of women were prescribed them for longer. Doctors may prescribe the narcotics for discomfort in pregnancy caused by posture changes, weight gain, and pelvic floor dysfunction, or more serious ailments. In the two recent studies, opioids were most often prescribed for back pain or abdominal pain.

These findings worry Martha M. Werler (SPH’89), a School of Public Health professor of epidemiology and a senior epidemiologist at the Slone Epidemiology Center, whose research has shown an association between first-trimester use of opioids and neural tube defects, which are malformations of the brain or spine, such as spina bifida. Neural tube defects are among the most common birth defects, occurring in more than 300,000 births worldwide each year.

A 2013 study by Werler found mothers who had babies with neural tube defects reported more use of opioids early in their pregnancies (3.9 percent) than mothers of children without such congenital defects (1.6 percent).

“Our study suggests that women of childbearing age—not just those who are pregnant—should refrain from opioid use because neural tube defects develop in the first weeks of gestation, when pregnancy may not be recognized,” says Werler, SPH’s incoming chair of epidemiology. “About half of pregnancies are not planned, so that’s a big chunk of women who may not be thinking about possible risks associated with their behavior.”

BU Today spoke to Werler about the trend of prescribing opioids for pregnant women and the possible implications.

BU Today: So you are concerned about the studies showing doctors prescribing opioids to pregnant women in significant numbers?

Werler: Yes. Even the proportion in 2000 seems high to me, and the increase makes it that much more concerning.

What do you think is driving the trend?

I can think of no condition in pregnancy that has increased in parallel, for which opioids would be prescribed. This leads me to wonder about overprescribing.

How does your own study play into the concerns about opioid use?

Our study was the third to observe a positive association between maternal use of opioids and neural tube defects. In our study, the doubling in neural tube defect risk for opioid exposure was not explained by socioeconomic factors or other behavioral factors, such as cigarette smoking, illicit drug use, and low folic acid intake.

Do we know how opioid use might affect prenatal development?

Neural tube defects result from a failure of the developing brain or spinal column to fuse properly in very early pregnancy. Some neural tube defects cause death, while others can impair cognitive abilities, mobility, and kidney function.

It is not known how opioid use might affect the developing neural tube. We can speculate based on animal studies, which show opioids affecting the fetus at the molecular, cellular, and tissue levels—but the bottom line is that we just don’t know. For that matter, we don’t know the exact mechanism by which folic acid protects against neural tube defects, either. Unfortunately, there is a gap between epidemiologic studies and basic science in studies of birth defects.

Are there good alternatives to opioids for pregnant women who need pain relief?

Acetaminophen, aspirin, ibuprofen, and naproxen are the most commonly taken pain remedies. These medications are not addictive—but their ability to reduce pain may not be sufficient for the most severe situations. The effects of these nonaddictive pain medications on neural tube development have not been thoroughly studied.

As always, the clinician and patient must make the best choice for the circumstances, taking the health of the mother and the fetus into account.

SPH Study: Increased Risk of Birth Defects from Opioid Use

There are 4 comments on SPH Study: Increased Risk of Birth Defects from Opioid Use

SPH Study: Increased Risk of Birth Defects from Opioid Use
4
share this