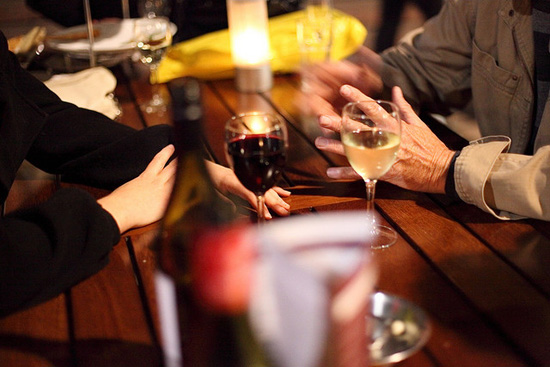 “Will he/she call me again?” Yes! BU alumni will get that call for a second date, according to a matchmaker site that ranks Terriers as great dates. Photo courtesy of Flickr contributor David McLeish

We suppose this shouldn’t be a surprise. A diploma from BU—named one of the nation’s “sexiest, smartest colleges” last year by BuzzFeed—is hot date bait.

So says online matchmaker Dating Ring, which ranks the University at Number 8 among 318 schools for most datable alumni. The firm polled 1,600 people who’d collectively gone on 7,500 dates during the year and a half that ended in September. Schools were ranked based on the percentage of respondents who said, “Yes, I would like to go on a second date with this person,” according to Dating Ring.

Mary Buletza (SMG’80), president of BU’s Alumni Council and Association, attests from personal experience to the rigorous science undergirding the survey. “We have always known our alumni are smart, interesting, and engaging,” she says. “It is nice to know others think so also—including my Northeastern University Husky husband.”

Those party poopers at Time magazine, which reported the rankings, downplayed the results, noting that the survey respondents hailed from just two cities: San Francisco and New York. That apparently was little consolation to last-place Babson College in Wellesley, an alum of which did her best to spin her alma mater’s hapless finish. “I think a lot of us do struggle to date,” she told an interviewer, “because we’re so focused on our careers.”

Also among the bottom 10 were Princeton and the University of Pennsylvania, proof that an Ivy League education can’t get you everything.

There is 1 comment on BU Alumni Among Most Datable, Survey Says

BU Alumni Among Most Datable, Survey Says
1
share this