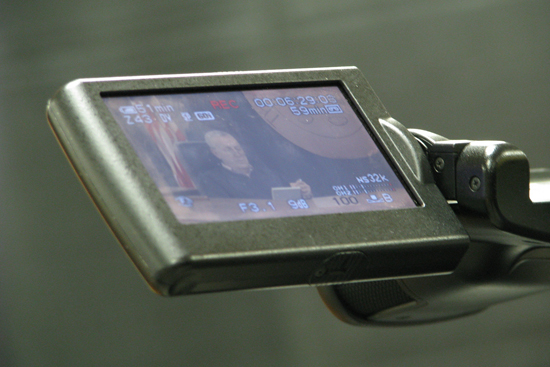 OpenCourt beams live coverage of Quincy District Court proceedings and archives the videos. The Supreme Judicial Court (SJC) decision says that a request by the Norfolk County District Attorney to ban posting of a hearing would violate the First Amendment and the Massachusetts constitution.

“We conclude that any order restricting OpenCourt’s ability to publish—by ‘streaming live’ over the Internet, publicly archiving on the Web site, or otherwise—existing audio and video recordings of courtroom proceedings represents a form of prior restraint on the freedoms of the press and speech,” the SJC decision reads.

The Norfolk DA objected to posting a hearing involving accused pimp Norman Barnes, who has pleaded not guilty to kidnapping two teenaged girls and forcing them to be prostitutes. The DA had argued that posting the hearing would revictimize one of the teenagers, whose name Barnes’ lawyer inadvertently mentioned. Beyond countering with the First Amendment, WBUR had voluntarily agreed not to publicize the victim’s name, and argued that it was too late anyway to protect her privacy: other media outlets had disseminated identifying information about her.

“We expect and anticipate that OpenCourt will continue to adhere to its policy of not publishing the name of the minor,” the SJC decision says. But it adds that it would be unconstitutional for a court to order to that effect, as there was no “adequate demonstration that this particular minor’s privacy or psychological well-being would be harmed by publication of her name, or that a prior restraint was the least restrictive reasonable method to protect those interests.”

The SJC ruling also threw out a second, separate attempt to muzzle OpenCourt. Charles Diorio, accused of assault, kidnapping, and witness intimidation, asked the SJC to block archiving of his court proceedings, arguing that the publicity could bias a potential jury against him at a future trial. In that case as well, WBUR argued that other media coverage had disseminated so much information about Diorio that curbing OpenCourt’s archive would have no effect.

The court concludes “that Diorio has not met the heavy burden of justifying an order of prior restraint with respect to the specific proceedings at issue,” the SJC writes.

“We are very pleased with the judges’ decision,” says WBUR executive editor John Davidow. “It makes quite clear now that anything that is captured by the press in an open court is protected…unless under extraordinary circumstances” in Massachusetts.

BU associate general counsel Larry Elswit, the lawyer who argued the case for WBUR before the SJC in November, lauds the court for sticking to “a well-trod path” of affording media the same communication privileges that individual citizens have. “If you were to sit in a courtroom, you could not be prevented from talking or writing about what you saw and heard,” he says. “The same is true for the press.”

The decision enables the media to inform members of the public who cannot attend court proceedings, he adds, and “implicitly acknowledges the value in assuring that information communicated in a public forum is made accessible to anyone who has an interest in public affairs.”

OpenCourt began last May as what Davidow calls the first big innovation in courtroom coverage since cameras were allowed in a generation ago. He has discussed the initiative in recent months at legal conferences in Washington, D.C., and at the College of William and Mary. The one-year grant from the John S. and James L. Knight Foundation that launched Open Court ends at the end of this month, and interest in the project nationally “adds heft and weight to the conversations we are having with the foundations we are talking to” about new money, Davidow says.