Modeled on successful efforts at the University of California, the program aims to discourage dangerous drinking. Last weekend, Boston police broke up seven loud parties, some of them hosting up to 100 people. The BU Police Department, meanwhile, transported 10 students to the hospital for acute intoxication, gave a dozen summonses to minors for drinking, and put a student who refused to go to the hospital in protective custody, a procedure where a drunken person is overseen for several hours until he sobers up. Brookline police cited one BU student for excessive noise.

The new efforts are the result of a grim statistic from the past academic year: 250 students, most of them freshmen, went to the hospital for acute intoxication. The University hopes to convey to students that “we’re not trying to keep you from having fun, but you need to keep it under control,” says David McBride, director of Student Health Services.

BU will gather other data, such as the number of officers and hours devoted to patrols, as part of the University’s participation in the Learning Collaborative on High-Risk Drinking, a 31-school partnership sharing tactics for curbing binge drinking.

“Hopefully, students will recognize that there’s going to be a higher police presence and perhaps make decisions based on that,” McBride says. By publicizing numbers, “it’s visible to students, so that before the weekend, they look and say, ‘Gosh, 50 people were cited for public intoxication or have to appear in court. Maybe I won’t go out this weekend; maybe I’ll do something on campus.’” The legal drinking age is 21 in Massachusetts. 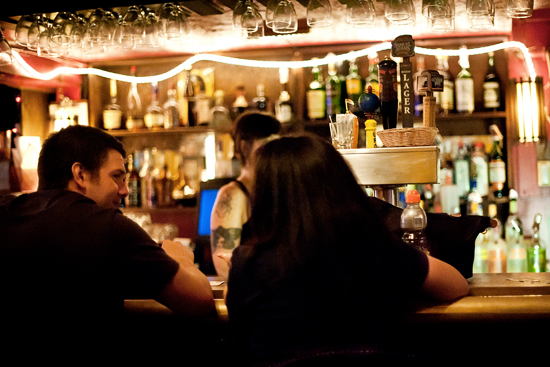 The University has used similar enforcement measures “in varying degrees” in the past, but “it’s being done in earnest this year,” McBride says. “For example, BU pays Boston police to patrol the Gardner Street–Ashford Street–Pratt Street neighborhood,” known as GAP, near the Track and Tennis Center and West Campus. “There’s going to be a marked cruiser in that neighborhood,” he says, “issuing citations, talking to people having loud parties, and gathering information about what’s going on.” The BUPD will boost its presence on the part of campus bordering GAP as well. Bike and foot patrols by Brookline police will cover areas in that town that abut campus, including St. Paul Street and the Dexter Park apartment complex, Pleasant Street, and Freeman Street. Brookline and BU police have also spent time during recent weekends in neighborhoods “talking with students about what officials’ expectations are, before the big partying happens,” says McBride.

He says that the University also is encouraging authorities to monitor bars for alcohol sales to underage patrons, especially targeting those with a history of violations.

Alcohol-related hospital transports spike during the first two months of the academic year, as academic workloads are not yet heavy and many freshmen face their first exposure to alcohol, so the University is focusing its efforts on the beginning of the semester, according to McBride.

The California effort found support in a study in 2005 and 2006 that compared seven UC campuses that tried the enforcement with seven others that didn’t. Researchers found “significant reductions in the incidence and likelihood of intoxication at off-campus parties and bars/restaurants” for the campuses using the enforcement procedures—and that the stricter the enforcement, the greater the effects. 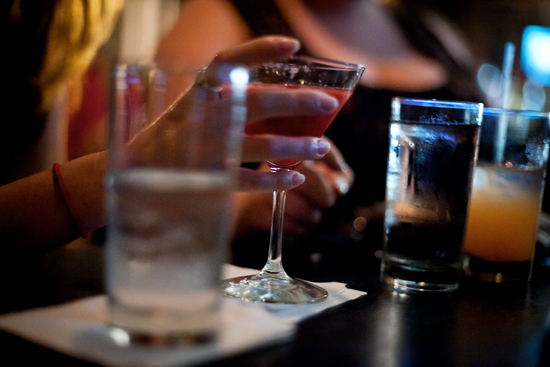 “This is all part of a comprehensive plan to address high-risk drinking on campus” that includes education efforts, highlighted by publicizing stats, McBride says. The University recently cosponsored a training session for local drink servers in recognizing and cutting off patrons who’ve drunk too much, the second such session recently. BU will shortly email to students its iHealth questionnaire, which seeks to dispel their often mistakenly inflated estimates of how much their peers drink.

Two weeks ago, Dean of Students Kenneth Elmore (SED’87) emailed students about University policies, including alcohol regulations. The Office of Judicial Affairs has a training program for students to learn how to intervene when a peer is “in trouble” from alcohol—for example, if they’re inebriated or at risk of sexual assault after having drunk too much, McBride says.

President Robert A. Brown stressed alcohol policy and safety in his Matriculation speech to freshmen and in emails to parents urging them to discuss the dangers of excessive drinking with their students before the start of the school year.

BU Today will publish highlights of the previous weekend’s enforcement statistics each Thursday.

There are 64 comments on New Crackdown on Alcohol Abuse