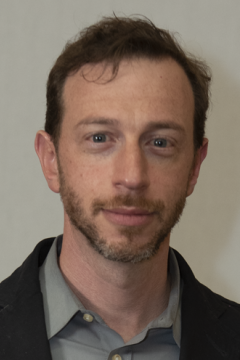 Dr. Jesse Mez is an Associate Professor of Neurology at BU School of Medicine. He directs the BU ADRC Clinical Core, is an investigator in the BU CTE Center, and co-leads the Framingham Heart Study Brain Aging Program Clinical Core. He is also an AD Genetic Consortium Investigator. He joined BU’s faculty in 2013, where he has been an integral player in the field of CTE and AD. His research seeks to understand genetic, neuropathological, epidemiological, and clinical aspects of AD, CTE, and related dementias. Ongoing research themes include investigating 1) the relationship between traumatic brain injury, exposure to repetitive head impacts from contact sports and military service and dementia-related outcomes and their interaction with genetic factors, 2) clinico-pathologic correlation in CTE with the goal to accurately diagnose CTE in life, 3) the genetic architecture, neuropathology and clinical course of AD subtypes, as defined by variation in neuropsychological presentation and 4) interaction between genetic and environmental factors and risk for and resilience from AD. He is a Principal Investigator or Core/Project Leader, on six NIH and DOD-funded grants and is an author of more than 100 research articles, reviews, editorials, and book chapters.

He received his AB from Cornell University in Mathematics, his MD from the University of Maryland School of Medicine, and his MS in Biostatistics with an emphasis on Statistical Genetics from the Columbia University Mailman School of Public Health. He completed his Neurology Residency at the Harvard Partners Program in Boston.  This was followed by a Clinical Fellowship in Aging and Dementia and a Research Fellowship in Neuroepidemiology at Columbia University College of Physicians and Surgeons.

He is the recipient of an NIH-funded K23 Career Development Award, an NIH-funded Loan Repayment Program Award, and the BU Carlos S. Kase Outstanding Contribution to Neurology Research Award and is a 2015 BU Spivack Neuroscience Scholar.