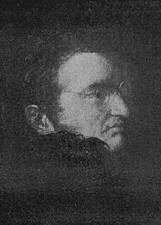 Buxton was born in Castle, Hedinghan, Essex, England, and educated at Trinity College, Dublin. The Anglican and Quaker traditions within his family both affected him, and following an evangelical conversion in 1813 he was much influenced by Josiah Pratt of the Church Missionary Society. From 1818 to 1837 he served as a member of Parliament, nominally as a Whig, in practice as an independent. He specialized in penal and prison reform, working to reduce the incidence of capital punishment, until in 1821 William Wilberforce asked him to take over leadership of the parliamentary campaign against slavery. Thereafter his immediate concern was for the emancipation of all slaves in the British dominions, eventually achieved by legislation in 1833. He was created baronet in 1840.

Buxton’s concerns extended over the whole field of “’aborigines’ rights”- that is, colonial issues and the effect of white settlement on indigenous peoples. He was president of the Aborigines Protection Society, set up for “protecting the defenseless and promoting the advancement of uncivilized tribes”; and he chaired and largely drafted the report of a parliamentary committee that highlighted colonial abuses and the unjust seizure of land and demoralization inflicted by British settlers. Witnesses called by the committee included the secretaries of the Church, London, and Wesleyan Methodist Missionary Societies. Buxton also supported John Philip in his stand against settler interest in South Africa over the status of the Cape Xhoi and the Xhosa frontier War of 1835.

After emancipation Buxton’s main preoccupation became the continuing resilience of the Atlantic slave trade and its desolation and depopulation of Africa. After losing his parliamentary seat, he concentrate

d on research, issuing a book The African Slave Trade and Its Remedy. This argued that Britain and other “Christian” nations were responsible for the systematic pillage of Africa by the slave trade, producing dependence and barbarism for Africa; that Africa’s redemption lay in calling forth its own potentially rich resources, both natural and human (the latter exemplified in the Christian communities in the Caribbean and Sierra Leone); and that Africa’s development as an equal trading partner could stifle the slave trade at its source. The interests of genuine commerce, he argued, thus intersected with those of Christianity and the human development usually called “civilization”; in his view, each made conditions favorable for the other. In 1841 Buxton persuaded the British government to underwrite an expedition up the Niger as a pilot project. J. F. Schön and Samuel Adjai Crowther participated on behalf of the missions. The project failed disastrously, with the loss of forty lives, and Buxton died distressed and discredited. His principles, however, deeply influenced British mission thinking. Henry Venn’s ideas of indigenous leadership and evangelization by native agency, and his skillful use of cotton production as an adjunct to the Yoruba mission (1864) arose directly from the impact on churches in the Caribbean of Buxton’s books, and the whole career of David Livingstone exemplified Buxton’s vision and convictions.

From the same family came Barclay Buxton and Alfred Buxton and other distinguished missionaries, as well as several representatives of his humanitarian concerns in public life.

Buxton, Thomas Fowell. The African Slave Trade and Its Remedy

Adam, William. The Law and Custom of Slavery in British India: in a series of letters to Thomas Fowell Buxton, Esq. Boston: Weeks, Jordan, & Co., 1840.

Great Britain Parliament, House of Commons. An authentic report of the debate in the House of Commons, June the 23d, 1825 on Mr. Buxton’s motion relative to the demolition of the Methodist Chapel and Mission House in Barbadoes, and the expulsion of Mr. Shrewsbury, a Wesleyan missionary, from that island. London: Printed for J. Hatchard, 1825.

Collier, Mary A. Memoir of Thomas Fowell Buxton: Embracing a Historical Sketch of Emancipation in the West Indies, and of the Niger Expedition for the Suppression of the Slave Trade. Boston, American Tract Society, 1861.

A short biography with selected and secondary works about Thomas Fowell Buxton, including links to other sources and Buxton’s picture

Portrait 1: “Head of Thomas Fowell Buxton. From the picture of the Anti-Slavery Convention.” In Mottram, R. H. Buxton the Liberator. London: Hutchinson & Co, 1946.