Geographer and missionary in Africa 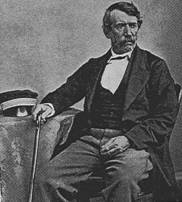 Livingstone began work in the local cotton mill at the age of ten but attended the mill school from eight until ten o’clock each evening and achieved university entrance qualifications. He attended the Andersonian Medical School in Glasgow while working in the mill for part of the year to support himself. He was accepted for service by the London Missionary Society (LMS) and in 1838 went to London for theological training while continuing his medical studies there. He returned to Glasgow only to take his medical final exams.

A speech by Robert Moffat, his future father-in-law, persuaded him that Africa was where he should serve. After his ordination in London, he sailed for Cape Town and arrived in March 1841. He served for a time under Robert Moffat among the Tswana, in whose language he was soon fluent, and in 1845 married Moffat’s daughter Mary. He was determined to bring the gospel to the free peoples beyond the white-dominated south. In 1852, after sending his family back to Scotland, he went north to Zambia and with Kololo companions walked west to Luanda on the coast of Angola. He then turned around and walked across Africa to Mozambique. On his return to Britain he was a national hero, and the sales from his Missionary Travels and Researches in South Africa (1857) guaranteed security for his family for some time.

In March 1858 Livingstone embarked upon a government-backed expedition to introduce commerce, civilization, and Christianity to the lands of Zambezi River and Lake Malawi. The expedition vastly increased geographical knowledge but was otherwise a disaster. His wife Mary’s death on the Zambezi in 1862, withdrawal from Malawi of the Universities Mission to Central Africa, and bad relations with most of his white colleagues left Livingstone’s reputation in tatters when he returned to Britain in 1864. But the Royal Geographical Society and a few loyal friends supported him and sent him back to Africa in 1866 to explore the headwaters of the Nile, Congo, and Zambezi Rivers. He did this with his loyal Kololo friends, often disappearing from European view for months and becoming more and more obsessed with the devastation the slave trade was spreading throughout the region. It was under these circumstances that he was “found” and greeted in November 1871 by H. M. Stanley of the New York Herald, “Dr. Livingstone, I presume?” He died at Chitambo’s village in Zambia, May 1, 1873. Susi, Chuma, and other African companions buried his heart at Chitambo’s village and then carried his mummified body to Dar es Salaam. It was brought back to Britain for a hero’s funeral in Westminster Abbey.

For the next 50 years a large number of writers created their own Livingstones, most shaped to justify the “Scramble for Africa.” Modern writers have not wholly shaken off these distortions, largely ignoring his bitter attacks on British policy and his defense of the right of Africans to fight for their lands. They also rarely note his constant insistence that without the help of African companions, particularly the Kololo, he could never have completed his astonishing journeys.

Livingston, David and Charles Livingstone.  Narrative of an Expedition to the Zambesi and its Tributaries.

_____. Livingstone’s Missionary Correspondence, 1841-1856. Edited with an Introduction by I. Schapera. Berkeley: University of California Press, 1961.

Waller, Horace (ed.). The Last Journals of David Livingstone in Central Africa From Eighteen Hundred and Sixty Five to His Death. Continued by a Narrative of his last Moments and Sufferings Obtained from His Faithful Servants, Chuma and Susi. New York: Harper & Brothers, 1875.

“Dr. David Livingstone forum” with links to various editions of and commentary regarding Missionary Travels and Researches in South Africa:

School of African and Oriental Studies Library (United Kingdom) miscellaneous collection, twelve boxes, of correspondence and papers (1834-1950s) of and relating to David Livingstone, composed of three sub-collections; see description of content and structure, access and use, as well as brief biographies of David and Mary Livingstone.