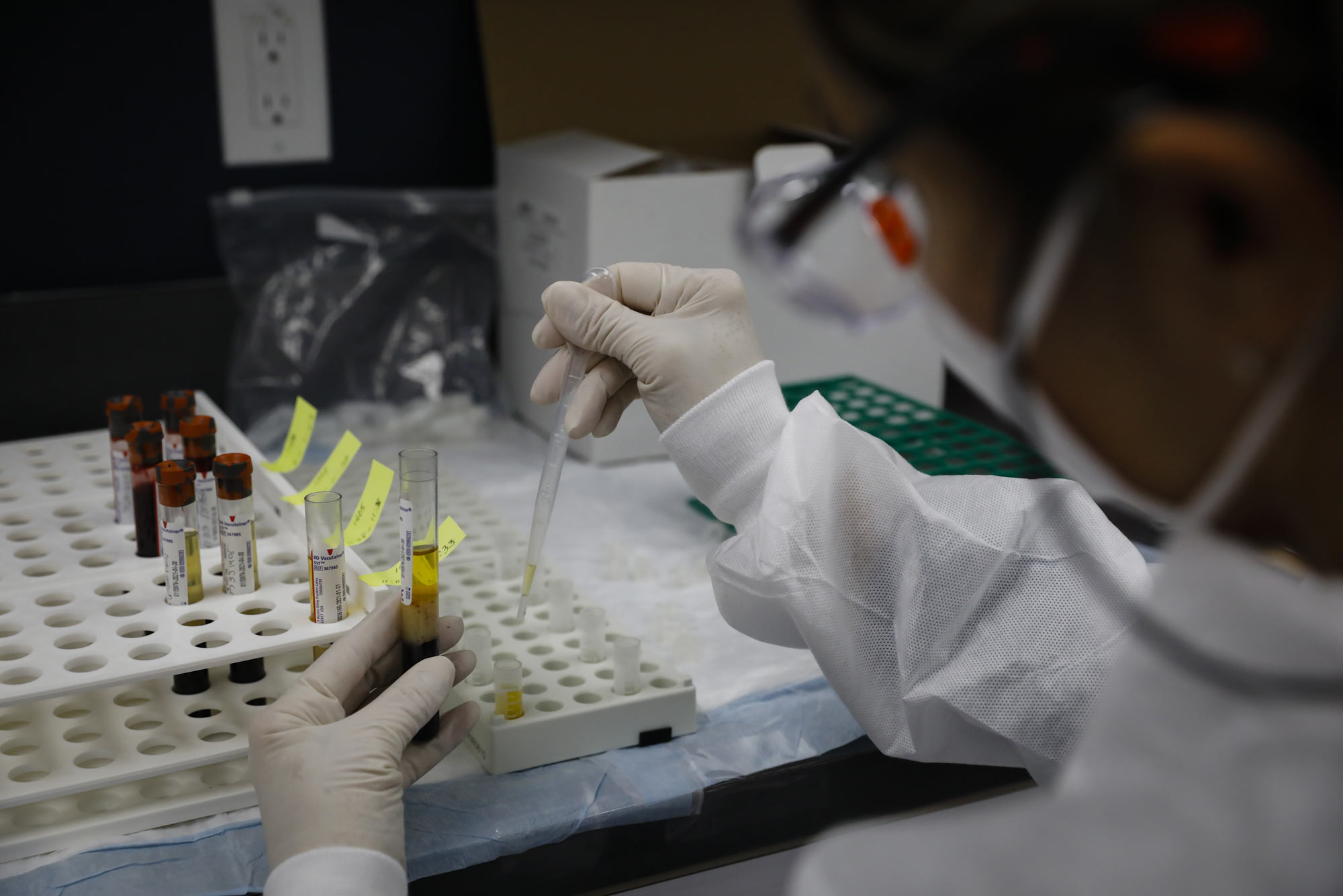 Companies racing to develop a COVID-19 vaccine face widespread hesitance to use it among Americans, especially African Americans and Republicans, polls find. Photo by Eva Marie Uzcategui/Bloomberg via Getty Images

Will Some Americans’ Vaccine Aversion Prolong the Pandemic?

Only two-thirds of Americans are willing to take any vaccine that may be developed against COVID-19—shy of the 70 to 90 percent that many experts believe is necessary to stem the pandemic. And the refusers range from Republicans to Black Americans, the latter harder hit by the virus than any other racial group.

That’s according to a survey of 19,000 people last month by Harvard, Northeastern, Northwestern, and Rutgers researchers. The lead author of this survey says that it found too many refusers to provide “herd immunity”—where so many people in a population are immune that the virus can’t spread widely. (A second survey by USA Today/Suffolk (University) found similar results.)

Some epidemiologists believe as few as 50 percent or less of Americans might be enough for herd immunity. But the estimates vary, leaving uncertain whether any spot in the world has reached immunity and can duck a second COVID-19 wave, the New York Times reports. And so far, the necessary numbers of minority volunteers are shunning the first US vaccine trial, being conducted by biotech company Moderna, based in Cambridge, Mass.

Compounded by healthcare access problems for marginalized Americans, vaccine refusal makes for a grim public health prognosis if the higher estimates for immunity are correct. “Our healthcare system has a real glass jaw,” says Yvette Cozier (SPH’94,’04), a School of Public Health associate professor of epidemiology, whose expertise includes Black women’s health. “One of the things that will contribute to controlling this virus, which is destined to be with us for a long time, is that we really need to be reshaping the message around the need for access to healthcare.”

BU Today: Are you alarmed at the rate of COVID-19 vaccine aversion? Is it potentially going to prolong the pandemic?

Cozier: Certainly, higher compliance is better. But even people who under normal circumstances would engage in vaccination may have pause, because this is the first time this one is being rolled out. And this was fast-tracked. [Vaccine refusers] may have legitimate safety concerns. I don’t want to add to undermining vaccination, but this has to be reckoned with—legitimate fears. The other part that is underestimated is the national infrastructure to roll this out. We don’t really have a fully functional, fully accessible healthcare system. I don’t know what the plan is to roll this out, so that’s going to hinder the number of people that can actually be reached.

I think we’ll get there eventually; it’s not going to be at the snap of a finger in January. We will probably get to acceptance the same way we have with the influenza vaccine, over time—and we’re talking over many years, decades, that the uptake of that vaccine regimen has increased. Having a vaccine is not the same as vaccination. If people cannot get vaccinated because of systemic things, that’s going to slow it down.

Other than safety concerns, what reasons account for vaccine refusal, particularly among two groups: pro-Trump folks and marginalized communities such as African Americans?

With anti-vaxxers, we’re often talking about some very affluent individuals. They may be a little more libertarian. I’m not as clear why some pro-Trump individuals, especially those of lower socioeconomic status, would jump on that bandwagon, other than general mistrust—not trusting anything the government has said about anything.

The other side—marginalized people of color—has not been well-served by the existing public health system. They’re last in everything, they get the least quality, health-wise, in medicine. They are excluded from the mainstream of healthcare. Now we’re saying to this group—who we also have deemed essential workers—We’re going to give you the vaccine first. Does that mean that it’s coming from an altruistic place? Is there something we’re not telling people? These are legitimate concerns. And we haven’t even talked about costs—are these vaccines free, are they going to have a co-pay?

We will probably get to acceptance the same way we have with the influenza vaccine, over time—and we’re talking over many years, decades.

These are very different concerns, from libertarian Republicans to safety issues to marginalized folks screwed by the healthcare system. Can you suggest messages to get these disparate groups to accept a vaccine?

It’s predicated upon whether we get a functional vaccine. That remains to be seen and will take a lot more time than we’re considering. Russia says they have produced a safe vaccine. OK, show us your data. They haven’t done that. There’s almost no  possible way they could know that this is safe.

Assuming we get to a proven, safe vaccine, a public health message has to be clear in the benefits and potential risks. It has to create the true narrative, how valuable health and life are, how transmissible this virus is, and how the vaccine protects not just one person, but many people around them. This message will have to be crafted in the way we’ve done with the influenza vaccine. Every year, someone says, I don’t take the influenza vaccine; I don’t think I need it. Or, I took it and I got sick. Well, believe me, you did not have influenza, or you got a mild case of influenza that did not require you to be hospitalized.

It’s not going to be a short, pithy message. It’s got to be a targeted, detailed campaign. We have to look at this not as a January 2021 issue. We have to look also at a January 2025 thing, something we have to continue to work on. The world has never created a successful [approved] coronavirus vaccine. [Other coronaviruses cause diseases, such as Middle East respiratory syndrome (MERS) and severe acute respiratory syndrome (SARS).] One of the reasons COVID-19 vaccine production has been able to be fast-tracked is because other efforts going to other coronavirus vaccines—everything that was learned and those failures—are now being harnessed towards this COVID-19 vaccine. There’s a lot of trial-and-error data that is being put to use, a lot of collaboration. That has to be conveyed to people. This isn’t just something that began in June. There might need to be a narrative of what was the process.

Will Some Americans’ Vaccine Aversion Prolong the Pandemic?

There are 3 comments on Will Some Americans’ Vaccine Aversion Prolong the Pandemic?

Will Some Americans’ Vaccine Aversion Prolong the Pandemic?
3
share this