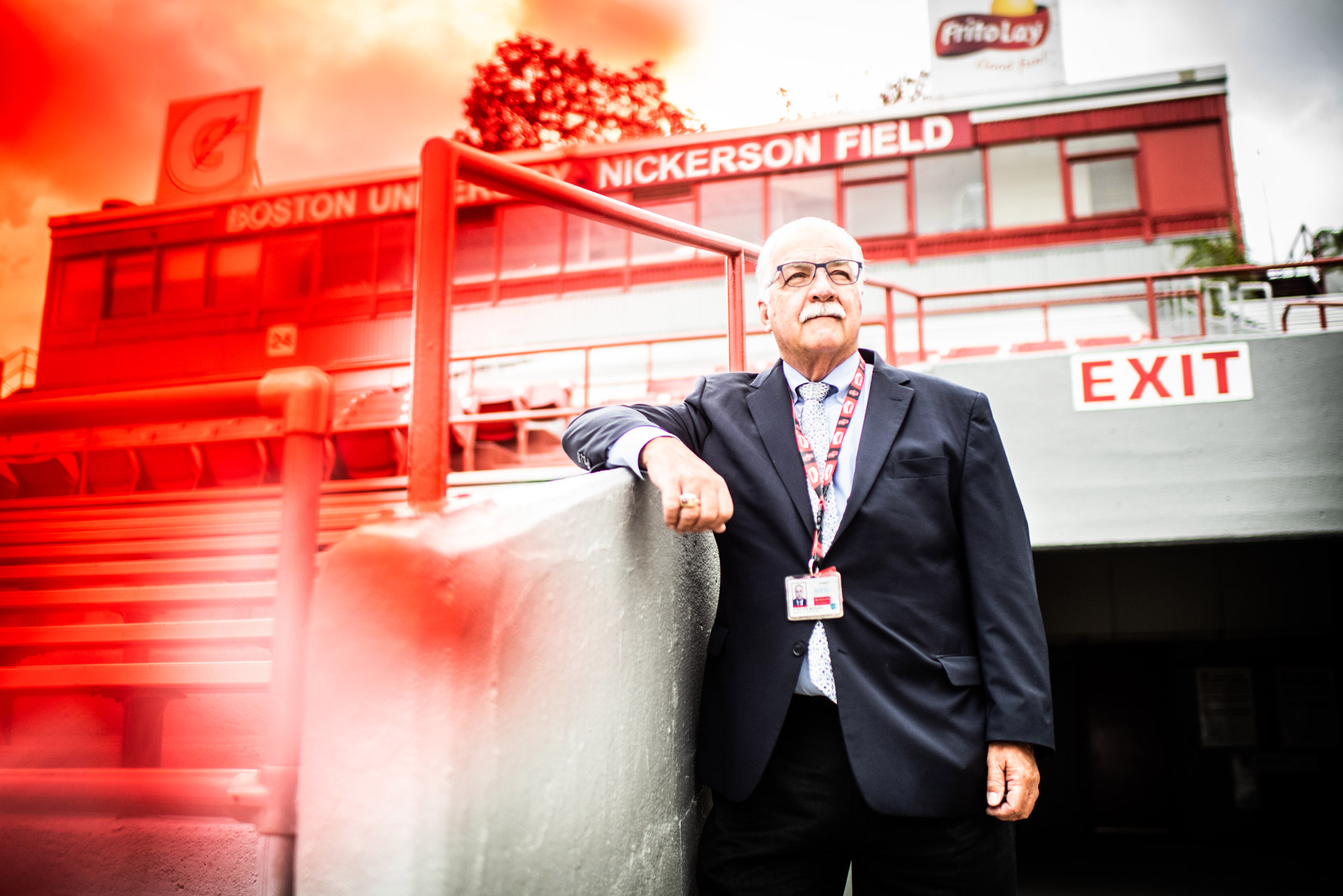 A big part of Steve Morash’s job as director of Emergency Management was to help ensure safety during University Commencements on Nickerson Field. Photo by Jackie Ricciardi

For 14 years, Steve Morash has been the man with a  plan at BU. As director of Emergency Management, he has overseen safety and security preparations for the All-University Commencement ceremonies at Nickerson Field that draw crowds of 20,000, readying the campuses ahead of major weather events, coordinating active shooter response trainings, and more.

“Emergency management is a lot like running a political campaign,” says Morash, who’s worked on a few of those in Boston. “Every piece has to work right. You’ve got to have a plan, and you’ve got to work your plan. But in a campaign, you know when election day is. In emergency management, you don’t know when election day is going to happen, but you have to be able to turn that organization on and work it.”

Morash is retiring on September 30. The blizzards of February 2015, the Boston Marathon bombings in 2013, and the 2016 “SWAT-ing” hoax at Mugar Memorial Library top the list of events he’s dealt with. But Morash is quick to deflect credit to the Facilities Management & Operations staff who clear the streets and sidewalks of snow, the Boston Medical Center teams who rushed bombing victims into surgery that tragic Marathon Monday, and the BU Police Department officers and the Massachusetts State Police trooper who were on the scene at Mugar half a minute after the first emergency call.

Or for a less dire example, plumbing department manager Bill Murray, a backyard beekeeper and the advisor to BU’s Beekeepers Club, who saved the day when a swarm of bees descended on Nickerson Field just minutes before the start of Commencement in 2012.

“There are people at the University you are going to count on in an emergency,” Morash says, but he’s been the one the University has turned to for guidance in those situations. “As the inaugural director of Emergency Management, Steve’s contribution to the University has been excellent insofar as we are well prepared to deal with major and critical emergencies, and just as important, continuity of operations after an incident,” says Michael Donovan, vice president for campus planning and operations. “What Steve does is fundamental to maintaining an effective response and protecting the health and safety of the University and everyone here.

Emergency management is a lot like running a political campaign….But in a campaign, you know when election day is.

“And,” Donovan says, “he’s done that with a brilliant logistical mind and a wonderful way of communicating to the campus community, a way that’s informative, but also reassuring in situations where things are often at their worst, and we need to be at our best.”

One of Morash’s most hectic times was undoubtedly January and February 2015, when a relentless series of blizzards brought record snowfall, crippling the Green Line and forcing the repeated cancellation of classes. He was the one who had to deliver a series of bad weather forecasts to the University provost.

Morash came to BU via a circuitous route. One of five children in a working-class East Boston family, he was a student athletic trainer at Boston State College and then professionally for hockey’s Boston Braves and the 1974 Stanley Cup contender Boston Bruins. Along the way he worked on successful campaigns for fellow East Boston native Michael LoPresti, Jr. (LAW’73), a longtime state senator, and Boston Mayor Kevin White (Hon.’74). Displaying both a knack for logistics and an early interest in computers, he found himself working for the Boston Fire Department and later the National Fire Information Council, focusing on modern prevention and fire-reporting initiatives.

He returned to the city payroll as deputy director of the Boston Emergency Management office beginning in 1996, becoming friends with Mayor Thomas Menino (Hon.’01). In that role, he helped to ensure safety at big events like the Tall Ships visit in 2000, the annual July 4 Boston Pops and fireworks extravaganza on the Esplanade, First Night festivities, and various championship parades for Boston’s professional sports teams. On September 11, 2001, he was the deputy incident commander at the Logan Airport Command Center.

“The first few days were tense and full of uncertainty,” Morash says, recalling 9/11. “Emotions ran high, as not only were many of the crew members on the United and American planes known to our Logan team members, but many of us knew passengers on those planes as well. We responded as we were trained.

“Personally, I was fine until Thursday. We had a visit from Senators Kennedy and Kerry to our Command Center. While they were speaking to us, I glanced down to look at a copy of the New York Times and saw pictures of people huddled in the open windows of the Towers and some pictures of them flying through the air. What struck me was that these were people with families who left for work that morning and would never see their loved ones again.

He joined BU in 2005, in part to help get the National Emerging Infectious Diseases Laboratories (NEIDL) up and running on the Medical Campus. “People would say, ‘Why are you working on that building?’ and I’d say, ‘It’s the safest building in the world, probably,” he says. “And I learned a lot about microbiology and pandemics and all those kinds of crazy things.

“We did a lot of things at the Medical Campus first and then rolled them out to the Charles River Campus. I think we’ve got one of the better programs in the country,” Morash says, noting the care the University has taken to adjust its active shooter trainings as thought in the field has shifted, emphasizing preparation and dialing back the emphasis on a run, hide, fight response. “We’ve been able to develop good teams here in every school and every department—our crisis action teams.”

“When I was hired here in 2017, Steve was one of the first people to come visit me and say, ‘How can I help?’” says Kelly Nee, BU chief of police, who assumed oversight of Morash’s department last January. “He’s always so incredibly supportive and helpful, just absolutely a class act.”

It’s not an emergency that Nee cites as the best example of Morash’s work, but rather the minutely planned University Commencements: “We see how much work he puts into making sure it goes smoothly, from the weather to contingency planning to safety concerns.”

“I’m still amazed every time we do Commencement at how this University can pull things together,” Morash says. “Even though it’s a year’s worth of planning, people only see a month’s worth of frenetic activity.”

Soon Morash and his wife, who retired from her nursing job in advanced fetal care at Boston Children’s Hospital a few weeks ago, will be spending more time together at a home they’ve built in South Dartmouth, Mass. “I’m going to work on getting my handicap down,” Morash says. Traveling is also on their horizon. The two plan to spend part of this autumn in Paris with their daughter and son-in-law.

There are 9 comments on Steve Morash, BU’s Director of Emergency Management, to Retire