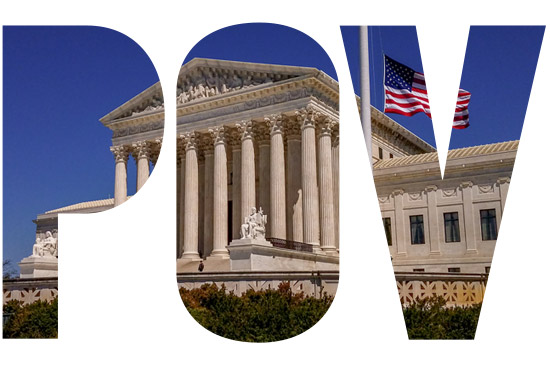 The seventh circuit also looked to Loving v. Virginia, the Supreme Court case striking down laws prohibiting interracial marriage. In Loving, the Supreme Court held that Virginia’s law banning interracial marriage violated the Constitution’s Equal Protection clause because of its denial of an individual’s right to associate with another person because of that person’s race. Similarly, the seventh circuit held that discriminating against an employee based on the sex of the person with whom the employee wants to associate constitutes sex-based discrimination in violation of Title VII.

While the United States Court of Appeals for the Second Circuit adopted the seventh circuit’s view in Zarda v. Altitude Express, in Bostock v. Clayton County Board of Commissioners, the United States Court of Appeals for the Eleventh Circuit held that Title VII does not prohibit discrimination based on sexual orientation. The eleventh circuit relied on earlier decisions holding that Title VII did not apply to discrimination based on sexual orientation, largely looking to Congressional intent at the time Title VII was adopted. Because of the conflict among the federal courts of appeals, the Supreme Court granted review of the cases from the second, sixth, and eleventh circuits, cases which squarely present the issue of Title VII’s applicability to cases of discrimination based on sexual orientation and gender identity.

All of these Supreme Court decisions have one thing in common—all were authored by now-retired Justice Anthony Kennedy. Moreover, both Windsor and Obergefell were decided by 5 to 4 decisions, with Justice Kennedy joined by the four more liberal justices—Justices Stephen Breyer, Ruth Bader Ginsburg, Elena Kagan, and Sonia Sotomayor. Justice Kennedy has been replaced by Justice Brett Kavanaugh, chosen largely because of his conservative credentials. While the current controversy surrounding the scope of Title VII involves different legal issues than the earlier Supreme Court cases involving sexual orientation, the underlying principles are intertwined. Courts that have held that Title VII protects against sexual orientation and gender identity discrimination have looked to these earlier Supreme Court cases for guidance. But what will the court do now?

Based on the conservative justices’ hostility to an expansive view of individual rights, and their dissenting opinions in cases involving the rights of LGBT citizens, a conservative majority could very well decide that Title VII does not prohibit discrimination based on sexual orientation or gender identity. After all, in 1964, when Title VII was enacted, Congress likely did not consider whether to include LGBT Americans within its protections. In fact, some historians argue that “sex” was added to the protections granted by Title VII in an effort to kill the bill. Finally, in a reversal of the position taken by the Obama administration, the Trump-led Equal Employment Opportunity Commission has taken the view that Title VII does not prohibit discrimination based on gender identity.

On the other hand, there is strong precedent for an expansive reading of Title VII. In addition to the Supreme Court’s recognition of sex stereotyping as a form of sex-based discrimination, in Oncale v. Sundowner Offshore Services, Justice Antonin Scalia, writing for the court, held that Title VII prohibits same-sex sexual harassment. Finally, a plain reading of the act strongly supports an expansive interpretation of the act. Discriminating against an individual who desires to partner with a member of her own sex would seem to directly discriminate against that individual because of her sex. If a man wants to partner with a woman, he would not be subject to discrimination, but if a woman wants to partner with a woman, she would.

Currently, 21 states, including Massachusetts, prohibit discrimination in employment based on sexual orientation and gender identity. A majority of states do not protect LGBT citizens from discrimination in employment, however. LGBT folks in those states have no protection against being discharged or demoted based on their sexual orientation or gender identity. For that reason, how the Supreme Court addresses the issue can affect millions of Americans.

Robert Volk (LAW’78), a School of Law associate professor of legal writing, can be reached at rvolk@bu.edu.

POV: SCOTUS Should Protect LGBTQ Workers. But Will It?

POV: SCOTUS Should Protect LGBTQ Workers. But Will It?
0
share this