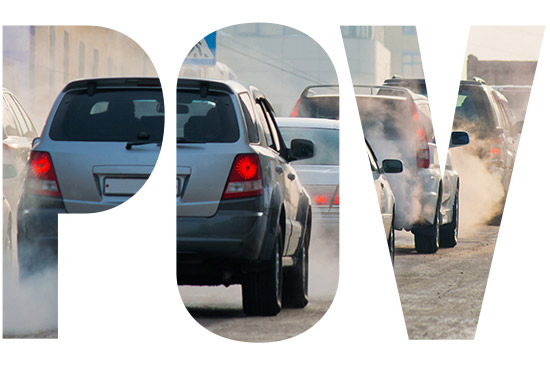 The North American International Auto Show in Detroit earlier this month offered worrisome testament to the ascendance of the gas-guzzling SUV, precisely when we most urgently need to scale down fuel use by our automotive fleet.

We’ve recently learned that transportation has eclipsed electricity production as the largest contributor to US greenhouse gas emissions. We’ve also seen the Intergovernmental Panel on Climate Change’s latest assessment, calling for “rapid and far-reaching” changes in all sectors of global society if we are to avert the worst of climate destabilization. The need for a more environmentally sustainable US transportation sector has never been more urgent. To America’s shame, our auto manufacturers and car buyers are failing this challenge.

In December 2018, pickup trucks and SUVs garnered over 60 percent of all US auto sales, and that dominance is certain to mount in the years ahead. Ford CEO Jim Hackett announced last spring that nearly 90 percent of all Ford vehicles sold in 2020 will be trucks, SUVs, and commercial vehicles. In November, GM chairman and CEO Mary Barra unveiled her company’s plans to idle five North American manufacturing sites, including three assembly plants for passenger sedans like the Chevy Cruze, Buick LaCrosse, and the plug-in hybrid Volt, which will be discontinued in 2019. Barra has boasted that GM will be rolling out a new line of 20 all-electric vehicles by 2023, but has acknowledged that these will target the global market rather than US consumers. It’s unclear if any of these zero-emissions vehicles will end up on America’s roads.

Our nation’s love affair with the SUV has roots going back to 1975, when Congress, calling for the first Corporate Average Fuel Economy (CAFE) standards, set one mileage-based standard for cars and a separate, more lenient one for SUVs, vans, and pickups—all loosely defined as “light trucks.” This wasn’t an immediate bonanza for auto manufacturers since SUVs were rare and Americans were still reeling from the recent quadrupling of oil prices caused by OPEC’s 1974 oil embargo. It did, however, set the stage for today’s wholesale abandonment of the passenger sedan.

In the early years following CAFE’s adoption, American cars became more fuel-efficient, ramping up from 18 miles per gallon (mpg) in 1978 to a mandatory fleetwide average of 27.5 mpg in 1985. Light trucks faced a much lower bar: 20.5 mpg by 1987. Then came a long period of malignant neglect under both Republican and Democratic administrations. With a prosperous economy and relatively stable oil prices, conditions were ripe for auto manufacturers to create a whole new fleet of oversized, overweight vehicles that could elude the tougher CAFE standards for cars. The SUV’s time had arrived.

It wasn’t until 2007 that Congress gave fuel economy a significant boost, bringing the combined average performance of cars and light trucks to at least 35 mpg by 2020. Then, under President Obama, harmonized standards for fuel economy and greenhouse gas emissions were adopted, setting 54.5 mpg (equivalent to 163 grams of CO2 emissions per mile) as the combined goal for 2025.

That may sound impressive, but it’s a target, not a mandate. The only binding standards maintain CAFE’s strong historical bias favoring light trucks over cars. What’s worse, cars and light trucks are now divided into multiple categories based on their physical footprint. Larger cars are held to weaker standards than smaller ones; the same is true for trucks.

No wonder our vehicles are getting bigger and bigger. This trend is likely to continue as long as federal policies and cheap fuel prices fail to reflect the full environmental costs of driving energy-wasteful, polluting vehicles.

President Trump, predictably, wants to cut even further into Obama’s already compromised fuel economy regime. His plan would cap fleetwide fuel economy at 2020 levels, or about 43 mpg for passenger cars and 31.3 mpg for light trucks. Touting greater safety as a benefit of the heftier vehicles that this rollback would encourage, the Trump administration has proposed a new name for its weakened CAFE standards: the Safer Affordable Fuel-Efficient (SAFE) Vehicles Rule. This Orwellian moniker flies in the face of insurance industry data showing that the chances of survival are better for occupants of lighter cars in the most commonly occurring crashes.

Our climate crisis and common sense call for a fundamental change in the policies that shape America’s automotive fleet. Giving “light trucks” a regulatory pass on fuel efficiency is driving the passenger car to near-extinction and has relegated our nation to the bottom ranks of fuel economy among OECD nations. The recently added footprint metric has only deepened the bias against smaller, less polluting vehicles.

We are long overdue for a unified fleetwide standard that delivers real gains in automotive fuel economy and meaningful reductions in greenhouse gas emissions. We’ve driven far too many trucks, SUVs, minivans, and oversized passenger cars through gaping loopholes in existing regulations.

Philip Warburg is a nonresident senior research fellow at BU’s Institute for Sustainable Energy. He can be reached at pwarburg@bu.edu.

There are 8 comments on POV: It’s Time to Dethrone the SUV

POV: It’s Time to Dethrone the SUV
8
share this