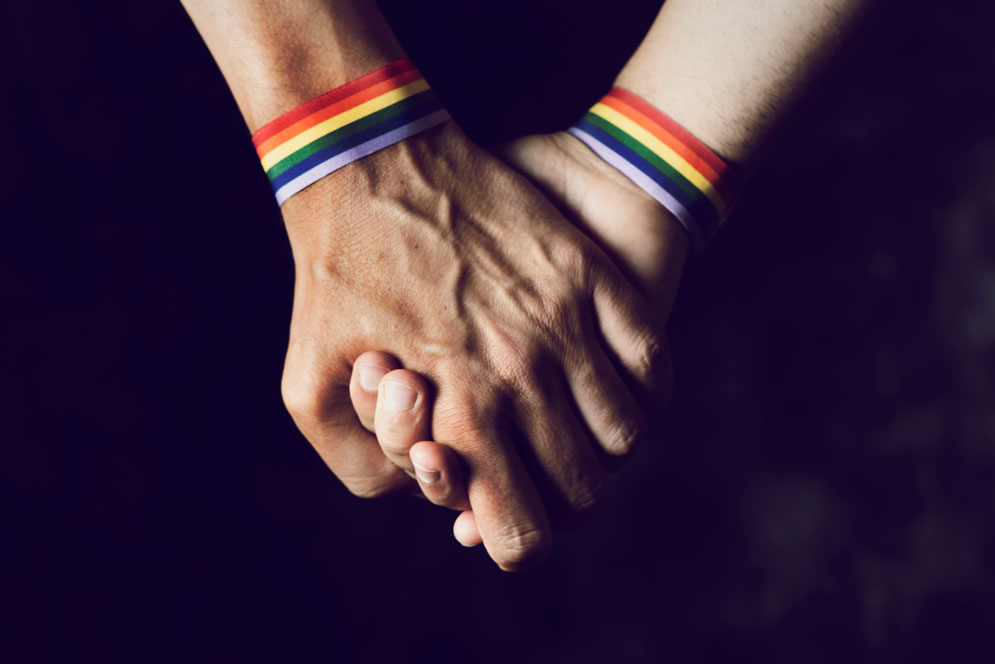 “If you are going to implement change,” says Crystal Williams, BU’s associate provost for diversity and inclusion, “the people who also need to be deeply engaged are the folks who have power in the organization.” Photo courtesy of iStock

David Coleman isn’t black. He isn’t gay. He isn’t transgender or disabled. He is a white, gray-haired infectious disease physician, a Boston University Medical School professor and chair of medicine. He is also exactly the type of person Crystal Williams, the University’s first associate provost for diversity and inclusion, is seeking more of.

Coleman, in Williams’ eyes, is an ally. That means that even though he may not identify personally with any underrepresented groups, such as African Americans or Asians or Latinos or members of the LGBTQ community, he is actively involved in working to ensure that BU is a place where all can thrive—not only with words, but with actions. Williams is determined to build a community at BU of as many allies as possible across all three campuses—holding regular lunches and providing training to help those in leadership positions.

“If you buy the argument that we should become more diverse and more welcoming for people of different backgrounds, with different political and personal views, we can’t get there unless we all actively support it,” says Coleman, who is also chairman of the Boston Medical Center department of medicine. “In our culture, despite our diversity, it also is very unwelcoming and hostile for certain groups. That won’t get fixed, in my view, unless people in power, like me as a chair, see themselves as a leader in changing that dynamic.”

Working with Human Resources, Williams cosponsors a group she calls the Inclusive Practitioners Cohort. They meet roughly every week for nine weeks with the aim of developing the necessary skills for people to become leaders in promoting greater diversity within their teams. “The hope is to begin to provide people with additional tools and information that they can take back into their units and areas of oversight,” she says.

Williams says that if one team of 40 people also has 6 people who are allies, “I know that’s one team that will get transformed.”

The term “ally” is not new. But only in the last few years have people started to realize how important allies are in efforts to boost diversity and inclusion efforts in the workplace. In fact, some feel the word “ally” is too weak and does not emphasize taking action, which is why other words, including “accomplices” and “compatriots,” have been gaining momentum.

“If you are going to implement change,” Williams says, “the people who also need to be deeply engaged are the folks who have power in the organization.”

A big challenge is convincing people to overcome worries that they won’t know what to say as an ally, and that one misstep could be misinterpreted and land them in trouble. “What I hear from allies is, ‘I don’t know how to do it,’ and they fear that if they do the wrong thing, they will get lambasted,” she says. “People who are vocal allies have worked through that.”

That’s been a very real concern for Carrie Preston, Arvind and Chandan Nandlal Kilachand Professor and director of the Kilachand Honors College, a fierce ally working with Williams. But it hasn’t held her back.

“I think the worry on a certain level is crucial,” Preston says. “We do need to be concerned we will say the wrong thing and cause harm unintentionally. Then be brave enough to wade into the work that needs to be done. And apologize if we said the wrong thing, even if it’s unintentional. I think the worry is helpful. As long as it doesn’t prevent people from doing the work.”

She agrees that more allies are critical for moving forward, because it’s unfair that people of color or underrepresented minorities are supposed to somehow be the only ones to teach the lessons of life. “First we are going to cause you harm, then we ask you to come teach us and comfort us?” Preston asks. “That’s not fair. People in positions of privilege have to be active in the teaching.”

In a March article in the publication Diverse: Issues in Higher Education titled “Moving from Ally to Accomplice: How Far Are You Willing to Go to Disrupt Racism in the Workplace?” authors Kimberly Harden and Tai Harden-Moore write: “In terms of diversity, equity, and inclusion, ally is an empty buzzword. It takes more than support to make a difference. White people claim to support the principles of diversity, equity, and inclusion; few, however, are courageous enough to put their own jobs on the line by speaking out against prejudice and discrimination in the workplace.”

The #MeToo movement has shone a spotlight on the importance of allies and accomplices, as more people argue that the biggest group who can change how women are treated and respected are not other women—but rather men in powerful positions, the male allies of #MeToo. “Women have been driving it,” Williams says, “but male allies will be key to the movement, to really creating systemic change.”

At BU, much of the change started with the work of Jean Morrison, University provost, who handed off the baton to Williams and has remained active and supportive of her efforts and those of the Inclusive Practitioners Cohort.

“BU succeeds when we provide a setting where people of all backgrounds and cultures can find a home and thrive as members of a welcoming and vibrant academic community,” Morrison says. “We have been thrilled by the work that Crystal has done so far to raise awareness, to spark important—often challenging—conversations, and to help build the alliances essential to push meaningful change. There are many miles of road ahead for us, to be sure, but we are heading in a positive direction and will be excited to report on our progress in the months and years to come.”

Having that support was critical for Williams, who realized very soon after starting at BU in 2017 that to bring about serious change for underrepresented groups at an institution the size and scale of Boston University, with more than 30,000 students and 10,000 employees, she would need all the help she could get.

“More attention is being given to allies—not just the people who are brown or LGBTQ or living with disabilities, and it’s particularly important that the allies are known and acknowledged,” Williams says. “Allies are people who are committed to creating more equitable and inclusive environments, but who may not be the key recipients or foci of that work.”

She says, for example, that there is a large group of faculty in STEM programs at BU who are white, “but they are committed to helping to diversify their departments. They are allies in that work.” There are cisgender men who are allies of the LGBTQ community, she says, and want the environment to be more inclusive of that community.

Preston, who is also a College of Arts & Sciences professor of English and of women’s, gender, and sexuality studies, says she sees progress being made at BU—slowly. “We are moving in the right direction, cautiously. But we have a long way to go.”

The underrepresented groups “are hoping we support them,” Coleman says. “But we’ve got to demonstrate it, to act it out. The actions are immensely more powerful than the words.”

There is 1 comment on The Key to BU’s Diversity Efforts? Powerful Allies

The Key to BU’s Diversity Efforts? Powerful Allies
1
share this