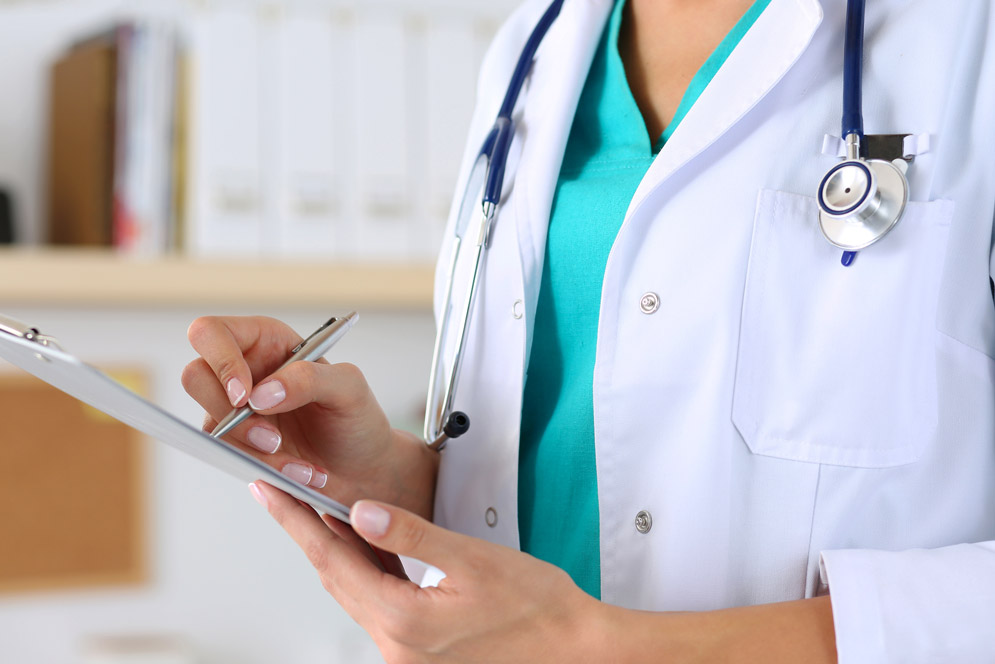 MED Dean Karen Antman writes in a JAMA commentary that reports of sexual harassment of medical students have remained stable since 2013, but that the time is right for that to change. Photo credit: istock/megaflopp

One in three medical school students surveyed by the Association of American Medical Colleges (AAMC) last year reported they had experienced sexist or racist comments, lower grades, or denial of training or awards based on sex, race, or ethnicity.

In a Journal of the American Medical Association commentary, Karen Antman, dean of the School of Medicine and provost of the Medical Campus, writes that reports of sexual harassment have remained stable since 2013, but that the time is right for that to change.

“Women certainly had previously reported sexual harassment, but even after multiple complaints, often nothing of consequence happened to the perpetrator,” Antman writes. After the recent public downfall of men like film producer Harvey Weinstein and sports physician Larry Nassar, who was convicted of abusing hundreds of athletes, “the consequences of sexual harassment changed almost overnight” and “leaders in medicine and science need to take advantage of the momentum” and build on the #MeToo movement.

“#MeToo and the national discussion of sexual harassment has increased awareness and, at least for now, has resulted in increased willingness to hold offenders (and enablers) accountable,” Antman writes. “Decreasing the incidence of sexual harassment (and harassment and discrimination behaviors in general) will improve the learning and working environment of US medical schools.”

Antman, who has recently been chair of the AAMC Council of Deans, was invited by JAMA to write the essay about the survey results, and BU Today spoke with her about the piece. She says that the council held sessions with medical school deans on eradicating harassment, “so it was something I cared about and had thought about.”

More than 14,000 graduating medical school students from universities around the country responded to the AAMC survey.

While deans at medical schools across the United States have reported efforts to enhance training and educational programs to increase awareness of sexism, racism, and gender identity discrimination, Antman notes in the JAMA piece, other efforts are under way as well. Some institutions are pursuing sexual harassment investigations to completion instead of terminating such probes when an accused faculty member resigns before its conclusion. Some are also rethinking the practice of entering into confidentiality agreements with faculty found to have violated sexual misconduct policies in return for their voluntary departure.

On the federal level, she writes, new efforts by the National Science Foundation (NSF) include a reporting requirement for scientists receiving NSF grants who have been found guilty of sexual harassment. And new federally sponsored research is looking into the ways harassment affects recruitment, retention, and advancement of women.

Antman says medical school deans will often meet with accused faculty members, who are frequently unaware that their comments or behaviors are offensive, with the goal of improving the learning and working environment at US medical schools by taking a zero-tolerance approach.

BU, she adds, is committed to creating a level playing field for its students, faculty, and staff.

“Medical schools must equip learners, faculty, and staff to prevent or escape abuse, not only to protect themselves but also to intervene if they observe a colleague being targeted, particularly at professional meetings,” Antman writes. “Professional societies who sponsor meetings should consider ways to protect women who attend.” Accounts of such problems have been widely published, she writes, without specifying where.

She says she has observed unwanted behavior at meetings. “Most of the time it’s possible to just walk away. The problem is if the harasser is powerful in your field.”

The incidents of harassment reported in the AAMC survey, according to Antman, consisted of all harassment experienced by medical school students, and that includes sexist or racist remarks made by other students and patients as well. “Hospitals are a microcosm of US society. I’ve had patients who clearly said they didn’t want a woman doctor. And my African American colleagues tell me that they have similar comments based on race,” she says, and some of them have been mistaken for food service staff and asked to remove meal trays.

“With harassment educational programs, reporting sometimes went up, most likely because of increased awareness and decreased fear of reprisal,” Antman says. “It’s important to talk about these episodes when they happen.”

Medical Schools Need to Build on #MeToo Movement
0
share this