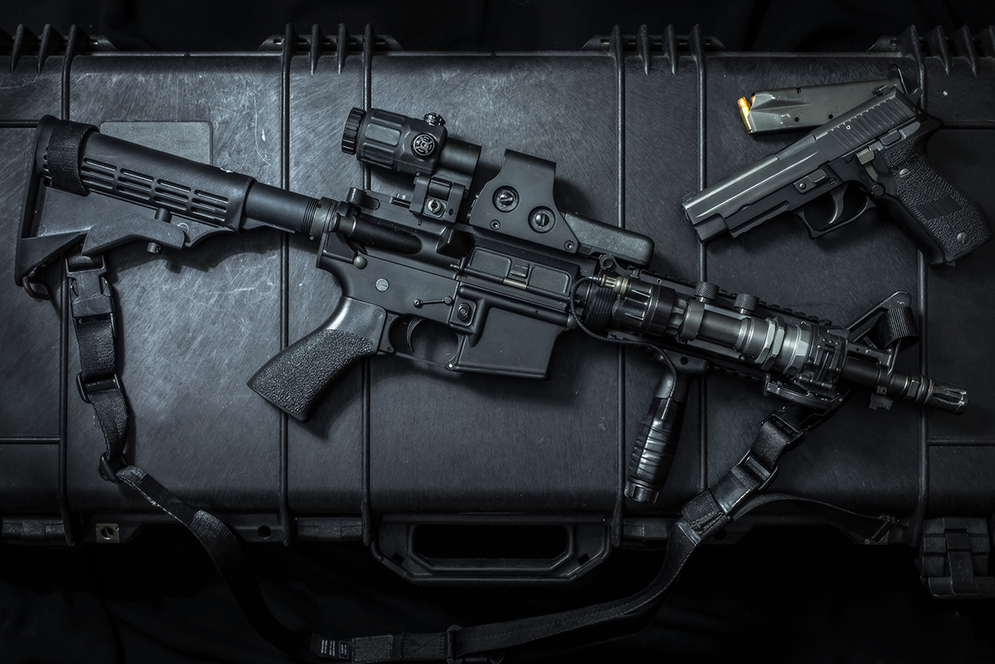 On January 19, researchers from BU’s School of Public Health and other leading medical and public health schools issued a five-point “agenda for action” on gun safety. Photo by singha103/iStock

In an unprecedented move, public health leaders from Boston University and other top schools around the country have urged a call to action on gun safety, saying the election of Donald Trump had “changed the national conversation on firearms” and made federal policy changes unlikely.

Writing in the American Journal of Public Health last Thursday—just hours before Trump’s inauguration—researchers from nine leading medical and public health schools, speaking for a larger group of academics and advocates from across the country who convened at the BU School of Public Health November 14, 2016, to discuss gun violence, presented an “agenda for action” that seeks to engage gun owners and manufacturers in discussions about reducing the public health ills associated with firearm ownership, rather than continuing what they call a polarizing debate.

Citing the country’s “significant gun culture,” the authors write, “In the United States, nearly 10 times more guns are in civilian hands than in the next closest country, with up to 300 million guns in circulation….This situation suggests that there will be no easy solutions that will garner widespread popular support, and that any comprehensive approach to the problem will require the engagement of partners across many sectors.”

The researchers’ five-point plan includes calling on private foundations and the business community to fund and support research to mitigate gun violence as a step to turn the tide on a crisis that they say costs the United States an estimated $229 billion annually.

The experts note that Congressional action in 1996 effectively ended federal funding for gun research, stymying “a generation of researchers in the field.”

The paper grew out of the November meeting, convened by Sandro Galea, dean of SPH and Robert A. Knox Professor, that brought together 82 representatives from 42 schools of public health and medicine and 17 advocacy organizations across the country. The meeting featured presentations by prominent researchers, including Daniel Webster of Johns Hopkins Bloomberg School of Public Health and David Hemenway of the Harvard T. H. Chan School of Public Health, as well as Massachusetts Attorney General Maura Healey.

The paper’s authors also call for:

Galea, the paper’s senior author, says public health leaders have a responsibility to speak with a “clarity of voice” about an issue that claims more than 30,000 lives a year in the United States, and that he hopes academia can be a catalyst for action.

Others who attended the November meeting say academic health researchers need to take an active role in establishing gun violence as a public health priority.

“In the 21st century alone, more than one million people have survived a gunshot injury and are living compromised lives resulting in disability and various debilitating diseases,” says Bindu Kalesan, a School of Medicine assistant professor of medicine and an SPH assistant professor of community health sciences. “The urgency of action in academic and political circles should focus not only on gun deaths, but on gun violence survivorship, which has a long-term burden on individuals, families, and society.”

“Gun control is a critically important issue for domestic violence prevention. Abused women are five times more likely to be killed by their abuser if the abuser owns a firearm, and there are legal and procedural loopholes that mean scores of abusers are able to obtain or keep firearms, even after they have come to the attention of the criminal justice system,” she says. “Advocating for changes that will keep victims of domestic violence safe from firearm violence is a public health priority.”