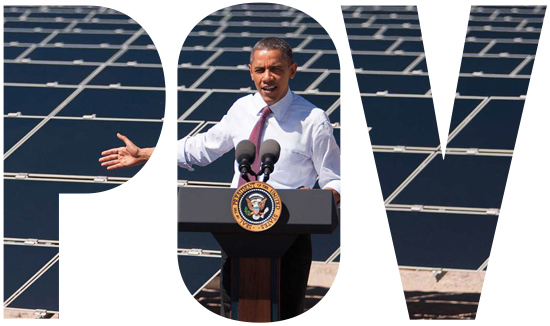 With last December’s landmark climate accord at the United Nations’ Paris conference, the Obama administration gained the mandate to begin implementing its Clean Power Plan (CPP). The CPP requires a 32 percent reduction of total US carbon dioxide emissions by 2030. But in February, the Supreme Court made an unusual move to delay implementation of the plan while 27 states challenge the Environmental Protection Agency’s (EPA) authority to regulate carbon dioxide.

The void left by Justice Scalia’s passing just days after the decision to delay has created a fair amount of uncertainty on how the Court will rule on the CPP once it inevitably makes its way onto the docket. With many states moving forward with their own climate change planning, now is a crucial time to shift our focus to the actions of state regulators in tackling carbon emission reductions.

That’s not a bad thing. The Clean Power Plan is not a sweeping framework that will single-handedly avert the climate crisis; it represents the first round of federal climate regulation and had to necessarily pull some punches in order to be palatable enough to pass muster in red states. Luckily, many states, including Massachusetts, already have climate targets that far outpace the timeline envisioned in the CPP. (It was the states that forced the EPA, in the Massachusetts v. EPA Supreme Court case, to regulate carbon dioxide as a pollutant in the first place.) States have become the national laboratory on climate policy.

For example, the cap-and-trade approach, under which businesses trade government permits to pollute under an ever-tightening emissions cap, has been vetted over the last seven years through the Regional Greenhouse Gas Initiative (RGGI), a coalition of nine Northeastern and Mid-Atlantic states that formed the nation’s first cap-and-trade program. The success of the program in pushing down regional greenhouse gas emissions has been mixed, but proceeds from emissions auctions, totaling over $2 billion, have been allocated to fund further policy measures like energy efficiency programs.

Relying on states to handle climate change has its limitations. While Massachusetts has been a national leader in clean energy policy, we’ve lost critical momentum by letting solar incentive programs run their course without a clear plan for the future. That energy sector, which grew 50-fold from 2010 to 2015 and supports 100,000 jobs in this state alone, is now at a standstill. That has allowed the use of natural gas as a fuel source to distract policy makers, wasting time on projects like the recently abandoned Kinder Morgan natural gas pipeline that aren’t even necessary.

The way forward will necessitate bolder action than the EPA has called for in the Clean Power Plan, as states like Massachusetts assume greater responsibility for their energy future. For example, state carbon taxes, similar to a program in British Columbia, are the most effective tool for reducing carbon emissions while supporting job growth and limiting government. A carbon tax, like that proposed by Massachusetts State Senator Michael Barrett, places a small fee on carbon-based fuels that would increase annually and be rebated to households.

Ultimately, action in our legislature and state agencies doesn’t occur in a vacuum. The absence of a clear, supportive voice from informed citizens makes it difficult for state regulators and policy makers to implement the sweeping, comprehensive changes necessary for a green energy economy. We’ve seen that real climate leadership in this country has come from the state and municipal levels, arenas upon which we all arguably have a greater impact when making our voices heard. With millennial voters poised to become America’s largest generational voting bloc, we have the potential to guide our own energy future.

Ryan Peters (ENG’17), student organizer for the Massachusetts Power Dialog, can be reached at rwpeters@bu.edu.

POV: Beyond the Clean Power Plan

There is 1 comment on POV: Beyond the Clean Power Plan