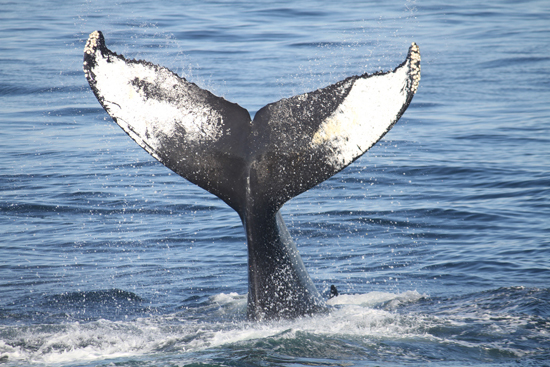 You can read Moby Dick this summer or see a real whale up close. Photo courtesy of Flickr contributor Isaac Kohane

It wouldn’t be a New England summer without some cetacean recreation.

Whale watches—three to four hours of gazing at the maritime mammoths—depart Boston Harbor daily, courtesy of Boston Harbor Cruises in partnership with the New England Aquarium. Whether hovering near humpbacks, marveling at minkes, or being flabbergasted by finbacks, passengers on the comfortable catamarans get face time with nature and information on the whales from the aquarium’s experts.

With a resurgence in humpbacks’ food supply of small fish recently, this could be prime viewing season. You won’t go hungry, either; food and drink are sold on the excursions, which leave from Central Wharf, next to the aquarium. Find schedules and rates here.

By public transit to the New England Aquarium and Central Wharf, take an MBTA Green Line trolley to Government Center, then a Blue Line train outbound to the Aquarium stop.

Whale Away the Time