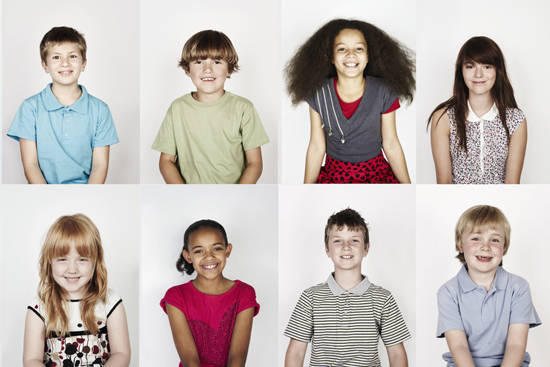 Eleven percent of American children have been diagnosed with attention deficit/hyperactivity disorder, a sharp increase over the last decade. Photo by Brand New Images

More than one in 10 American children have been diagnosed with attention deficit/hyperactivity disorder (ADHD), according to a New York Times analysis of new data from the Centers for Disease Control and Prevention (CDC)—an estimated 6.4 million kids, or 11 percent, up from 7.8 percent a decade ago. The figure soars to 19 percent among high school–age boys, more than half of whom have been prescribed medication for the condition.

These numbers are adding fuel to an ongoing controversy over the diagnosis and treatment of ADHD. “There are two forces that drove this recent CDC data,” says Marilyn Augustyn, a professor of pediatrics and director of the Division of Developmental & Behavioral Pediatrics at Boston Medical Center. “Some of these kids have ADHD we didn’t recognize. And a lot of people are prescribing medication not specifically for ADHD but for cognitive neural enhancement for kids who could do better in school if they could pay attention better.”

Left untreated, ADHD can cause hyperactivity, impulsivity, an inability to concentrate on schoolwork and other tasks, difficulties in forming healthy relationships, and self-esteem problems. But the stimulants widely used to treat ADHD can be harmful to those who don’t have the disorder. In addition to side effects like blood pressure elevation and appetite suppression, which can affect growth and weight gain, there is the potential for abuse and for “medications to be diverted to those for whom they weren’t intended,” says Augustyn.

Currently, diagnosing ADHD in children involves both a medical examination and extensive interviewing of not only the patient, but also parents and teachers, a process that is often not possible within the 15-minute appointment model of general medicine. The precipitous rise in diagnoses and the attendant risks to children’s health have lent urgency to the search for an objective measure for identifying the disorder.

“What people want is a biomarker for ADHD: a blood test or a biopsy, rather than a series of interviews,” says Jason Bohland (GRS’07), a Sargent College assistant professor of health sciences.

In his Quantitative Neuroscience Laboratory, Bohland and his colleagues are moving beyond the understanding of disorders of brain and behavior as collections of symptoms to seek their underlying mechanisms. His research uses computers to analyze large amounts of data gathered from brain imaging, genetic profiling, and other sources to better understand the connections among gene expression, neural pathways, brain anatomy, and behavior.

In 2012, as part of a competition sponsored by the ADHD-200 Consortium, Bohland developed computational models that could use data from magnetic resonance imaging (MRI) of patients’ brains to match the diagnoses made by physicians based on in-person examinations and interviews.

The consortium provided a data set from 776 children and young adults, with and without ADHD, that included basic information about each patient (e.g., gender, handedness, IQ), as well as two forms of imaging data: functional MRI data measuring activity across the brain while subjects relaxed in the scanner, and structural MRI data providing an image of each subject’s brain anatomy. Bohland’s team analyzed more than 12,000 variables for each patient, looking for commonalities among the ADHD patients that distinguished them from non-ADHD patients. The team published its results in the journal Frontiers in Systems Neuroscience.

On the question of whether computers can diagnose ADHD as well as doctors, the answer is “not yet.” Indeed, the competition’s results overall were disheartening to many; the most successful entry used no imaging data at all in creating its model.

Yet Bohland’s team, which finished fifth in the competition, did find that a machine-learning algorithm incorporating all 12,000-plus variables from the imaging data was able to predict the presence or absence of ADHD with an accuracy far better than chance. “There absolutely is power in the imaging approach,” he says.

Bohland believes that his technological approach has promise, even in the near term. “This is really one of the first-of-its-kind efforts to systematically compile these data and let people have at it, and I really applaud the ADHD-200 Consortium for doing this,” Bohland says. “It will undoubtedly provide us with more information about these disorders: whenever people have a hypothesis, they will have a data set to look at. That’s critically important and has been missing from neuroscience for a long time.”

A deeper understanding of the relationships of genetics, anatomy, brain networks, and behavior in ADHD could lead to valuable clinical applications. For example, it might aid physicians in distinguishing ADHD from illnesses with similar symptomology, such as pediatric bipolar disorder. Or, the data could be used to identify subsets of ADHD, which could be used by doctors to predict a prognosis or to plan an optimal individualized course of treatment for each patient.

Bohland has referred to his work in computational neuroscience as a “hypothesis generator” that both illuminates how the human brain functions and inspires new directions of research, and this latest project is no exception. “The question is, do you accept the results of the competition or do you build on that and say, ‘Well, let’s start with those features and see if we can do better’?”

Can You Tell Which Child Has ADHD?

There is 1 comment on Can You Tell Which Child Has ADHD?

Can You Tell Which Child Has ADHD?
1
share this