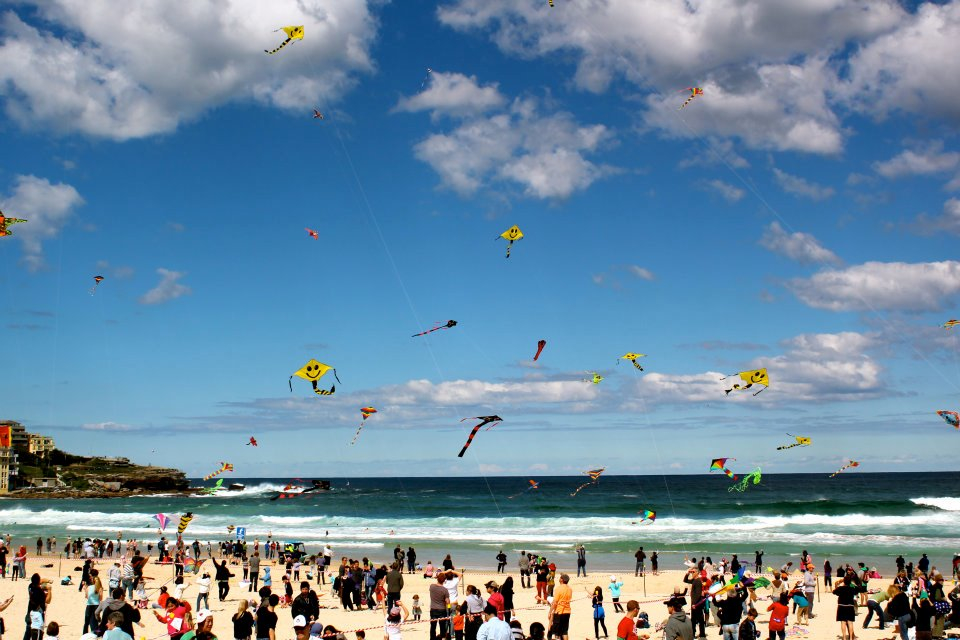 Sydney hosts an array of festivals and events year round. Here are just some of the annual events that have become staples in Sydney’s culture.

This month-long celebration takes advantage of the warm summer weather and hosts outdoor and indoor events, many of which are free.

The daylong celebration begins with a ferrython on the harbour and and also includes a tall ship race, ceremonies, parades and a fireworks display over Darling Harbour.

Chinatown is the focal point for Chinese New Year celebrations. The Chinese community invites the general public to join them in ushering in the New Year.

The Mardi Gras parade, the capstone of the month-long Mardi Gras festival, is the celebration of the Sydney gay and lesbian community and their gift to the people of Sydney.  For the best viewing, grab a milk crate to stand on and head down to Oxford Street early in the afternoon to reserve your spot.

The Sydney Film Festival screens hundreds of international films over a two-week period. Tickets are available for single shows or in bulk and most screenings are shown in the city.

In this two-week long event from the end of May to beginning of June, the city of Sydney is transformed into a spectacular display of light, music and ideas. There are a plethora of events from live musical performances at the Opera House to impressive light installations city-wide to public talks and idea exchanges from some of the world’s most brilliant minds.

For professionals and amateurs runners alike, the 8.5-mile City-to-Surf Road Race starts in the city and winds its way to the finish line at Bondi Beach.

Festival of the Winds

Hundreds of colourful and creative kites take to the sky in early September in celebration of Australia’s largest and longest-lasting kite flying tradition. Kite makers and spectators from around the world flock to Bondi Beach to marvel at this high-flying event.

The Festival features a mix of contemporary and traditional works. It attracts thousands of jazz worshipers who flock to Manly for a week of music.

Good Food Month is a celebration of Sydney’s culinary delights. Restaurants participate in discounted nights and tastings while food stalls pop up all over the city. Don’t miss the night noodle markets in Hyde Park!

Sculpture by the Sea

Sculpture by the Sea is a major public art exhibition along the Bronte to Bondi Cliff Walk held over three weekends in spring. There are over 100 unique sculptures every year each complimented by the stunning coastal landscape and ocean views.

The Melbourne Cup, the premier horse race in Australia, is held the first Tuesday in November and brings the country to a standstill. While serious betters and “princesses” pack the Flemington Racecourse, the rest of the country packs into local pubs to catch the race on TV (and drink). Australia comes to a halt for a 3-minute race and rarely returns to work.

The Newtown Festival, one of the premier community festivals, features food, bric-a- brac, and music performances. It’s one of the largest neighbourhood festivals in Sydney.

Carols on the Domain

Disney characters and the Wiggles abound at this Christmas outdoor spectacular. Grab your Santa hat and join the revelers on the Domain as they belt out some of the season’s favorite tunes.

Circular Quay is the belle of the ball on New Years Eve with crowds lining up as early as 11 a.m. for a prime seat. North Sydney and Kirribilli are jam packed with crowds and anywhere with a harbour view books out months in advance. The fireworks show is worth all the hoopla and New Years Eve rejoices in the beauty of the harbour.

This free, one-night outdoor festival celebrates the best in short film. Tropfest is held in Centennial Park and attracts thousands of devoted film fans. Tropfest is frequented by actors, directors, and writers eager to discuss their work.