Click ‘More’ to drop down a full bio with more information

Internationally hailed as one of Bali’s most forward thinking music and dance ensembles, Gamelan Çudamani (Bali) is known for their exceptional creativity and superb artistry and also their unflagging love for the classical treasures of Balinese tradition.

Nurtured and trained in the village of Pengosekan, the group is among Bali’s most respected and accomplished. One of their many singular features is that many of their artists are multi-disciplinary, mastering gamelan, dance, voice, and visual art resulting in artistically unified presentations.

This 18 member ensemble weaves layers of intricate sound: the punctuation of deep great bronze gongs; charismatic leadership from the drums; stunning interlocking percussion from the bronze gangsa; and finely elaborated delicacy of voice and flute. The ensemble touches the soul with a program that spans the spectrum of human emotion, from sublime to fearless, from reverent to unapologetically playful. Çudamani intrigues the mind and heart and a radiant flash of their eyes invites you into the transcendent experience of Balinese gamelan and dance.

“Cudamani quietly rebels against the formats that traditionally shape folkloric performances …there is no doubt that the performance brought us closer to the essence of a culture than most touring or touristic performances ever can, making us question and perhaps reject the ways that non-Western or pre-Western traditions are commonly presented on our stages.” — Los Angeles Times

“I realized that it (Odalan Bali) had gently gotten under my skin in haunting ways and that I was experiencing something much deeper than entertainment or cross-cultural exchange.” — Dance View Times

Additionally, Saraswathi focuses on community outreach programs working with schools, colleges, schools in areas with restricted access to art, and special needs children through her not for profit school Ensemble of Ragas.

Saraswathi founded world music band “Surabhi” – a melting pot of music. As part of this initiative, Saraswathi has been composing, producing and presenting, Raga-based cross-cultural music with flamenco, Blues, Senegalese, Turkish, jazz and Andean music. Saraswathi’s goal is to bring a slice of the world to her audience for cultural education, joyful moments, and celebration of her mission “one stage. one music. one community”.

Saraswathi believes, the more aware the audience is of diverse cultures, the less fear there is and consequently, less and less hate with the hope that we could live as one global family. She took this message of cultural unity in her recently concluded global peace tour to Vietnam, Spain, Portugal and Senegal.

Founded in 2012 after Rodriguez’s musical project, Fuga! disbanded, Frontera Bugalú was a departure, not only for Rodriguez and Osvaldo, but for El Paso’s music scene itself.

Frontera Bugalú was created to pay homage to the hybrid form of music that could only have been created along the long border that stretches from Brownsville to El Paso.

Frontera Bugalú’s mix of high-energy cumbia — a favorite among such vintage Texas artists like Fito Olivares and Rigo Tovar — has garnered them a loyal following in Texas, New Mexico and the rest of the Southwest. The group has opened for the likes of Calle 13, Santa Cecilia, Celso Pina, Los Lobos and many others.

Selected Press
“The record is a brilliant blend of the band’s signature cumbia, son, salsa, and mambo sound. Each of the 10 songs is evidence of the experience and versatility of the musicians.” – Fusion Magazine (2016)

“An electrifying blend of cumbia and traditional Mexican folk music, Frontera Bugalú succeeds in being both extremely catchy and a prime demonstration of musical Latin fusion.”

47SOUL (Palestine/UK) have become renowned for inventing their own genre Shamstep (also the name of their debut EP), which fuses dubby synthie sounds with rock elements, hip-hop and pop lyrics in English and Arabic.

The high-energy electronic creation, featuring Arab roots music (Dabke) have been kicked up a gear on Balfron Promise, with cinematic soundscapes and menacing rock undertones creating an extra atmospheric edge.

The quartet have cultivated a fast-growing following from gigs around the world, including Glastonbury, Womad, Boomtown Fair, Bestival, Roskilde Festival, Esperanzah, Paleo Festival, MaMa, Womex, Reeperbahn, Visa for Music, The Great Escape, c/o Pop. Their distinctive hooks and powerful political lyrics resonate with their fans with their iconic YouTube music video for their debut single Intro to Shamstep.

They also have a formidable reputation as a live act built on their energetic and intoxicatingly otherworldly live shows. This is demonstrated by their sold-out record release show of their new album at London’s Village Underground and by many others such as in Amsterdam, Berlin, Cairo, Istanbul, Paris. After almost 100 gigs they finished their 2018 tour on a festival in Brazil for 20,000 people in front of their stage. In 2019, the band will tour in North America for the first time.

Beyond their musical influence, 47SOUL are renowned as a voice on social and humanitarian issues – the band’s very name is an allusion to the year before the occupation of Palestine starting in 1948. Their lyrics, mixing Arabic and English, call for celebration and freedom in the struggle for equality, not only in the “Sham” region (Palestine, Syria, Lebanon, Jordan) but around the world.

“With lyrics that are at once intensely political and sweetly universal, this is one “smart party band.” – NPR

The village of Illighadad is only accessible via a grueling drive through the open desert and there is little infrastructure, no electricity or running water. But what the nomadic zone lacks in material wealth it makes up for deep and strong identity and tradition. The surrounding countryside support hundreds of pastoral families, living with and among their herds, as their families have done for centuries.

“Tende” takes its name from a drum, built from a goat skin stretched across a mortar and pestle. Like the environs, tende music is a testament to wealth in simplicity. Songs speak of the village, of love, and of praise for ancestors. It is a music form dominated by women. Collective and communal, tende is tradition for all the young girls of the nomad camps, played during celebrations and to pass the time during the late nights of the rainy season.

Selected Press
“On a world scale, Les Filles de Illighadad have been seminal in altering the musical landscape, infusing ishumar and tende music with the blues and with their personal, powerful femininity, forging a new path for a whole musical genre.” – Strange Sounds From Beyond

KOKOKO! Boston Debut (Democratic Republic of Congo): An amazing alternative scene is thriving far for the occidental fantasies of “world music” including  KOKOKO! whose sound features DIY instruments is explosive and vibrant.

These sounds are emanating from the ghetto and downtown clubs of the Congolese capital in between the government-imposed power cuts. The artists actually bring something alive in the chaos of the 3rd biggest African city. They have strong new ideas with DIY constructed instruments and a powerful and unique drive. This movement is more expressive, lively, spontaneous and direct compared to most big cities’ scenes, like London, Berlin etc… It’s raw, free and open creatively more like NYC in the 70s and 80s or Berlin in the 90s if it has to be compared to artistic movements. It’s inventing everything from nothing and it’s happening now and you can experience it through the recordings, the videos and KOKOKO!‘s incredible live shows.

In the spring of 2018, the band completed their first sold-out European tour – which saw over 800 attending their second ever show in Brussels – KOKOKO! Took their electrifying live show across 19 dates in Europe last autumn. Throughout October and November, they played the likes of Amsterdam Dance Event, Milan’s Linecheck Festival, and headlined their own residency at the 25th London Jazz Festival. 2018 sees them completing another hectic summer with performances at Roskilde, Sonar, Dour, We Love Green, Lente Kabinet, Down The Rabbit Hole and many more. Crowd surfing and encores accompanied the rave reviews as they were constantly referred to as the band to have watched.

Moving into 2019, the band embark on another epic tour which also includes them taking their first footsteps on American soil. This being highlighted by playing none other than the world-renowned SXSW festival in Austin, accompanied by other shows in New York (Baby’s All Right), Los Angeles (Moroccan Lounge), San Francisco (Public Works) and five gigs and the infamous SXSW Festival in Austin. The tour sees them also play in Denmark, Switzerland, Belgium and Germany before the busy summer schedule is upon them once again.

KOKOKO! now have 4 releases in the public mainstream and have collaborated with other African artists on remixes and music. The latest of which being the band’s first official EP, the 5 track Liboso EP, which was released in December 2018 on Transgressive Records whom they recently signed to. With more exciting collaborations in the works, the band are currently concentrating on working towards their debut album, due out in Q2 2019.

“KOKOKO! is an explosive new musical collective that thrives on ingenuity” – TIME

“This is more than survival. This is genius” – AFROPUNK

Marcus Santos’ Grooversity (Brazil/Boston), back for their second year with the BU Global Music Festival, has a special sound and energy inspired by Marcus’ hometown; Bahia, Brazil. This is a very upbeat and interactive show that you can not miss!

Selected Press
“You are about to witness an ensemble that has been  applauded by fans worldwide!” MONTREAL DRUM FEST

The Eastern Medicine Singers (Algonquin/Rhode Island) are a traveling algonquin drum group who create new music and combines stories and culture into the drum experience. They do school and arts & culture shows as well as musical performances, as well as cross culture musical pieces. 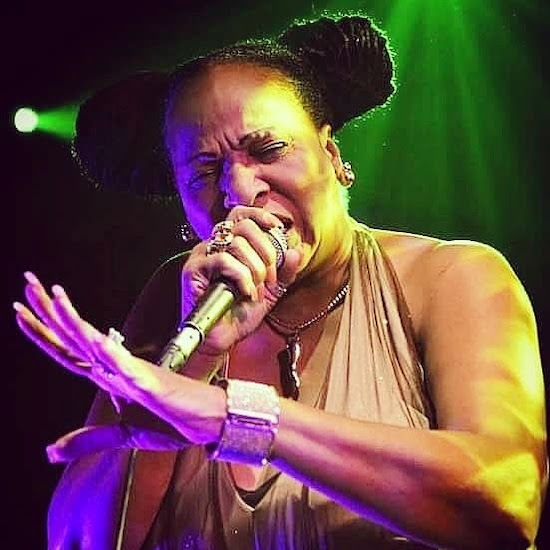 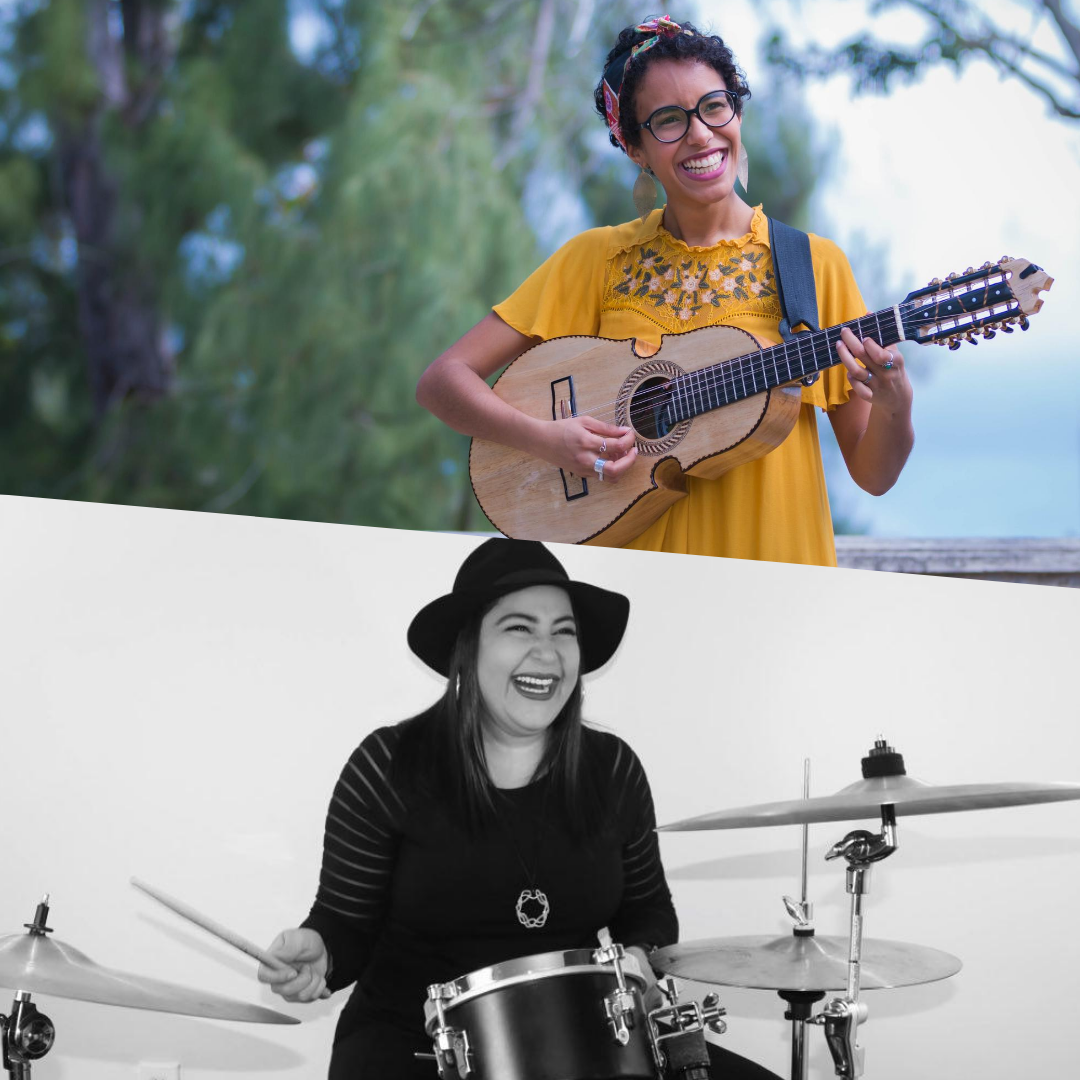 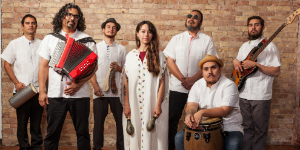 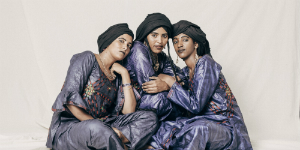 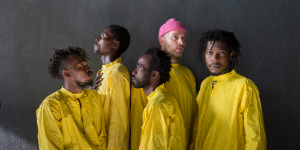 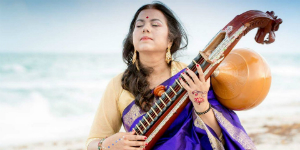 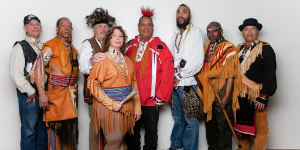