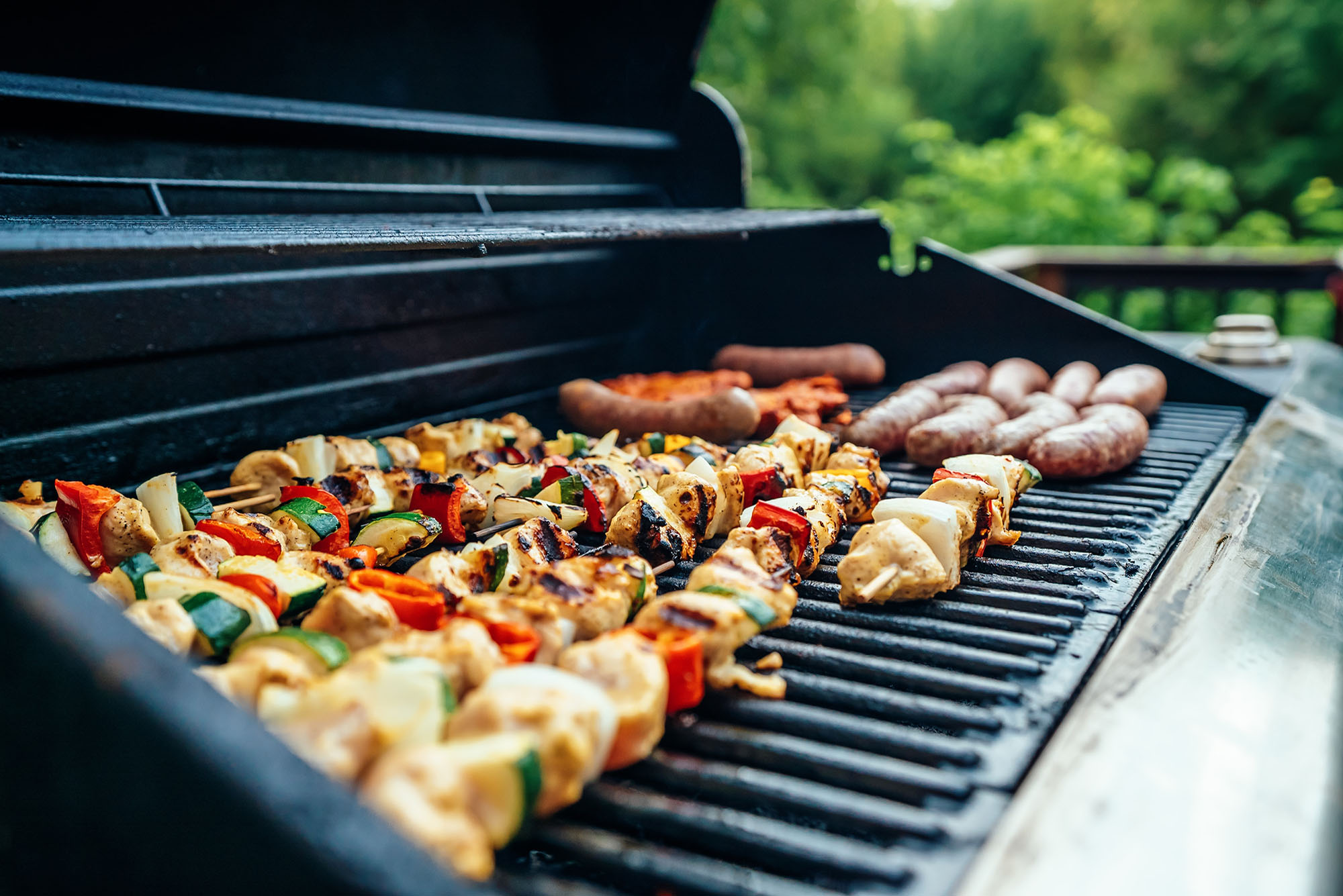 Firing Up the Grill? Why It’s So Hard to Give Up Meat

From the Impossible Whopper to Oatly ice cream, plant-based foods are hitting the mainstream, popping up everywhere from burger chain menus to grocery store shelves. The global market for plant-based dairy and meat alternatives is expected to grow fivefold by 2030 to $162 billion, according to a Bloomberg Intelligence report.

But despite reported health benefits—not to mention ethical and environmental ones—is the average American meat lover ready to switch?

Perhaps not. Although a 2021 CBS News poll found 36 percent of Americans had trimmed the amount of meat on their plates in recent years, the nation still tops most international charts for meat consumption. Americans chowed down on 27 billion pounds of beef in 2020 alone.

Philosopher Victor Kumar has been studying why it’s so hard to shake people from their T-bones and Big Macs. An expert on morality and moral progress, he recently coauthored a paper in the Journal of the American Philosophical Association that looked at the psychology of reducing meat consumption. Kumar, a Boston University College of Arts & Sciences assistant professor of philosophy and head of the BU Mind and Morality Lab, examined the psychological mechanisms that allow carnivores to ignore ethical arguments against meat. He and coauthor Joshua May, an ethicist and cognitive scientist at the University of Alabama at Birmingham, also outlined ways to convince people to switch to plant-based alternatives.

The Brink spoke with Kumar—who also recently coauthored the book, A Better Ape: The Evolution of the Moral Mind and How it Made us Human (Oxford University Press, 2022)—about his findings and recommendations, the impacts and ethics of plant- and animal-based diets, what it means to lead a “reducetarian” lifestyle, and how to make veggie alternatives more accessible for all.

The Brink: From your perspective, what attracts people to a plant-based diet?

Kumar: People want to be healthy and they also want to live up to their moral values. Nearly 70 percent of Americans are uncomfortable with the way animals are used in the food industry. However, as my colleague Joshua May and I argue in a recent journal article, this is generally not sufficient to adopt a plant-based diet. Most people need a community: friends and family who provide social proof that a plant-based diet is worthwhile and feasible.

The Brink: What are some of the biggest misconceptions about leading a vegetarian or vegan lifestyle?

Kumar: Many people think that giving up meat and other animal products is unpleasant, unhealthy, and expensive. Not true. Meat is tasty, sure, but there are tons of delicious vegetarian and vegan meals—so much that you’d never run out. Of course, there are unhealthy vegetarians, just as there are unhealthy omnivores, but it’s possible to get all the calories, proteins, and nutrients humans need through a plant-based diet. And you don’t need to break the bank either—for example, beans and lentils are very cheap sources of protein.

The Brink: How does meat consumption harm the environment?

Kumar: The meat industry harms the environment in many ways. It contributes to water and air pollution, along with habitat destruction through deforestation. But the most serious environmental harm is its contribution to climate change, via animal waste and food transportation. According to one recent analysis, animal agriculture causes over one-sixth of global greenhouse gas emissions.

The Brink: In a recent WBUR op-ed with Joshua May, you describe some of the benefits of becoming a “reducetarian.” What does this lifestyle entail, and how does it differ from being a vegetarian or vegan?

Kumar: Vegetarians and vegans are purists who eliminate all meat or all animal products from their diets. This is admirable, but it’s hard to sustain for some and alienating for many others. Being a reducetarian means embracing impurity: trying to reduce rather than eliminate your consumption of animal products—for starters, eating meat only for dinner or only on weekends. The aim is to continue reducing until you are mostly vegan, but retain the option to eat animal products on special occasions, if you like. Compared to vegetarianism and veganism, reducetarianism is psychologically more feasible and less alienating; while it’s not quite as good as going cold turkey, it’s more likely to catch on and spread.

The Brink: Is consuming meat or other animal products morally wrong?

Kumar: Consuming animal products from humane farms may be defensible, but most of the animal products people eat come from factory farms where animals are tortured while they’re alive and killed without mercy. It’s wrong to support the factory farm industry for the same reason it would be wrong to support any industry—like bullfighting or dogfighting—that inflicts misery on animals just for the sake of fleeting human pleasure. Pigs and cows are sentient creatures, just as capable of pain and pleasure as household pets like cats or dogs. Reducing your consumption is a matter of moral integrity, but if you can also be an example to others, then together we might help bring about the end of factory farming one day through consumer choices and political advocacy.

The Brink: On the opposite end of the spectrum, are there any moral objections or ethical arguments to be made about people maintaining strictly plant-based diets?

Kumar: Yes. For one thing, it’s not just factory farms that contribute to climate change and other forms of environmental degradation. Many plant crops are unsustainable at scale, and environmentalists who have reasons to reduce their consumption of animal products also have reasons to make ethical choices about the plant products they eat. In addition, some vegans and vegetarians can slip into moral superiority. All of us are imperfect, and while it’s imperative to stand up for one’s moral principles, one should do so with humility and kindness.

The Brink: How can we, as a society, work to make plant-based diets more accessible?

Kumar: There’s a lot we can do. We should seek out tasty plant-based recipes and help create a cooking culture that can withstand culinary competition against omnivorous diets. We should end subsidies for animal agriculture and create incentives for producing tasty fake meat, including lab-grown meat. Some people live in food deserts where it’s hard to find cheap, healthy vegetarian food, so we should also advocate for political reforms that generate equality of opportunity and advance animal and environmental justice.

The Brink: What’s the best way to frame plant-based advocacy so that it’s encouraging rather than guilt-inducing?

Kumar: Don’t ask people to give up meat or animal products entirely, which is likely to generate backlash and polarization. Instead, ask people to become reducetarians. That way, they can have their ethical cake and eat it too.

This interview was edited for clarity and brevity. Andrew Thurston contributed reporting to this article.

Firing Up the Grill? Why It’s So Hard to Give Up Meat

There are 13 comments on Firing Up the Grill? Why It’s So Hard to Give Up Meat

Firing Up the Grill? Why It’s So Hard to Give Up Meat
13
share this