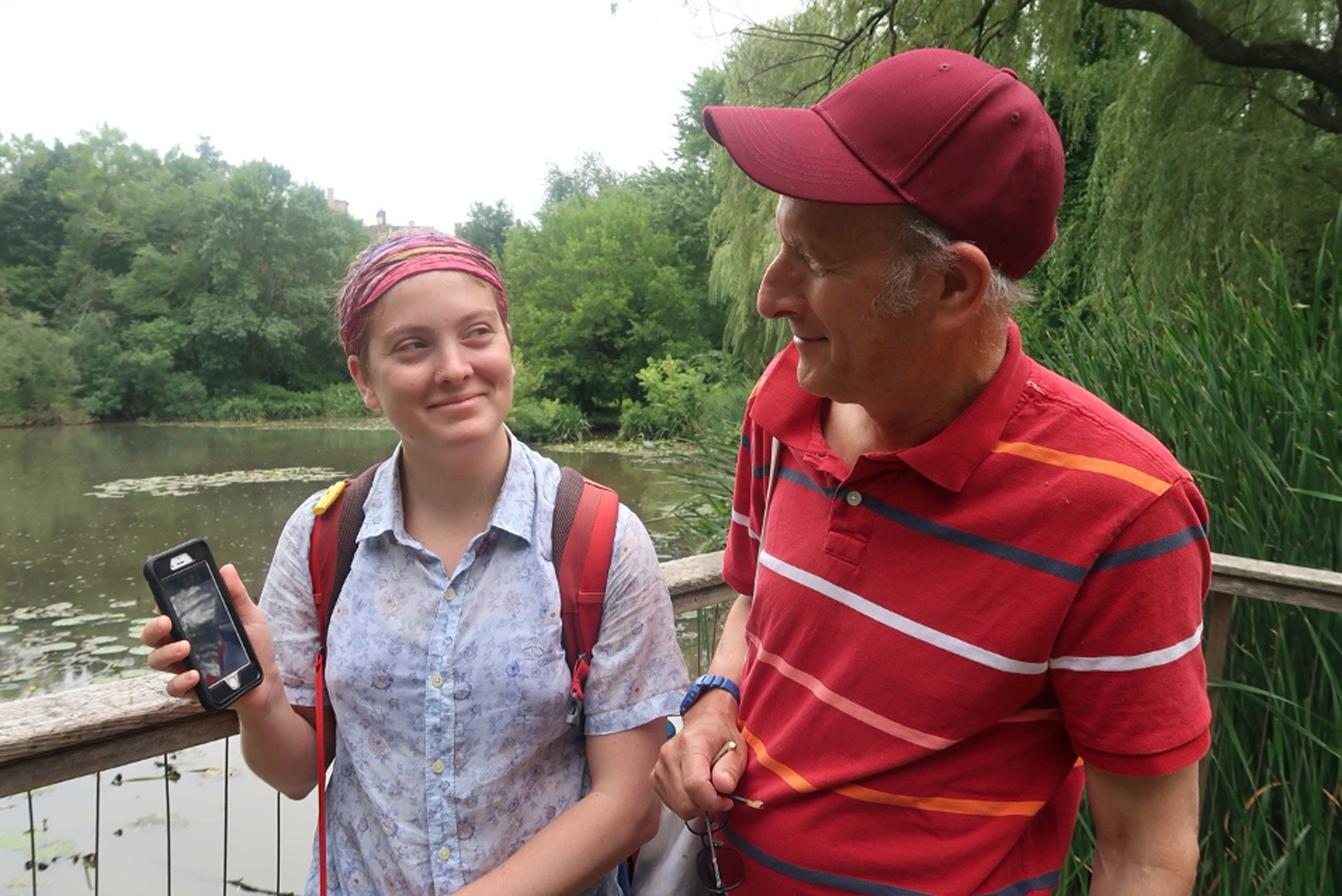 As pandemic lockdowns went into effect in March 2020 and millions of Americans began working from home rather than commuting to offices, heavy traffic in America’s most congested urban centers—like Boston—suddenly ceased to exist. Soon afterwards, the air was noticeably cleaner. But that wasn’t the only effect. A team of Boston University biologists who study how human-related sounds impact natural environments seized the opportunity to learn how the reduced movement of people would impact local ecosystems. They found—surprisingly—that sound levels increased in some nature conservation areas, a result of cars driving faster on roads no longer choked by traffic.

BU ecologist Richard Primack and Carina Terry, an undergraduate student working in Primack’s research lab, ventured into Boston-area parks, iPhones in hand, to take environmental sound recordings to see how sound levels had changed in comparison to pre-pandemic times, when there were more people out and about, construction underway, and cars on the road. Primack, a BU College of Arts & Sciences professor of biology, has studied noise pollution for over four years and has trained over a hundred students and citizen conservationists to collect noise samples in nature sanctuaries across Massachusetts.

The team focused their study on three locations in Massachusetts: Hammond Pond Reservation in Newton, Hall’s Pond Sanctuary in Brookline, and Blue Hills Reservation—by far the largest of the three—which covers parts of Milton, Quincy, Braintree, Canton, Randolph, and Dedham. They collected noise samples from all three parks using a specialized sound-sensing app on iPhones, called SPLnFFT. Then, by referencing the Primack lab’s huge library of previously collected sound data, the study authors compared sound levels collected in the months during the pandemic to measurements collected before the pandemic began. The resulting paper was recently published in the journal Biological Conservation.

They found that Hammond Pond Reservation and Hall’s Pond Sanctuary, both located in suburban residential areas, had lower levels of noise. But at Blue Hills Reservation, they found the opposite—sound levels increased substantially in all areas of the park, “which was very surprising,” Terry says. Blue Hills is a popular destination for local hikes and it is intersected by several major highways and roadways. While there are less cars on the roads these days, the researchers say their sound recordings indicate cars are moving much faster, generating more noise. This finding aligns with a trend that has been observed nationwide—the pandemic has seen traffic jams replaced with increased reports of recklessly fast drivers speeding on open roadways.

“Before the pandemic, traffic was going relatively slow on [I-93] because it was so congested,” says Primack, the study’s senior author. Now, noise from faster-moving cars is “penetrating the entire park,” he says, measuring about five decibels noisier, even in the interior of the park, compared to pre-pandemic times.

“It’s not so much the [number] of cars, but the speed,” says Terry, the study’s lead author. This study was part of her undergraduate honors thesis from the department of earth and environment and the Kilachand Honors College which she graduated from in 2020, and won her the Francis Bacon Award for Writing Excellence in the Natural Sciences.

For animals, road noise (and other forms of noise pollution like leaf blowers and airplanes overhead) can interfere with their ability to hear threats and communicate with each other, especially for certain birds who are vulnerable to predators or who have calls that can’t penetrate through the noise. Noise pollution can then impact which species are able to survive in areas with high noise levels from human activity.

“There’s an increasing volume of studies that say wildlife is very sensitive to noise pollution,” Primack says. “Animals rely strongly on their hearing for detecting predators and social interactions.”

“The big impact [of noise pollution] is the filtering out of which species can live in an area, because if you have a species you need to conserve, you can’t conserve them if they won’t be able to survive in a loud area, or if the conservation area is right by a road,” Terry says.

There are also well-measured health effects of noise pollution on people, according to the researchers, including elevated blood pressure, heart attacks, inability to sleep, increasing irritability, mood changes, and anxiety.

“When you’re [recreating] in a protected [nature conservation] area, people want to relax and experience a natural environment especially after being in the city all day,” Primack says. “If people are hearing a lot of noise, it means they can’t get the rejuvenating effects of the park.”

Primack and his lab will continue to measure noise pollution levels in Boston-area parks and around BU’s campus, documenting how noise levels change as vaccinated people begin to repopulate offices, drive more, and resume more normal activities. Terry is applying to graduate school, where she hopes to pursue further research on wildlife ecology and human impacts on the environment.

And for nature lovers behind the wheel, the takeaway from the study is clear: slow down.

There is 1 comment on Without Commuter Traffic, Pandemic-Era Boston Drivers Are Speeding Up, Increasing Noise Pollution