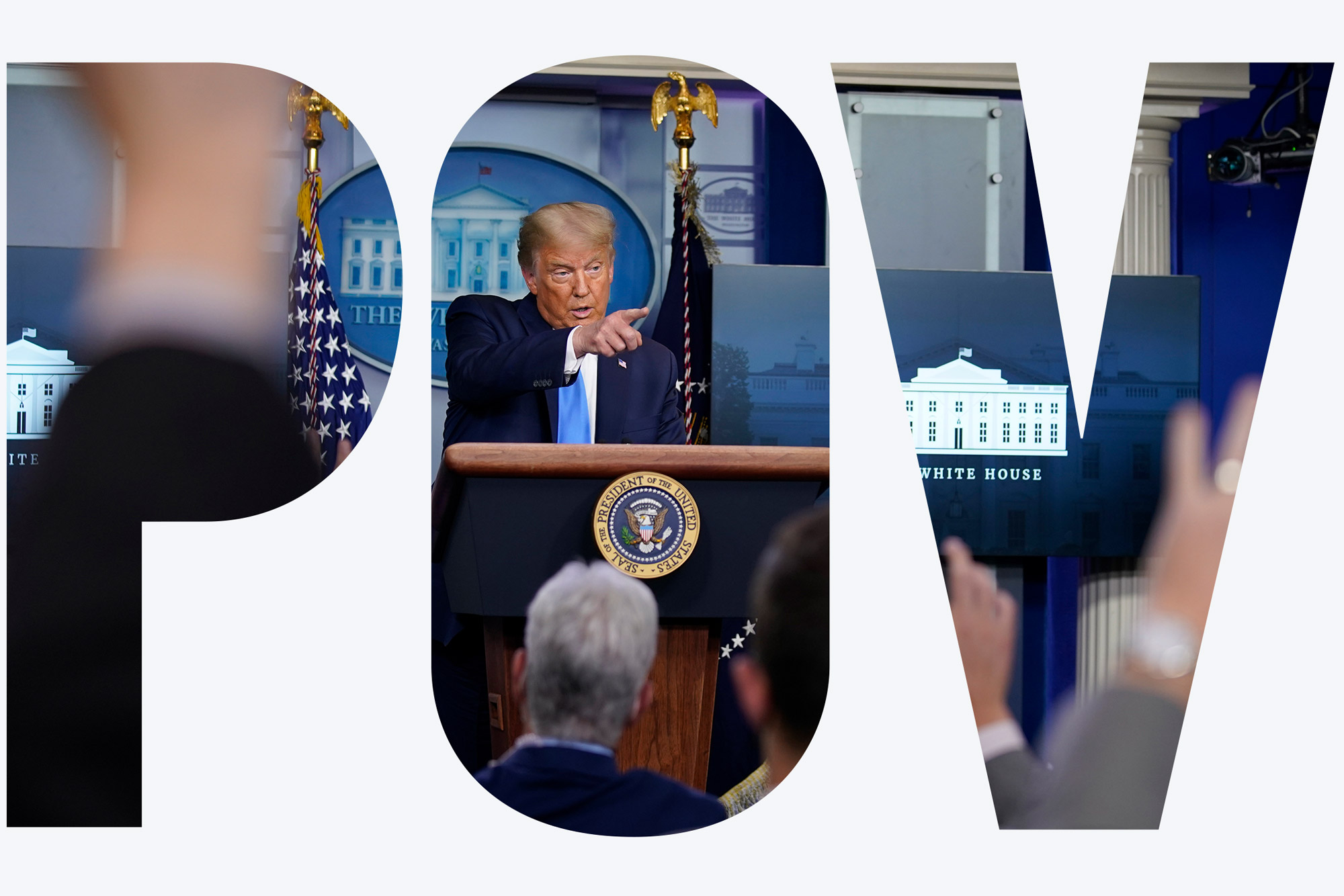 POV: Many Americans Distrust the Media, but It’s Not a New Phenomenon

COM’s Tobe Berkovitz: Trump tainted the environment, but media “had a head start in generating this problem”

Most readers of this piece are likely very satisfied with the current state of the media. They probably also are college-educated, have a job that lets them work remotely, and live in a neighborhood with a desirable zip code.

Many of the 70-plus million Americans who voted for soon-to-be-former President Donald Trump see the media through a different lens. Not all accept the Trumpian trope that the media is fake, but many are likely to believe the media holds them in contempt and fails to accurately reflect their lives.

Let’s look under the hood and evaluate how we got to the current state of the media, which is such an important foundation of democracy.

Complaining about the media is a long tradition in American politics. George Washington bemoaned his treatment by the press. This was the era known as the partisan press since outlets were dominated by the political parties and served as attack dogs brutalizing politicians in the opposing party. President Andrew Jackson was the warm-up act for Trump, with support from the rural masses and constant brawling with the media. Even President Lincoln was not immune from strong criticism and felt under siege during his presidency and reelection campaign.

The modern era of presidential battles with the media was launched by President Richard Nixon and his entourage of hit men, including Pat Buchanan (a Nixon speechwriter and senior advisor) and Vice President Spiro Agnew. The press was termed “the nattering nabobs of negativity” by conservartive columnist and Nixon speechwriter William Safire.

Donald Trump fired the afterburner of hatred and distrust of the media. Unlike his predecessors, his was a relentless 24/7 assault on the entire media ecosphere. Press conferences, White House scrums, appearances on conservative talk radio and cable news, and his ubiquitous use of Twitter drove the message of fake news. In true Trump fashion, he branded the approach for fighting the media.

In isolation, these tactics could be damaging, but because it reinforced preexisting perceptions of the media, and more importantly, disruptions occurring in the media industry, as well as popular culture, technology, and consumer behavior, the impact has been devastating.

There is truth in the phrase the consumer is king/queen. Consumers are their own editors and program executives, selecting content that fits their tastes, ideology, and political leaning. They vote with their mouse and clicker, selecting content they want when they want it. And they have countless options satisfying their partisan preferences. Rachel Maddow, Tucker Carlson, Anderson Cooper, Rush Limbaugh, and an endless smorgasbord of social media and digital choices. It’s all on their mobile devices for constant access.

Trump will be out of the White House, but will he be out of sight and mind?  Not a chance. He is, and always was, the ultimate self-promoter, the maestro of clickbait and ratings gold. Leslie Moonves [Hon.’06], while president of CBS, famously said of Trump, “It may not be good for America, but it’s damn good for CBS.”

Clay Travis writes on OutKick: “Now that he’s lost, they’ve killed their golden goose laying golden eggs.” Much of the media is in economic dire straits, and if it doesn’t have Trump to “kick around anymore,” ratings, readership, and finances will take a hit.

The media has a small festival of introspection after significant changes in the political environment, but will avoid analyzing core problems that caused the decline in public trust.

Leading this parade is how cable news has denigrated the definition of news content. Reporting is out. Punditry is in. Objectivity is out. Partisanship is in. The “panel of experts” has poisoned the well and contributed to the cratering of trust and respect for journalism in general. The battle of the talking heads raises tempers and shakes viewers by their collars, but does little to inform them of the issues affecting their lives.

Clever quips and rapier barbs replace serious discussion. Most of the pundits are former politicians and campaign operatives with an ax to grind and a convenient stage on which to grind it. Reporters invited onto the set sink to the level of clever banter established by the regulars and morph into witty practitioners of the winning sound bite.

The most serious problem facing the media is the domination of Facebook, Twitter, and Google for the consumption of news as well as defining what is news and prohibiting what it blocks as “misinformation and false news.” Silicon Valley becomes the Ministry of Truth. Journalist A. J. Why wrote, “Freedom of the press is guaranteed only to those who own one.” Now owning a printing press is a quaint concept compared to the power of the overlords of social and digital media.

Perhaps too many planets are aligning for the media to recover from the era of Trump. Perhaps too many problems existed before Trump took the escalator down the marble atrium of Trump Tower.

But perhaps the power of the American people will prevail and get the media they ideally deserve.

POV: Many Americans Distrust the Media, but It’s Not a New Phenomenon

There are 5 comments on POV: Many Americans Distrust the Media, but It’s Not a New Phenomenon

POV: Many Americans Distrust the Media, but It’s Not a New Phenomenon
5
share this