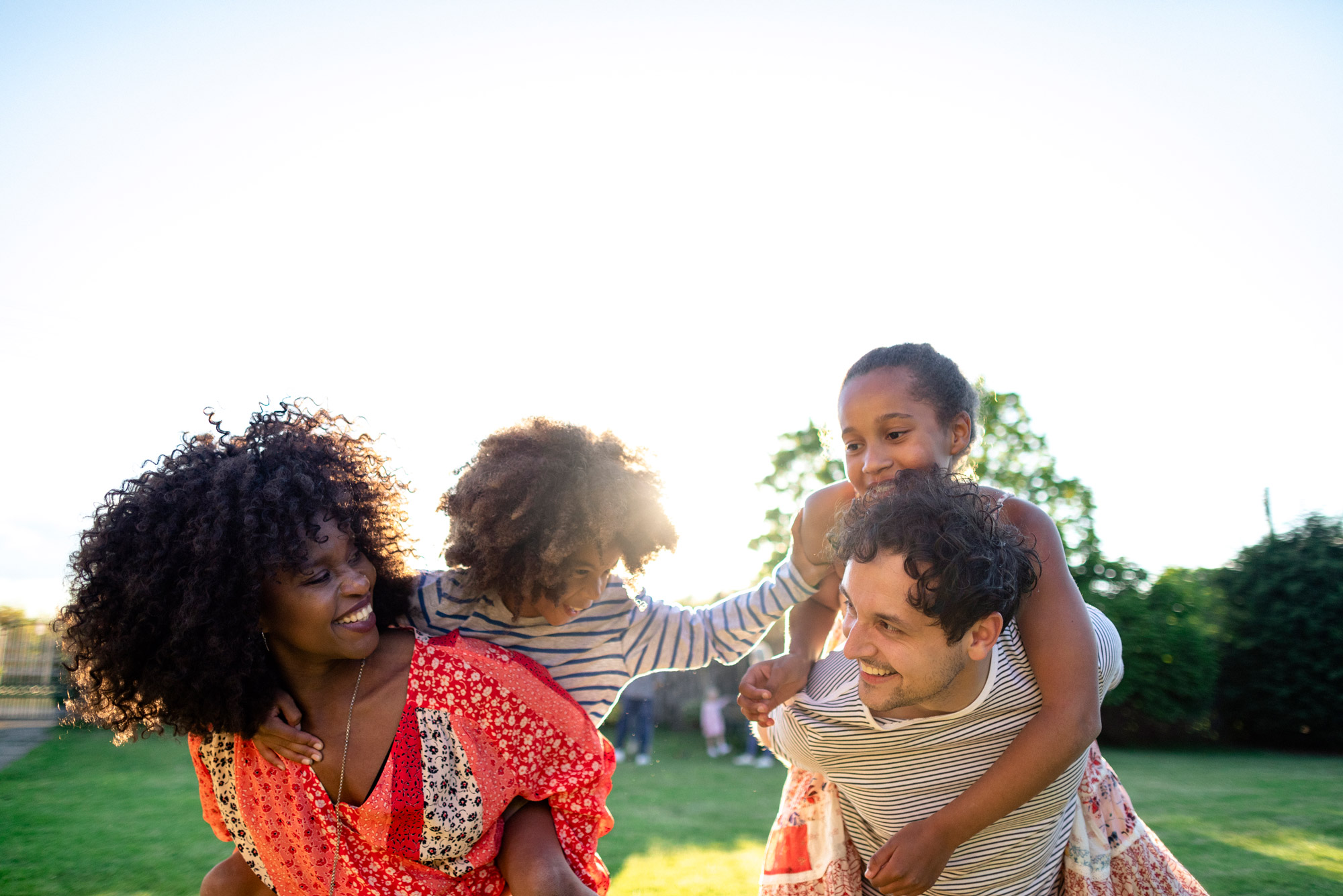 BU social psychologists find that many adults in the United States have false perceptions about how and when kids learn about race, and share how to overcome those perceptions. Photo by SolStock/iStock

Talking to Kids about Race

If Babies and Toddlers Can Detect Race, Why Do So Many Parents Avoid Talking about It?

All too often, kids are given less information than they deserve when it comes to complex phenomena, like how a virus such as COVID-19 spreads or how to confront deeply painful societal issues like racism. If you are a parent or adult who has struggled to talk about race with kids, you are certainly not alone.

“Parents are generally afraid that they don’t have all the answers, and that has to go out the window,” says Judith Scott, a Boston University School of Social Work assistant professor, whose research focuses on how parents can prepare kids to deal with racial discrimination and how families and peers transmit messages about identity and culture to kids. “It’s okay to say, ‘I’m still learning myself,’ and learn together with your children,” Scott says.

Adults avoid conversations with their kids about race for a host of reasons—from feeling unqualified or uncomfortable or like they don’t know enough. Now a recent study from Boston University finds there might be another reason parents hold off on talking about race with kids: adults assume children are too young to be aware of race.

The new data suggest that the majority of adults in the United States have false perceptions about how and when kids learn about race, says BU social psychologist Evan Apfelbaum, a Questrom School of Business associate professor of management and organizations, who coauthored the study with social and developmental psychologists Leigh Wilton and Jessica Sullivan, Skidmore College assistant professors.

To figure out adults’ assumptions about the onset of children’s racial processing, the study authors asked a demographically representative sample of US adults basic questions about childhood development milestones, children’s processing of race, and what factors influence their ability to talk about race. On average, participants were off by about four and a half years when asked when they think kids start processing race, which can begin before one year old. Their data suggest that this misconception was the biggest reason why adults didn’t want to talk about race with kids, even compared to other personal reasons, like feeling uncomfortable or afraid of inflicting racist views.

“I wouldn’t say this is the only reason,” Apfelbaum says. “But it’s a surprisingly large factor, according to our data.” As a follow-up to the survey, participants received a quick science lesson on childhood development and race. And after their lesson, the majority of people were more willing to talk about race with kids, possibly because they were more assured that the kids can handle it.

In their paper, Apfelbaum and his coauthors note that past research has found toddlers and children under the age of five can detect messages and ideas about race, while infants at six months old can notice differences in skin color. By five years old, kids begin to associate racial characteristics with traits, stereotypes, and social status and start to internalize messages about race they have inferred from adults and people around them.

“I’ve had young kids, at four years old, who I’ve worked with come up to me and ask, ‘Why are you brown and I’m white?’” says Scott. And in those situations, “parents freak out,” she says, “because parents automatically associate race with racism.”

With ongoing protests against police brutality, systemic racism, and racial injustice happening across the country since George Floyd was killed last May, Scott and Apfelbaum agree that now is as good a time as ever to talk honestly about racism, since young kids and teens are very likely putting pieces together themselves or possibly talking and sharing information on social media with their peers.

Even if children are a bit older, there’s still time for parents and educators to start talking about race. “There’s work to be done earlier, but kids start to develop a more sophisticated understanding about unfairness and inequality in society and about how their actions will be perceived by others at around 10 years old,” Apfelbaum says.

“Kids understand the nature of unfairness,” says Scott. “And I think that foundation is a way to start having conversations about racism.”

Netflix sci-fi series Raising Dion is a great example of why some parents have to start talking about racism, Scott says, because in one episode, Dion—who is a young Black boy with superpowers—is distressed after experiencing discrimination in school and his mother has to talk to him about racism for the first time. It’s important to keep in mind that motivations for having these conversations differ; it could be triggered by something on the news, times that kids are hearing about racism issues at school or experiencing racial discrimination themselves, or talking about race with peers. Scott has found in her research that context is crucial when families decide how to talk about race and racism as issues or questions arise, since every situation and child is different.

Generally, when it comes to engaging kids and teens in conversations about racism, Scott emphasizes using the power of stories and positive examples. Such stories could be about young activists fighting against racist systems, like 13-year-old Mari Copeny—better known as “Little Miss Flint”—who spoke up about environmental racism with the ongoing water crisis in Flint, Mich.

“It’s important for kids to understand that society is trying to do something about it, and people are fighting the fight,” says Scott. The key is understanding your child, seeing if they want opportunities to engage in small or big ways, and to keep checking in.

“As kids get older, the information you give them about race and racism has a different meaning to them because of where they are developmentally or their experiences, and so if your child is 12 or 14 and the last conversation you had about race was when they were 8, that is not going to cut it,” says Scott. Contributing with small actions, making signs, drawing positive messages or images on the sidewalk, or even attending a protest or organizing virtual events are a few possibilities for kids who want to engage in antiracism work.

“For parents of color, people who have had bad experiences, it’s important to—after those conversations—take care of yourself,” says Scott. “Finding time to talk about these things when you’re emotionally ready, and only if you’re ready, is okay.”

If Babies and Toddlers Can Detect Race, Why Do So Many Parents Avoid Talking about It?

There are 2 comments on If Babies and Toddlers Can Detect Race, Why Do So Many Parents Avoid Talking about It?

If Babies and Toddlers Can Detect Race, Why Do So Many Parents Avoid Talking about It?
2
share this