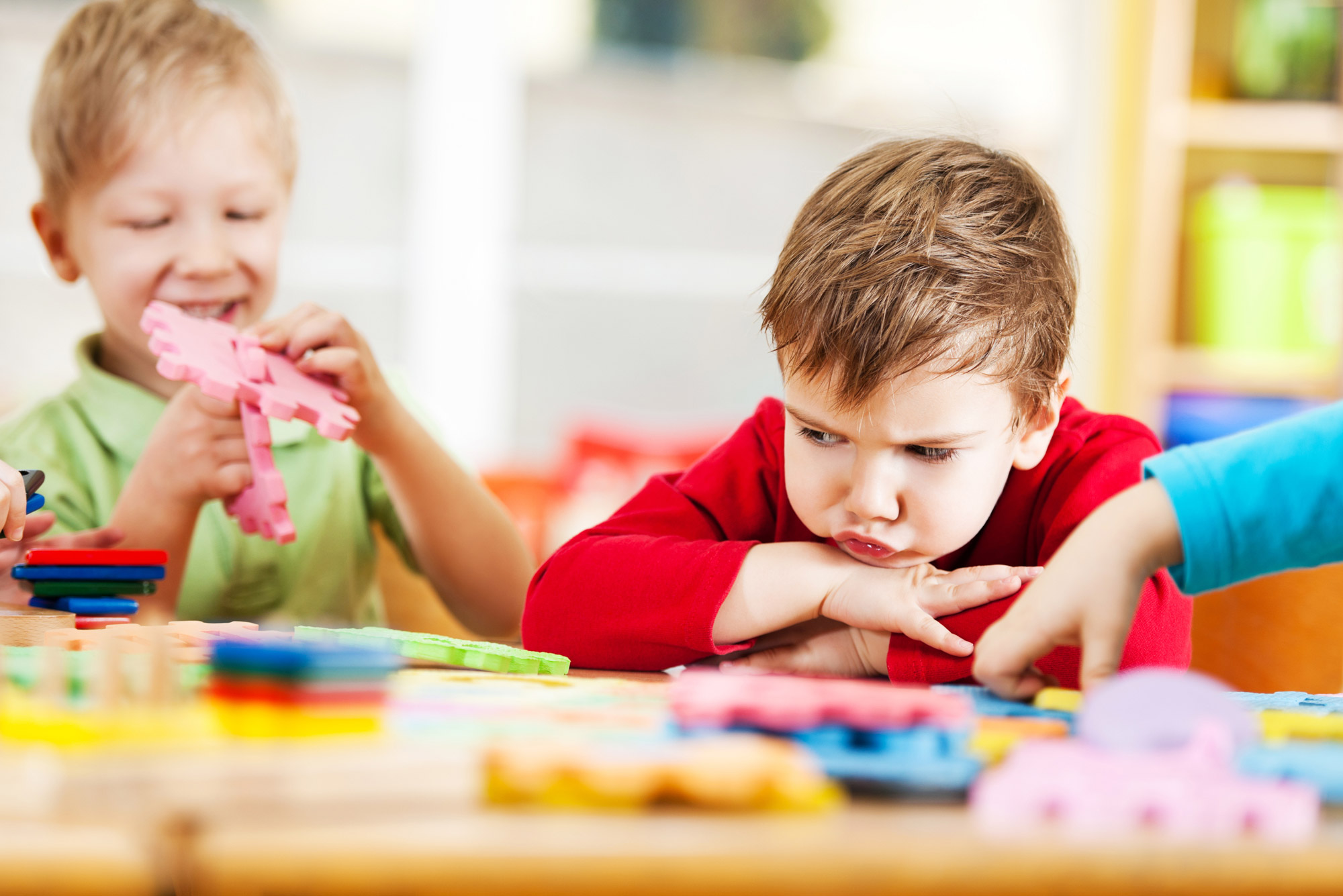 If your child exhibits antisocial behaviors every now and then, don’t despair. Parents can help reinforce behaviors they want to see, like laughing when their children act playful, to promote social behaviors. Photo by skynesher/iStock

Ever wondered if your child’s demeanor can reveal how their personality might develop in the future? And does their seeming lack of remorse over scribbling a Sharpie on the coffee table indicate something more sinister?

Boston University psychologists Nicholas Wagner and Kimberly Saudino say the early appearance of callous-unemotional (CU) behaviors, such as guiltlessness and a lack of empathy, predicts the risk for a child to develop persistent antisocial behavior and aggression later in life. But how do you spot early CU behaviors in toddlers? In a study published in Psychological Medicine, they explored the early development of CU behaviors, watching hundreds of young children play games in a social context, and found that fearlessness and low interest in social connection can be warning signs that CU behaviors may lie ahead.

Participants in the study—227 twin pairs from the Boston University Twin Project—were asked to complete two laboratory visits, once when they were 3 years old and again at the age of 5. During each session, the researchers observed the toddlers engaging in a variety of tasks, including bead sorting and a pop-up snake game, while interacting with their parents and the research assistants. The extent to which the children demonstrated behavioral fear in social situations and their desire to interact with the people around them was coded and observed by Wagner and Saudino’s research team.

Their findings? Children who showed less fearful behavior and low interest in social interaction in the first session were more likely to display CU behaviors (guiltlessness and a lack of empathy) during the second session. While observing parent-child interactions, they also found that children with the highest levels of CU behaviors also tended to experience harsher parenting—perhaps because those children don’t respond to punishment the same way children without CU traits do, the researchers say.

“You can imagine a scenario where a parent asks a kid to do something, the kid responds ‘no’ and is defiant and aggressive, the parent meets that with more aggression and defiance, and it just cycles out of control,” says Wagner, a BU College of Arts & Sciences assistant professor of psychological and brain sciences. Punishments tend to be less effective for fearless children, he adds: “There is no fear of punishment [and it] is less likely to change their behavior.”

Focusing more on rewarding desired behavior may be more effective for children with CU traits, Wagner says. To that end, he recommends teaching parents how to promote affiliation. By discussing emotions with their children, encouraging eye contact, and bringing attention to the thoughts and feelings of others, parents can foster the development of valuable interpersonal skills. “It’s definitely not a one-size-fits-all kind of thing when it comes to intervening, and that’s what this type of work is helpful for,” he says.

Wagner and Saudino continued their research on the early risk factors underlying CU behaviors in a second study published in the Journal of Child Psychology and Psychiatry, which examined imitation as a form of social bonding in toddlers with CU traits. A key strength of both studies, Wagner and Saudino say, is that they involved direct observation of behaviors instead of relying on parent reports and questionnaires.

“A lot of research in my area has relied on parent ratings of both child behavior and child behavior problems,” says Saudino, a BU College of Arts & Sciences professor of psychological and brain sciences. “What we tried to do in both of these studies was to use a wide range of lab-based, objective measures of the behaviors we were looking at.”

To observe imitation, the experimenters demonstrated a task, such as pushing a cracker through a tube while saying, “putt, putt, putt!” They then asked the toddlers to perform the same task to see whether they would only imitate the instrumental actions, like pushing the cracker, or if they would imitate the arbitrary actions—“putt, putt, putt!”—as well. They found that the children with more CU traits imitated the instrumental actions necessary to complete the task, but tended to skip the arbitrary ones.

“One of the main reasons kids imitate arbitrary [actions] is to build social connection,” Wagner says. However, children at risk for CU traits, he says, are “seemingly less concerned with building social connection with the people around them.”

Still, if your child exhibits antisocial behaviors every now and then, don’t despair. Instead, take notice of repeated patterns and evidence of enduring character traits rather than isolated behaviors. Parents can reduce CU risk by making up silly games or being goofy with their children. Reinforcing behaviors they want to see, like laughing when their children act playful, can also help promote social behaviors.

“For both of these studies, our goal is not to scare people,” Wagner stresses. “If in one situation a kid fails to imitate something that’s arbitrary or doesn’t seem as scared as they should be in a certain setting, that shouldn’t necessarily raise any alarms.”