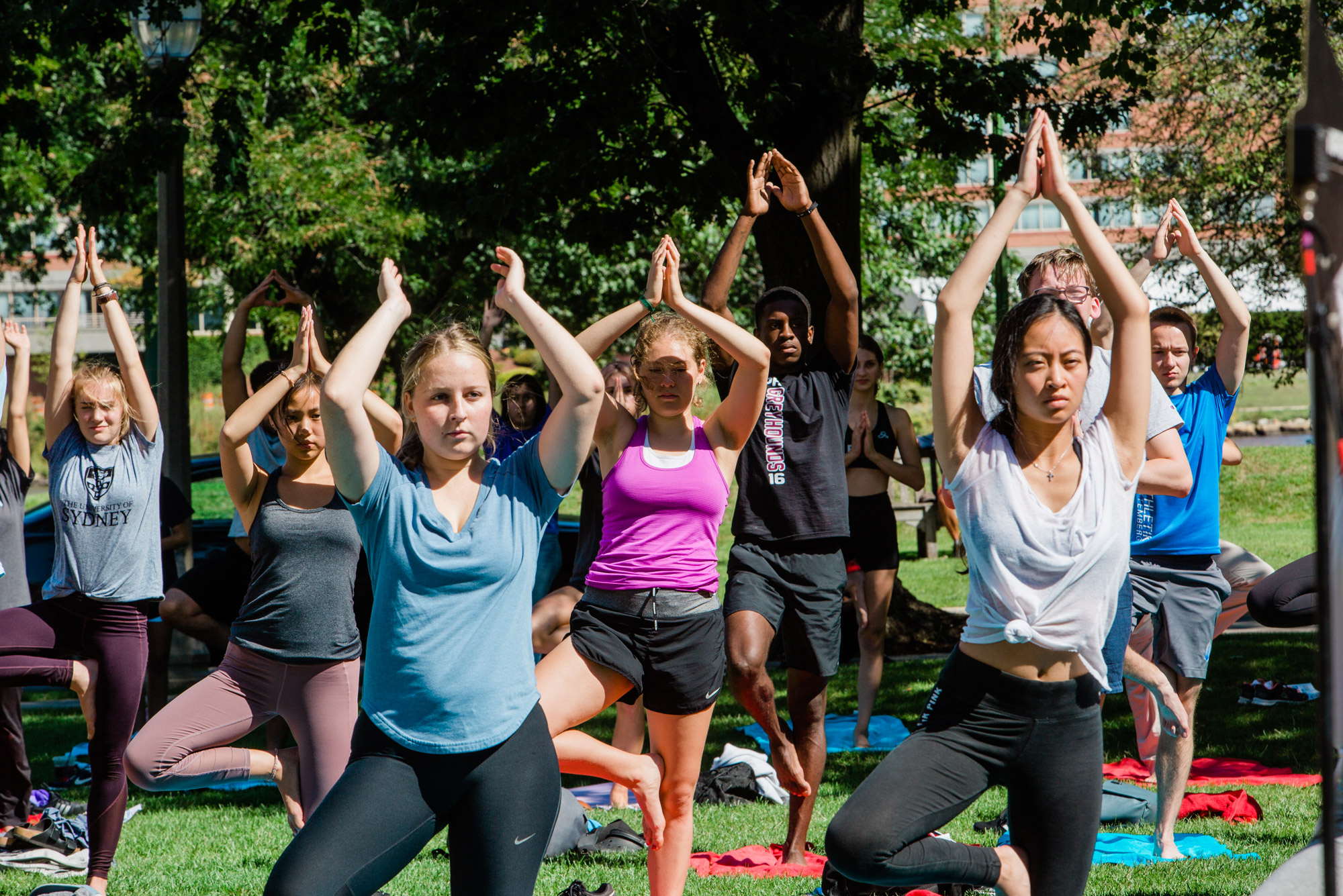 Scientific studies already support the idea that yoga practice can reduce symptoms of depression. Now, new research over the course of a three-month study from Boston University School of Medicine provides clear evidence that yoga and breathing exercises can improve symptoms of major depressive disorder (MDD) in both the short term—with each additional session—as well as cumulatively in the longer term.

“Think of it this way: we give medications in different doses in order to enact their effects on the body to varying degrees. Here, we explored the same concept, but used yoga. We call that a dosing study. Past yoga and depression studies have not really delved deeply into this,” says the paper’s corresponding author, Chris Streeter, a MED associate professor of psychiatry.

To study the dosing effects of yoga, Streeter and her collaborators randomly divided a group of 32 clinically depressed patients into two groups. Both groups engaged in coherent breathing and Iyengar yoga—which emphasizes correct alignment, detail, and precision of balance in each yoga position—with the only difference being the number of instructional and home sessions in which each group participated. Over three months, the high-dose group (HDG) spent 123 hours in sessions, while the low-dose group (LDG) spent 87 hours practicing breathing and yoga techniques.

Results showed that within a month, both groups’ sleep quality significantly improved. Tranquility, positivity, energy levels, and symptoms of both anxiety and depression significantly improved in both groups, as well. Over the course of three months, cumulative improvement was observed. The research team published their findings November 13, 2019, in the Journal of Psychiatric Practice.

“Providing evidence-based data is helpful in getting more individuals to try yoga as a strategy for improving their health and well-being. These data are crucial for accompanying investigations of underlying neurobiology that will help elucidate ‘how’ yoga works,” says study collaborator and coauthor Marisa M. Silveri, a neuroscientist at McLean Hospital and a Harvard Medical School associate professor of psychiatry.

Depression, a condition that affects one of every seven adults in the United States at some point in their lives, is typically treated with a variety of modalities, including counseling (especially cognitive behavioral therapy) and medication. Prior research has shown combining counseling and medication has greater success than either treatment alone. This small study provides evidence that adding yoga to the prescription may be additionally helpful, although the researchers note that studies with more participants would be useful in further investigating yoga’s benefits.