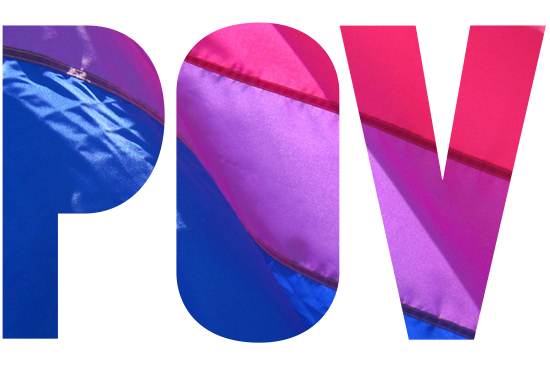 This weekend marks the city of Boston’s 49th annual Pride celebration, when members of the LGBT+ community and their allies will march, dance, sing, and honor their own identities and those of other queer folks in Boston and all over the world. Throughout Pride Week (May 31 to June 9), some have likely referred to the celebration as “gay pride.” The term “gay” is often used as a shorthand that is supposed to capture everyone who isn’t straight or cisgender. Focusing solely on sexuality, referring to the community as “gay” typically includes only those who experience attraction to people of their same gender.

Who is forgotten? What about the “B” in LGBT+, who make up 40 percent of the queer population? Bisexual people, who may be attracted to other people of their own gender as well as those of any and all other genders, are often misunderstood and may experience prejudice based on their sexuality. Like homophobia, the term biphobia refers to the discrimination, oppression, and trauma many bisexual people face, and it can contribute to multiple negative health effects.

As a whole, queer people who come out to their medical providers are able to get care that reflects their specific needs, but this can potentially lead to homophobia if the medical provider or their team are not supportive. This is especially true for bisexual people; almost half of bisexual people report experiencing biphobia in a medical setting. As a result, only about two-thirds of bisexual people come out to their doctor, compared to nearly 90 percent of gay men and lesbians. For some people, the stress isn’t worth it, so they stop seeking preventive medical care. Bisexual people are more likely to have high cholesterol, asthma, cancer, heart disease, and obesity, all health effects that may be helped by seeing a doctor regularly.

Bisexual people are also more likely to have poorer sexual health, often stemming from a lack of resources and education that is specific to their needs. Compared to heterosexual and gay/lesbian people, bisexual people are more likely to engage in risky sexual behavior, including lack of condom use, substance use with sexual activity, and not getting tested for STI/HIV. Bisexual women are also at greater risk for intimate partner and sexual violence. A staggering three out of four of bisexual women in the United States have experienced sexual violence in their lifetime; less than half of heterosexual women and lesbians have had such violence enacted upon them. Research indicates that this may be due to male partners fetishizing their female partner’s attraction to women, thereby dehumanizing her and making it easier to justify violence.

Bisexuals are exposed to what’s often referred to as “double discrimination” as well. Simply put, this refers to the fact that biphobia and stigma can come not only from dominant straight culture, but also from other queer individuals. In fact, even at LGBT+ events like Saturday’s Pride Festival, many bisexual people feel unwelcome. Too many nonbisexual people believe that bisexuality isn’t a valid sexual orientation. And sometimes, even If they acknowledge bisexuality is real, biphobic myths that bisexual people are immoral or untrustworthy persist. It’s no surprise that many bisexual people feel cut off from, and unaccepted by, both groups. Most gay men and lesbians come out to their loved ones; most bisexual people never do. This all leads to similar mental health effects that arise with homophobia. The queer population as a whole experiences higher rates of depression, binge drinking, self-harm, and suicidality than the straight population. That said, compared to all other women, bisexual women are more likely to have an eating disorder, experience high levels of stress, and engage in substance use.

So, how can we stop neglecting the bisexual population? For one, we should allocate more resources to bisexual populations. From 1970 to 2010, less than 0.02 percent of funding to LGBT+ organizations went to those focused specifically on bisexual people. Additionally, medical providers can do more to show their support for bisexual people. For example, intake forms can give patients an option to more comfortably come out, leaving space for “other” sexualities than those listed. Providers can also ask patients what kind of sex they are having to better assess risk without forcing patients to label themselves. We can also change the cultural assumptions about bisexuality, both among the straight majority and among fellow members of the LGBT+ community. Allies and advocates can help raise awareness of these health effects and call out biphobia when they see it. Earlier efforts to combat biphobia are working; younger people are much more accepting of bisexuals than older generations. The “B” in LGBT+ deserves to be celebrated and honored. This Saturday at Pride, we can all stand against biphobia and start improving the health of bisexual people.

There are 9 comments on POV: What about the “B” in LGBT+?