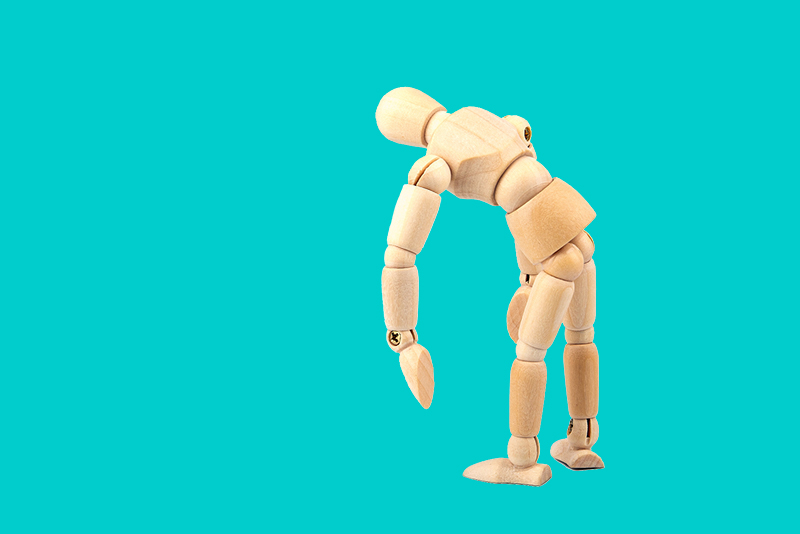 More than nine million Americans know the scary feeling: sudden, severe shoulder pain and the sensation that their arm feels stuck, unable to move. “Frozen shoulder” is a common condition that happens when the connective tissues around the shoulder joint become thickened and stiff, often a result of trauma, extended use, immobilization, surgical procedures, or inflammation.

It affects more women than men, and typically strikes people between the ages of 40 and 60. Steroid shots or pain medications can sometimes manage symptoms of frozen shoulder, but there’s no easy cure. As a last resort, invasive surgery can sometimes restore range of motion and relieve pain. So when Beth Israel Deaconess Medical Center (BIDMC) orthopedic surgeon Edward Rodriguez had a startling realization—some of his patients experienced lasting relief from their frozen shoulders after becoming pregnant—he hoped it could lead to a better noninvasive therapy and turned for help to Boston University scientist Mark Grinstaff, a College of Engineering Distinguished Professor of Translational Research, and his research group. The Grinstaff Group, a lab bridging BU’s College of Engineering and College of Arts & Sciences, is doing research at the intersection of biomedical engineering, chemistry, and materials science engineering.

Guided by Rodriguez’s hunch that biochemical changes related to pregnancy could be responsible for melting away a frozen shoulder, the team of researchers, including BU graduate student Will Blessing from Grinstaff’s team, dove headfirst into reading everything known about pregnancy hormones.

The team’s interest was piqued by a natural hormone called “relaxin,” which pretty much does what its name indicates. It helps tissues stretch, an important capability for a woman’s body to adjust to pregnancy and prepare for childbirth. Relaxin is present in all men and women at a low baseline level, but when a woman becomes pregnant, her body begins producing relaxin to a much higher degree.

“In everyone, relaxin helps maintain the structure of tissue so that it can function properly and not be absolutely rigid,” says Blessing, who is earning a PhD in chemistry at BU. “Pregnancy kicks it into overdrive because it helps prime the uterus for childbirth and loosens up and dilates blood vessels to account for carrying blood for an extra person, without increasing the burden on the mother’s heart.”

“It’s an especially cool finding because the answer was in front of our eyes the whole time—relaxin is found in all of us naturally.”Will Blessing

Could relaxin be the reason why pregnant women found relief from a frozen shoulder? To find out, Blessing, Grinstaff, and research collaborators at BIDMC, led by Ara Nazarian, tested the effects of administering relaxin to rats with stiff shoulder joints. By giving relaxin in the form of several injections directly to the shoulder joint, they discovered they could restore the shoulder’s full range of motion. They published the results of their study on June 3, 2019, in Proceedings of the National Academies of Science.

“It’s an especially cool finding because the answer was in front of our eyes the whole time—relaxin is found in all of us naturally,” Blessing says.

He credits Rodriguez for noticing a link between pregnancy and improved frozen shoulder over the course of routine checkups with his patients. Instead of just chalking it up to being a fluke, Blessing says, Rodriguez realized it could be a clinically significant observation.

For the millions of people currently coping with frozen shoulder, or any other frozen joint, the discovery brings hope that a cure is within sight. Known medically as arthrofibrosis, frozen joints affect more than five percent of the general population. For a good sense of just how common the condition is, just look to people who have undergone ACL reconstruction surgery. A third of them will go on to develop arthrofibrosis in their affected knee.

Depending on joint location and how stiff it becomes, people with a frozen joint can experience reduced quality of life and be limited in performing even the most basic activities of daily living and self-care. It can also impact their ability to work and to drive a car. If a patient doesn’t respond to currently available steroid and pain management treatments, their disability can be considered permanent.

“While more research is needed, repurposing this pregnancy hormone as a treatment for arthrofibrosis could provide an unprecedented opportunity,” said Nazarian, one of the study’s co–corresponding authors, in a BIDMC press release.

Blessing says he remembers his own mother struggling with a frozen joint while he was growing up. “My mom had a frozen elbow…. I remember she’d be going to the doctor to get [steroid] shots with a huge needle.”

Although their research is preliminary, Blessing is hopeful they can advance their findings so that it can help people with frozen joints go about their everyday routines more easily, no longer restricted by an elbow or shoulder that won’t move as they need it to. “Someday, this might actually reverse the disease,” he says.

This research was supported by Tom and Phyllis Froeschle and the BU Ignition Award.

A Surprising Step Toward Melting Away “Frozen Shoulder”

A Surprising Step Toward Melting Away “Frozen Shoulder”
1
share this