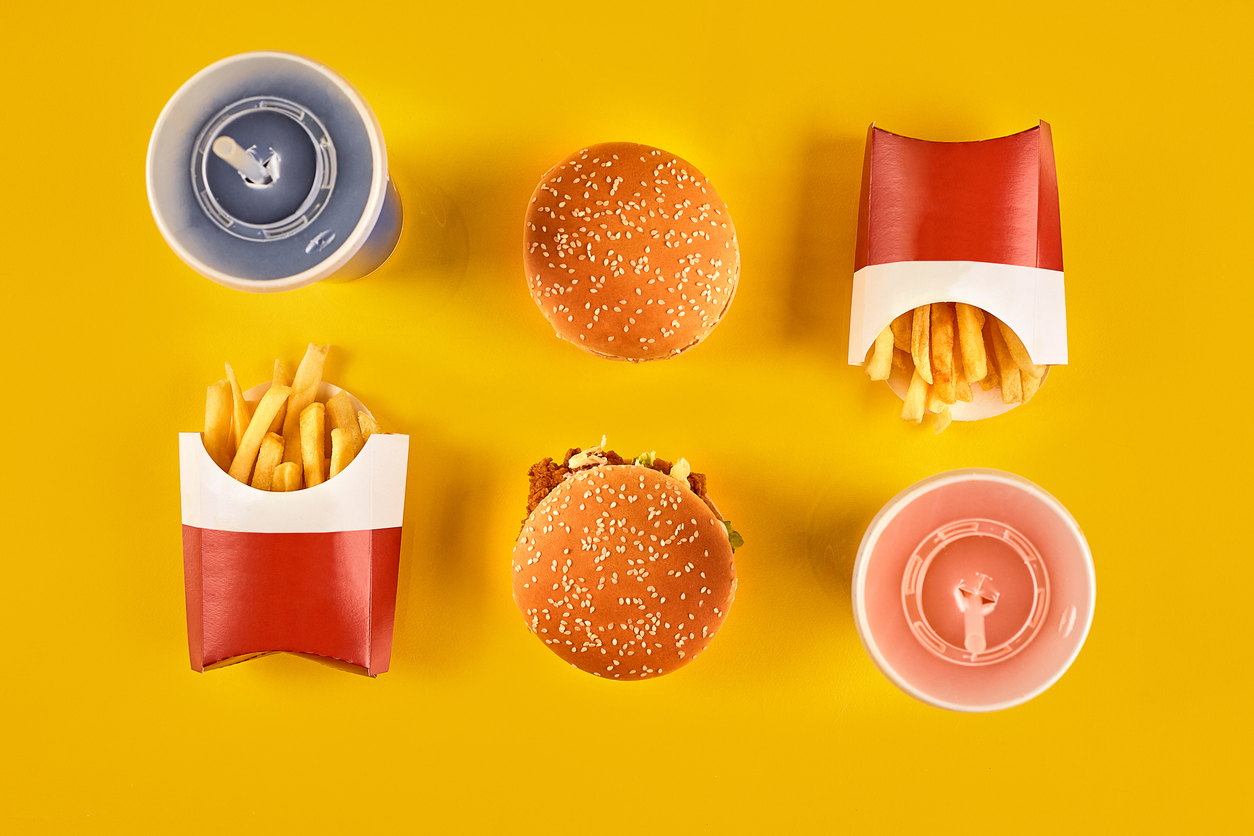 Since they first started popping up across America in the 1950s, fast food restaurants have drastically changed food culture. A meal that was once made slowly has now been pushed to the peak of efficiency and can be eaten on-demand almost 24/7. While this easy access to food certainly has its benefits—cost effectiveness and time saving, to name a few—its popularity has been instrumental in upping our nation’s consumption of low-nutrient and high-calorie meals.

Today, fast food makes up 11 percent of adult energy intake in the United States and has been implicated in rising rates of obesity, diabetes, and heart disease. A new study looking back at fast food’s evolution over the last 30 years could help explain why these health issues have become more common. In a paper published in the Journal of the Academy of Nutrition and Dietetics, researchers from Boston University and Tufts University report that meals have packed on more calories and salt over the years.

It’s the longest-spanning and most in-depth look at fast food’s caloric energy and nutrient makeup, decade over decade, that has ever been conducted, according to Megan McCrory, research associate professor at BU’s College of Health & Rehabilitation Sciences: Sargent College and the lead author on the paper.

The researchers looked at menu items from ten different fast food restaurants, including crowd favorites like McDonald’s, Dairy Queen, and KFC. Using three specific years (1986, 1991, and 2016) as snapshots, they calculated how portion size, energy content, and nutrient profiles have changed over the three decades.

To do so, they first had to collect, categorize, and analyze 1,787 menu items, information they gathered from the restaurants’ websites or from analog copies of The Fast Food Guide.

Once they had standardized their data, which McCrory says had to account for the fact that not all item names or energy descriptions were consistent across restaurants and time periods, they grouped the items into three categories: entrées, sides, and desserts.

Between 1986 and 2016, McCrory says the researchers calculated that the number of items offered on restaurant menus grew a staggering 226 percent, an average of 22.9 items per year. Along with the menu expansions, they found that portion sizes and calories had increased as well.

McCrory says that fast food’s sodium content—too much of which can increase blood pressure and risk of heart disease—has consistently grown higher over the years. Based on a 2,000-calorie-per-day diet, fast food has steadily undergone an increase in the percentage of recommended daily values of sodium, creeping up 4.6 percent for entrées, 3.9 percent for sides, and 1.2 percent for desserts on average each decade.

“Although these increases seem desirable, people should not be consuming fast food to get more calcium and iron in their diet because of the high calories and sodium that come along with it,” McCrory says.

While this research, funded in part by the U.S. Department of Agriculture, provides a much-needed perspective on the incremental changes that have accumulated in fast food over the past 30 years, McCrory says that new research should focus on the changes that still need to be made. According to the National Center for Health Statistics, 36.6 percent of US adults consume fast food on any given day, and McCrory says it’s time they have healthier paths to choose from when eating at those restaurants.

“It doesn’t seem like fast food is going away anytime soon,” says McCrory. “I think we need more research into what kinds of solutions are going to help people make better choices at fast food restaurants” and to find “alternatives to eating fast food in the first place.”

Fast Food Restaurants Have Expanded More Than Their Menus